SNS: "Extremism" in Hungary a danger

AS RIGHT-WING protesters battled police in the streets of Budapest for the third night in a row, in Bratislava the ruling far-right Slovak National Party (SNS) warmed its hands over the flames, warning on September 21 of the spread of "extremism and chauvinism" in Hungary to its regional neighbours and the rest of Europe. 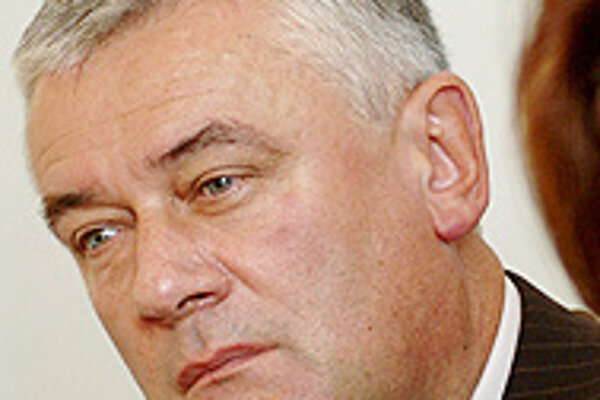 Font size:A-|A+  Comments disabled
AS RIGHT-WING protesters battled police in the streets of Budapest for the third night in a row, in Bratislava the ruling far-right Slovak National Party (SNS) warmed its hands over the flames, warning on September 21 of the spread of "extremism and chauvinism" in Hungary to its regional neighbours and the rest of Europe.

"Extremism and chauvinism in Hungary is in danger of becoming a political trend," said Anna Belousovová, deputy chairperson of the SNS.

The riots in Hungary, which were subsiding as The Slovak Spectator went to print, were the worst the country has seen since the end of communist rule in 1989, with over 110 injured and 300 arrested in the first three nights. They were triggered by a leaked tape in which Hungarian Prime Minister Ferenc Gyurcsány admitted that his socialist government had lied to the public about the state of the economy before April general elections.

While a crisis for Hungary, the unrest is expected to take the international heat off the Slovak government, where the participation of the xenophobic SNS has raised concerns of a possible rise in ethnic tensions in Central Europe.

"The remarks of the SNS on the situation in Hungary were merely propaganda," said Ivo Samson, a senior research analyst with the Slovak Foreign Policy Association, for The Slovak Spectator.

"The right-wing and nationalist forces in Hungary that were mobilized [by the leak of the tape] are a danger only to the left wing in that country, not to anyone else.

"However, the fact that pictures of Hungarian extremists are now being carried by all the world media is clearly a source of satisfaction for the SNS."

The main platform of the SNS is Slovak nationalism and anti-Hungarian xenophobia. Slota has repeatedly made remarks critical of Hungary and Slovakia's 500,000-strong ethnic Hungarian minority in the past, and in one speech urged his compatriots to "get in tanks and go level Budapest".

The decision of the socialist Smer party, the winner of June elections, to form a government with the SNS was strongly criticized by the Party of European Socialists, which has threatened to suspend Smer if it does not part ways with the SNS by its next congress in October.

Samson said the riots in Hungary could damp international criticism of the SNS.

"Ever since [Slovak PM Robert] Fico agreed to work with the SNS, his government has carried the label of xenophobia and nationalism, and has been under enormous pressure," the analyst said. "Events in Hungary are very useful to the Slovak government from this point of view, because all of a sudden Slovakia is no longer seen as the source of regional tension, and can even portray itself as the victim.

"It's a classic diversion, and I think it may work. While all the conditions are still there for the Party of European Socialists to suspend Smer, the issue is no longer as clear as it was a month ago."

At the first press conference the SNS has held since forming a government coalition with Smer and the inscrutable Movement for a Democratic Slovakia, leader Ján Slota also called on the chairman of an opposition party representing ethnic Hungarians in Slovakia, Béla Bugár, to resign.

Bugár, Slota said, had violated the constitution and broken his MP's oath in allegedly calling on Hungarian politicians and diplomats to take action against the Slovak government.

"A constitutional representative of the Slovak Republic is absolutely forbidden from communicating with politicians from a foreign state and challenging them to take steps against his own homeland," Slota said, adding that he would publish proof of his charges within two weeks.

"He called on Hungarian politicians to attack the current political coalition in Slovakia in international forums," Slota said.

Bugár's Hungarian Coalition Party (SMK) refused to comment on Slota's statements, with SMK spokesperson Lívia Solymosová saying only that "it is clear he [Slota] has not changed his rhetoric from 1994 to 1998" when the SNS was last in government.

The SNS also complained that the European Union has taken a softer approach to Gyurcsány's socialists than it showed to Fico's government. "The EU sometimes acts towards us as it were our stepmother," said Belousovová.

Gyurcsány has retained the support of Brussels, despite his admission of deceit, because he has pledged to put the economy back on track for euro adoption after allowing the budget deficit to surge to over 10 percent of GDP and the national debt to top 60 percent of GDP - both well over the economic criteria for the single currency.

"Gyurcsány's plea for reforms of the economy and public services should stand as a template for other EU countries grappling with globalisation," wrote Financial Times columnist George Parker.

In Slovakia's case, however, the EU "couldn't be seen not to act after the SNS joined the government," Samson said, especially after having taken a hard line against extremist politicians in Austria and France.

"If the Union hadn't been critical it would have been seen to have a double standard," he said.