ALTHOUGH Slovakia's new socialist-led government has proven controversial abroad because of the presence of the far right in the coalition, Slovak citizens are optimistic about the cabinet's policies and are happier than ever with their own situations. 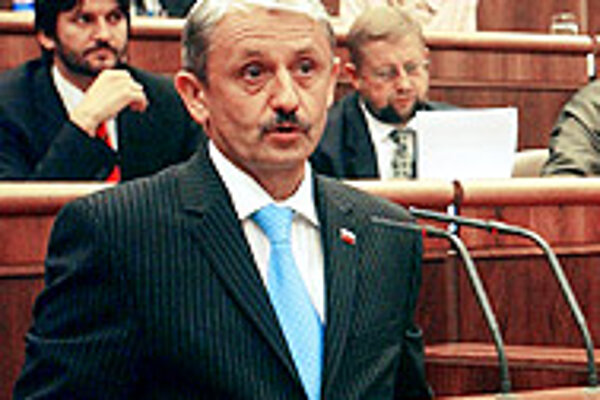 Font size:A-|A+  Comments disabled
ALTHOUGH Slovakia's new socialist-led government has proven controversial abroad because of the presence of the far right in the coalition, Slovak citizens are optimistic about the cabinet's policies and are happier than ever with their own situations.

According to a recent poll by the MVK agency, which in its regular surveys asks respondents whether they believe Slovakia is heading in the right direction, more people now think that Slovakia is on the right course than at any time since December 1998.

In the poll, which was conducted in early August, 42.8 percent of respondents said that Slovakia was going in the right direction.

This was 2.3 percentage points higher than in December 1998, when optimism peaked after Vladimír Mečiar's authoritarian government was ousted by a broad coalition of pro-democratic parties led by Mikuláš Dzurinda.

The current wave of optimism among Slovak voters contrasts with the criticism that the new coalition, made up of the left-wing Smer, the far-right Slovak National Party (SNS), and the Movement for a Democratic Slovakia (HZDS), has taken abroad over the presence of the SNS in the government.

The cabinet's economic program has also been treated with considerable scepticism by a majority of local economic analysts.

Paradoxically, the new government's international problems and domestic popularity are the opposite of what was faced by the previous Dzurinda right-wing government, which was the darling of international markets yet deeply unpopular with Slovaks.

According to MVK's polling, optimism about the country's future fell from 37 percent shortly after the previous government took power in November 2002 to 27.4 percent in November 2005, while the ratio of pessimists rose to a record 57.1 percent.

So does this new optimism mean that Slovaks tend to be left-wing, or is the new government merely profiting from an outpouring of natural post-election enthusiasm and expectations?

"It can definitely be said that a majority of Slovaks incline toward a left-wing way of thinking, although many would not admit this," Haulík said.

Another cause of this newfound enthusiasm, according to Haulík, is that after eight years of government by Mikuláš Dzurinda, "the country was simply ripe for a change.

"This may not be so visible from abroad, because the foreign community was very positive about the [second Dzurinda government's] right-wing reforms and considered them very successful. Yet in Slovakia many people felt that these reforms were too harsh, too deep, and that poor people were insufficiently protected from their effects," Haulík said.

Still, rather than calling for reforms to be halted or cancelled, Slovaks simply wanted their impact to be softened, he said.

"That's one of the reasons why Robert Fico and his Smer party succeeded in the elections," Haulík said, referring to promises by Smer to slow reforms and cancel the most unpopular measures introduced under Dzurinda.

Grigorij Mesežnikov, president of the Institute for Public Affairs think-tank, said that the new government is to a large extent profiting from the achievements of the previous government, particularly the country's economic health, which will help pay for Smer's campaign promises.

Haulík admitted the truth of the observation: "Sure, the government is harvesting the successes of the previous cabinet, yet it is clear that this is just a beginning. The true test of Smer and its coalition partners will lie in next year's state budget, and whether they are able to keep their commitments, such as keeping the public finance deficit under three percent of GDP so Slovakia can adopt the euro as planned in 2009."

The new government's pledge to do that as well as to increase spending on "socially vulnerable" groups is proving a hit with voters, however.

According to the latest poll by the Statistics Bureau, Smer, which scored just over 29 percent in the June 17 national elections, enjoys 39.8 percent support among the public. Its ruling partners also saw their voter support rise compared to their election results, giving the government as a whole an approval rating of well over 50 percent.

Support for the SNS increased slightly from 11.73 percent in the elections to 11.9 percent in September, making it the country's second most popular party.

The HZDS also witnessed a jump in voter support, up from 8.8 percent in the elections to 11.8 percent.

Yet despite the evident popularity of the new government at home, Fico's ruling coalition faces fierce criticism from abroad, especially on account of nationalist party SNS' presence in the government.

Haulík ascribed the gulf between foreign and domestic views of the government to their different definitions of nationalism.

"Abroad, the SNS is seen as an extremist, far-right political party, but the majority of Slovaks do not see it in this way at all. Instead, most people here consider the SNS to be the counterpart of the [opposition] Hungarian Coalition Party (SMK). They believe that the SMK is just as nationalist as the SNS, and that's why evaluations of the government are so different at home and abroad," said Haulík.

The new Slovak government has taken several measures that are welcomed by the majority of people, including cancelling the symbolic fees for patients of Sk20 per doctor visit and Sk50 per day in hospital, the introduction of higher taxes for higher earners, a reduced VAT rate on medication and health care equipment, and pressure on energy firms to cut prices for consumers.

The wave of popularity the new government is enjoying, according to SNS deputy chairwoman Anna Belousovová, arises from the fact that "people feel that this government wants to do the best for its citizens."