SLOVAKS will cast ballots once again before Christmas this year in municipal elections. While the vote will decide the composition of local governments for the next four years, political analysts suspect that turnout will be low, as many people still have no idea that their town and village councils now wield massive economic clout. 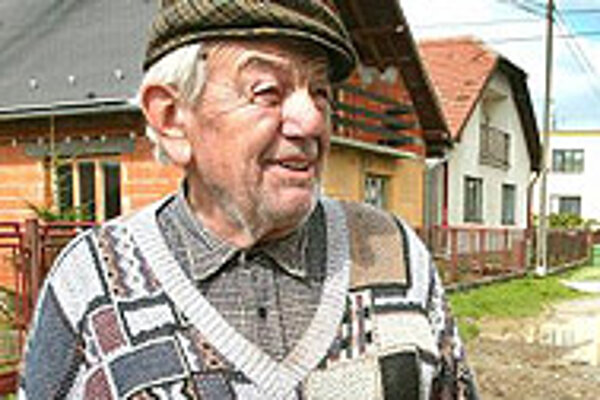 Font size:A-|A+0
SLOVAKS will cast ballots once again before Christmas this year in municipal elections. While the vote will decide the composition of local governments for the next four years, political analysts suspect that turnout will be low, as many people still have no idea that their town and village councils now wield massive economic clout.

On the other hand, unlike during lackluster local campaigns in the past, the country's politicians are now fully aware of the importance of local elections, and of the billions of crowns in collected taxes that local authorities now control due to fiscal decentralization.

The new Robert Fico government is also promising to give the country's regions a greater say in the distribution of the over 11 billion euros that Slovakia should receive from EU funds from 2007 to 2013, which will only heighten the importance of local politics.

But it remains to be seen whether Slovak citizens are equally as impressed with the importance of the municipal vote. Voter turnout in local elections has fallen every four years, and in 2002 bottomed out at 49.5 percent.

"The voter turnout will certainly be lower [than four years ago]," forecast political analyst Pavel Haulík of the MVK polling agency.

"Such is the trend that we have seen over the last few years. The importance of the elections, bearing in mind that local councils now control considerable funds, has so far been noticed more by political parties than by the voters themselves. Political parties are therefore showing greater interest in the municipal elections than ever before," Haulík said.

Political parties have already started putting together lists of candidates for individual municipalities. Parties and coalitions are to submit these lists by October 8, with the election campaign to start 17 days before the vote, planned for December 2.

Unlike at the parliamentary level, where rigid party discipline discourages members from crossing the floor, political parties usually do not force their local branches to copy national alliances and hostilities. It is therefore common to encounter coalitions at the local level that would be unthinkable at the national level.

Political parties have confirmed this year as well that they are not enforcing specific coalitions at the local level.

"In municipal elections, our regional party organizations have a free hand and are only bound by the party's statutes. We consider mainly the current opposition parties as our natural political partners, but it is clear that conditions in municipal politics are different than at the national level," said Lívia Solymos, the spokeswoman for the opposition Hungarian Coalition Party (SMK).

Governmental parties such as Smer and the Movement for a Democratic Slovakia (HZDS), as well as the opposition Slovak Democratic and Christian Union (SDKÚ) and Christian Democratic Movement (KDH), also said that they would not be dictating coalition lineups to their local organizations.

"The lists of candidates are created by each specific region, and just as in previous years, various coalitions can be expected. Local elections are largely about the individual personalities that are running as candidates," said KDH spokesman Martin Krajčovič, adding that his party's natural partners were the SMK and SDKÚ parties of the current opposition.

According to Haulík, the reluctance of national structures to meddle with local lists of candidates and coalitions had practical motives.

"Unlike at the national level, local politicians usually deal with very specific and concrete issues and less with political ideologies. They make decisions on issues such as road maintenance and repairs, the building of sewage treatment facilities and so on, all of which have little to do with the value politics that are so important at the state level," Haulík said.

Another rather prosaic reason for the acceptance of bizarre coalitions is the fact that Slovak political parties often lack extensive regional structures, and therefore often have to accept whatever is on offer in individual towns and villages.

"The regional structures of most parties are not as extensive and developed as they might like. Therefore, they often resolve the situation by simply turning to whomever they have in individual towns and villages. The friendships and ties between these people often determine what local coalitions are formed," Haulík said.

The only exception to this rule tends to be the KDH. According to Krajčovič, while central KDH bodies never interfere in the formation of local coalitions, "we draw the line regarding cooperation with the Slovak Communist Party".

The KDH has already announced its mayoral candidates in larger Slovak towns such as Bratislava, Trnava, and Košice, where it will back incumbents Andrej Ďurkovský, Štefan Bošnák, and František Knapík respectively.

The SDKÚ settles on its candidates through primary elections at the local level. The winning candidates are then entitled to negotiate support from other political parties, SDKÚ spokesman Martin Maťko told The Slovak Spectator.

The SDKÚ said it was encouraged by its unexpectedly strong 18 percent showing in the June 17 general elections, and is hoping to achieve good results at the municipal level as well.

The SMK is hoping to do well mainly in southern Slovakia, where the majority of Slovakia's 500,000 ethnic Hungarians live, while the KDH is relying on traditional bastions such as Bratislava, Trnava, Košice, Prešov, and the Orava region.

The opposition parties will face strong competition from the parties of the current ruling coalition, all of whom have solid local structures. While Smer, founded in 1999, took over the local structures of the reformed communist Democratic Left Party (SDĽ) after a merger, the Slovak National Party (SNS) claims roots back to the 19th century, while the time the HZDS spent in government in the 1990s left it with an extensive local network as well.