THIS YEAR is the first in which selected companies will be obliged to prepare their financial statements according to International Financial Reporting Standards (IFRS). The change is expected to bring greater transparency to bookkeeping at Slovak firms and allow their results to be compared internationally, but IFRS and audit experts warn that problems may crop up in the transition. 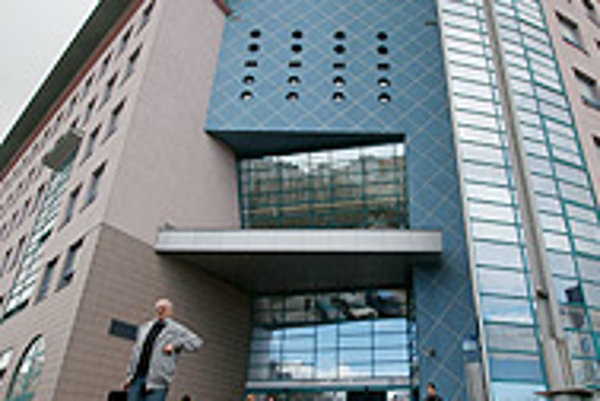 Font size:A-|A+  Comments disabled
THIS YEAR is the first in which selected companies will be obliged to prepare their financial statements according to International Financial Reporting Standards (IFRS). The change is expected to bring greater transparency to bookkeeping at Slovak firms and allow their results to be compared internationally, but IFRS and audit experts warn that problems may crop up in the transition.

Meanwhile, around 400 accounting entities will have to prepare individual financial statements in accordance with IFRS beginning with the year 2006.

Matej Bošňák, a partner with Ernst & Young responsible for IFRS, told The Slovak Spectator that the 400 accounting entities include all companies listed on the stock exchange (about 250), all banks (about 20), all insurance houses (about 25), all securities brokers (approximately 40), selected large companies (about 30 firms such as the SPP gas utility, the Slovnaft refinery, the Železiarne Podbrezová steel mill, and energy distributors ZSE, SSE, and VSE), supplementary pension companies, asset management companies, the Fund for the Protection of Deposits, the Bratislava Stock Exchange, and a few others.

The arrival of IFRS financial statements will thus have a limited impact in terms of the number of firms affected. "To give you a picture, there are about 60,000 accounting entities in Slovakia that conduct double entry bookkeeping. Only 400 are required to prepare an individual financial statement conforming to IFRS," Farkas said.

"There are also several hundred thousand accounting entities that use single entry bookkeeping. None of these entities are required to prepare financial statements according to IFRS. In fact, for them, such an obligation would make no sense."

The Slovak Spectator asked the following IFRS experts why IFRS is important and what firms must consider in implementing the standards in Slovakia: Richard Farkas, partner with KPMG; Matej Bošňák, partner with Ernst & Young responsible for IFRS; and finally Alica Pavúková, partner, with her colleague Ivan Kupkovič, director, of PricewaterhouseCoopers (PwC).

The Slovak Spectator (TSS): What problems did you come across when helping firms prepare for and implement IFRS?

Richard Farkas (RF): The first year of implementation is the most important because it is necessary to identify all the differences between Slovak Accounting Regulations (SAR) and IFRS. Many accounting entities have already started the implementation and are well prepared, yet many others have left it until the last moment. And I imagine that some haven't even started yet.

Matej Bošňák (MB): The large volume of disclosures that are currently required but that add very little to one's understanding of the company's business and its financial reporting makes reading and analysing financial reports difficult. Typically, IFRS financial statements include several pages explaining the company's accounting policies. However, these are frequently no more than summaries of the requirements of the relevant accounting standards and do not enable readers of the financial statements to understand the implications of the policies applied; the summaries rarely provide any significant insights into the factors that are of particular relevance to the company concerned.

However, we can count on pressure from users of IFRS (mainly analysts, investors and regulatory bodies) to help relevant and concrete information build up over time.

Alica Pavúková and Ivan Kupkovič (AP and IK): There is insufficient knowledge of IFRS. The IFRS manual is more than 2,200 pages long, and it is very difficult to study and understand it all in a short time. There is no Slovak translation for all of the documents that are part of IFRS.

Introducing IFRS is complex and time-consuming , and the employees of financial and accounting departments are often too busy with existing tasks and don't have the time to implement IFRS.

IFRS can significantly change the profit/loss record from what it would be according to SAR accounting standards, which can be a surprise for the company's management and owners. Due to the needs of financial planning, the differences must be identified as soon as possible and the conversion formula prepared.

There are also tax implications, tax software updates, the need to take IFRS into consideration in managerial accounting and the planning process, etc. IFRS implementation is a complex task and this country needs at least one year to prepare for it responsibly.

TSS: How prepared is Slovakia in regards to IFRS compared to other EU members and globally?

RF: IFRS has been used in the EU and by other countries around the world for decades and the number of firms using IFRS is growing significantly. The EU itself has made the use of IFRS obligatory for selected firms. There are around 7,000 of these firms listed on EU stock exchanges.

MB: Slovak accounting legislation is not very different from IFRS in some areas so the transformation is not that painful. In addition, the almost non-existent capital market in Slovakia and the relative simplicity of transactions (mergers, acquisitions, etc.) make the whole process easier, or at least they do not complicate it.

Slovakia's state of preparation is comparable to other EU countries. However, in the case of state institutions (the Finance Ministry, tax offices, etc.) we are only at the beginning and the majority of the work still lies ahead.

AP and IK: Slovakia is better prepared than those countries that have a longer history of their own system of accounting regulations, such as Germany and France. Since 1993 our Act on Accounting has gradually adopted all the basic accounting rules and regulations set out by International Accounting Standards (IAS). This is why our accountants are quite well prepared to understand IAS and IFRS.TSS:

Do you see any risks in introducing IFRS?

RF: If accounting entities underestimate the complexity of converting to IFRS, there will be risks.

MB: As with any change, introducing IFRS also has its teething troubles. Primarily, these are the absence of a quality regulatory body in Slovakia, unclear tax legislation, and frequent changes to IFRS itself.

AP and IK: Companies must approach IFRS implementation responsibly. They cannot present their financial statement as having been prepared according to IFRS but in reality focus only on those areas of IFRS where they think there is a major difference compared to the former way of doing financial statements.

Errors most often occur when judging non-standard trans-actions. In IFRS what is important is the economic substance of such transactions and not the legal form. Slovak accountants are not used to that.

Another problem arises when management decides to implement IFRS too late. IFRS is then implemented under great time pressure, and this can cause errors. For example, preparing an IFRS financial statement for December 31, 2007 in fact means having comparable data prepared for December 31, 2006. This means that the necessary IFRS data has to go back to January 1, 2006. Therefore, IFRS implementation should ideally have started in 2005, or during 2006 at the latest.

TSS: Why it is important to introduce IFRS?

RF: A financial statement, consolidated or individual, prepared according to IFRS provides a view that is more accurate and fair than a financial statement using SAR. It's all about greater transparency, comprehensibility, usefulness for users and comparability on a global scale.

MB:It is a unified platform that should lead to greater transparency, comparability and comprehensibility within the EU and other countries that use IFRS. The question is whether the current complexity of IFRS really supports this basic goal.