TOO FEW people remember that Slovakia was once the home of a thriving Jewish community. Jews suffered under the "tolerance tax" imposed during the reign of Empress Maria Theresa, but grew as a community after Emperor Joseph II's Edict of Tolerance, issued in 1783, lifted restrictions on where they could settle or which occupations they could practice. 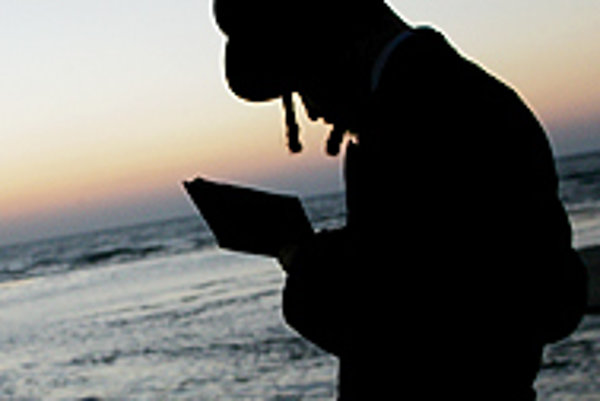 Font size:A-|A+  Comments disabled
TOO FEW people remember that Slovakia was once the home of a thriving Jewish community. Jews suffered under the "tolerance tax" imposed during the reign of Empress Maria Theresa, but grew as a community after Emperor Joseph II's Edict of Tolerance, issued in 1783, lifted restrictions on where they could settle or which occupations they could practice.

During the 19th century, Jewish religious life in Slovakia became quite vibrant. In Bratislava, a number of large yeshivas - religious schools - were opened, the most prominent of which was headed by Rabbi Moses Schreiber, known as Chatam Sofer. The great rabbi was an outstanding scholar and expert on the Talmud, the Jewish holy text.

By the 1930s, some 140,000 Jews were living in Slovakia. But the horrors of the Holocaust changed all that. According to current estimates, about 100,000 Jews - or 73 percent of the population in Slovakia - died during the years of the Second World War. A third of the survivors then emigrated to Israel, and more of the community left during the Prague Spring. Forty years of Communism only eroded the population even further.

For these reasons, the high holy day of Yom Kippur, which Jews around the world will celebrate this weekend, has taken on a special significance in Slovakia.

"Many of the Jews in the Slovak community come to synagogue only once a year, on Yom Kippur," said Rabbi Baruch Myers, Slovakia's chief rabbi for the last 13 years. "It's the most important observance of the year, and they want to share it with the other Jews and friends."

Yom Kippur falls in the Hebrew month of Tishri, ten days after Rosh Hashanah, the Jewish New Year. It is known as the Day of Atonement because, for 25 hours, Jews dedicate themselves to fasting and solemn, intensive prayer of repentance for their sins.

"You're trying to elevate yourself to be a better person, one who could no longer commit the sins your asking to be forgiven for," Rabbi Myer said.

It is a complete Sabbath - day of rest - and, as well as abstaining from food or water, Jews are restricted from "annointing the body", which means no washing or bathing, or applying perfumes, colognes or deodorants.

"This is supposed to put you above your wordly comforts," Rabbi Myers said.

Yom Kippur is also a time of reconciliation. Rifts between friends and family, no matter how wide, must be put aside in favor of forgiveness.

"I see this in synagogue," Rabbi Myers said. "Two older people who have been quarreling will meet. It's hard for them to forgive, so they'll shake hands and nod deeply to each other. Nothing is said, but the silence between them is almost more powerful than words."

During the sunlit hours before Yom Kippur begins, some Jews immerse themselves in a mikvah - holy pool of water - and eat a festive meal that includes food dipped in honey, which symbolizes the hope for a sweet year.

In the evening, the congregation gathers in synagogue for prayer services, which begin with kol nidre - "all vows" - a prayer that emphasizes the importance of keeping vows. The Yom Kippur service is the only evening service at which men wear a tallit - prayer shawl.

Four more prayers services are then recited throughout the rest of Yom Kippur, including a confession of sins. The holiday ends with a single blow of the shofar - ram's horn - after which many congregations proclaim "Next year in Jerusalem!"

Charity is traditionally an extremely important part of Yom Kippur, but forty years of Communism have created an uphill battle for introducing it among the community in Slovakia.

"Many here expect to be taken care of rather than to take care of others," Rabbi Myers said, "but the community is planning to start the tradition of charitable giving again. It's a great idea."