Fasting for forgiveness from Allah

MUSLIMS in Slovakia and around the world began searching the sky last weekend for the new crescent moon - the beacon of light that signals the start of the holy month of Ramadan. 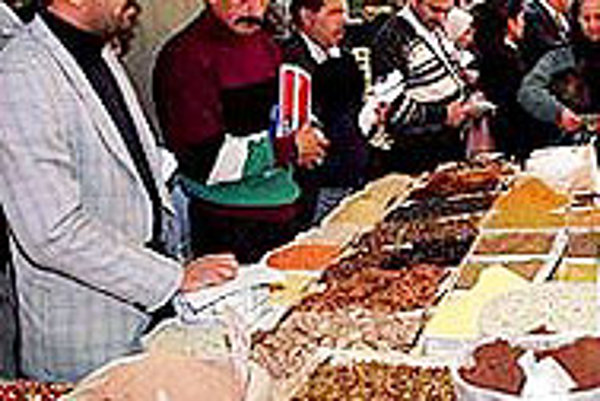 Font size:A-|A+  Comments disabled
MUSLIMS in Slovakia and around the world began searching the sky last weekend for the new crescent moon - the beacon of light that signals the start of the holy month of Ramadan.

For the next thirty days, every Muslim mature and healthy enough will be responsible for cleansing themselves spiritually by fasting - sawm - from dawn to dusk, which is broken by only two meals: suhoor, a pre-dawn breakfast, and iftar, which is eaten after sunset.

According to Mohamad S. Hasna, a Syrian-born imam - religious leader - who heads the Islamic Foundation in Slovakia, there are over 5,000 Muslims in Slovakia who observe Ramadan. Unfortunately, repeated attempts at obtaining permission to construct a mosque in Bratislava have been denied, forcing the community to spend its holiest month praying in rented spaces.

The origin of Ramadan dates back to 610 A.D., when, according to Islam, a caravan trader named Mohamad heard a voice telling him to "Read!" At first, Mohamad protested that he couldn't, but soon inexplicably began reciting the first verses of the Quran, the Muslim holy book. That voice was the angel Gabriel, who revealed Mohamad had been chosen to deliver the word of Allah.

Over the next 23 years, until his death, Mohamad received further verses, which, in their totality, make up the Quran.

"How one chooses to celebrate Ramadan is a very personal decision," Mr. Hasna said. "You don't need the guidance of an imam or congregation. If someone declares themself to be observing, we believe them."

The main element to observing Ramadan is fasting, which, in its most fundamental form, means not consuming food or water from sunrise to sunset. Fasting is practiced because it teaches self control; completely purifies the soul, allowing the faithful to refocus their minds from their busy daily lives to their religion; and teaches empathy for the poor, who live deprived of basic comforts.

"Human beings' natural tendency is to indulge," Mr. Hasna said. "Ramadan is about slowing yourself down, exercising self control and becoming a better person through utmost attention to the teachings of Islam."

But the fasting is not limited to food and water. During daylight hours, Muslims are forbidden from treating themselves to any of the usual comforts, including smoking, or even sexual intercourse. Of course, acts generally forbidden under Islam, such as lying, stealing, or pre-marital sex, are also forbidden during Ramadan.

Another key element is the concept of forgiveness. Ramadan is the time to ask Allah to forgive your sins, and to make amends with anyone you have wronged over the last year.

"If you have forgotten to pray, for example, you must ask to be forgiven," Mr. Hasna said. "And if you have stolen something from somebody, you must return it."

When the sun sets, families eat iftar, a meal that traditionally starts with ripe dates, a sugary treat that helps kick-start digestion after a fast.

In Pakistan, iftar also includes khajla pheni, a form of deep-fried vermicelli pasta; in Somalia, a soup called mushaali - made from milk, sugar and porridge - is also common; Egyptians have a traditional Ramadan drink called Qamar ad-deen made out of dried apricots; and southeast Asian countries, such as Pakistan, India and Bangladesh, serve fried foods like pakoray and samoosas - meat or potatoes enclosed in small triangles of kneaded flour.

Later in the evening, Muslims perform traditional Ramadan prayers - tarawih - at the local mosque in which they recite 1/30th of the Quran each night of Ramadan.

Charity is also an integral aspect of the tradition. During Ramadan, every Muslim tries to do good deeds in the name of Allah, and must contribute a small donation - zakat al-mal. The donations are then collected and given out to the poor, often so they can participate in Eid al-Fatir, the feast that caps Ramadan.

"Not many of Slovakia's Muslims are poor," Mr. Hasna said, "so we usually donate the money to charity, like people applying for political asylum."

"But the Muslims in Slovakia do gather for Ramadan," Mr. Hasna continued. "They invite each other to their houses and have a very communal celebration. There is a very colorful collection of Muslims here from Albania, Syria, and many other countries. It's wonderful to see business people next to cleaners, and doctors and diplomats next to students, all prostrating together in communal thanks and prayer. This is what Islam is really about."