JUSTICE Minister Štefan Harabin's plans to have parliament pass a law scrapping the Special Court for the most serious political and organized crime cases have been put on hold by the government. 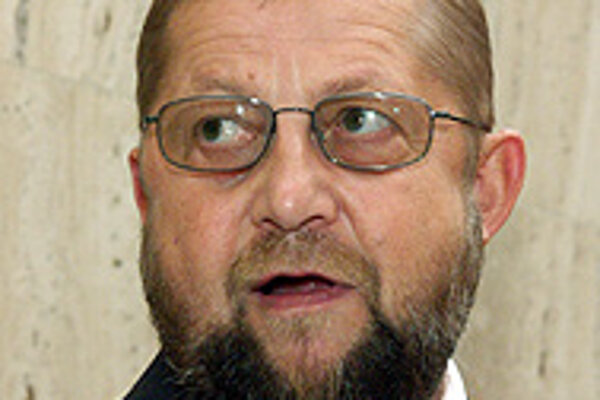 Font size:A-|A+  Comments disabled
JUSTICE Minister Štefan Harabin's plans to have parliament pass a law scrapping the Special Court for the most serious political and organized crime cases have been put on hold by the government.

At a cabinet meeting on September 28, Harabin submitted a report recommending that the Special Court in Pezinok be shut down, despite only having been in operation for a year.

The government took the report under advisement, but rejected a proposal that Harabin be given the go-ahead to submit a bill to parliament to abolish the Special Court and "change the status and function of the Special Prosecutor's Office".

Harabin was nominated to his position by the ruling Movement for a Democratic Slovakia (HZDS) party, and has steadily opposed the Court because he feels its justices are over paid and underworked.

Among other reasons that the court should be scrapped, according to the ministry analysis, is the fact that Special Court justices must obtain a security clearance from the National Security Bureau, which means that the secret service learns details of the justices' private lives.

According to Harabin, this means that the executive branch has access to detailed information on judges, which might leave them vulnerable to blackmail.

"I am clearly in favour of the abolition of the Special Court," Harabin said on September 27 during his first visit since taking office to the court in Pezinok.

The ministry report was condemned by Special Court Chief Justice Igor Králik, who said the information it contained in disparaging the work of the court was incomplete.

In particular, Králik said, the report's criticism of the relatively small workload allegedly handled by the court did not include hundreds of pre-trial decisions the court had made regarding pre-trial custody, such as the release or remand of accused, and the extension of custody.

The report also ignored the court's decisions to approve or reject surveillance requests.

Former Justice Minister Daniel Lipšic, who oversaw the founding of the court, called on Prime Minister Robert Fico to fire Harabin, saying the report was "confusing and testifies to the absolute incompetence of the justice minister".

The Special Court and Prosecutor's Office have attracted significant support in Slovakia following the disclosure of plans to get rid of them.

An open letter signed by many of the country's best-known NGOs read: "Political attempts to abolish these institutions that are not based on any serious analysis interfere with the stability and credibility the institutions have achieved."

A similar institution to Slovakia's Special Court exists in Spain; the latter has sent letters of support to its Slovak counterpart.

According to the Sme daily, US Ambassador Rodolphe Vallee recently defended the court in a private meeting with Harabin, although ministry spokesman Michal Jurči denied the information. Swiss Ambassador Joseph Aregger has also publicly supported the court in its battle for survival.