IN THE MIDST of the uncertainty surrounding Slovakia's National Memory Institute (ÚPN) following the death of its former chairman, Ján Langoš, the institute has published a further instalment of the files exposing the practices of the communist secret service and its foreign espionage units. 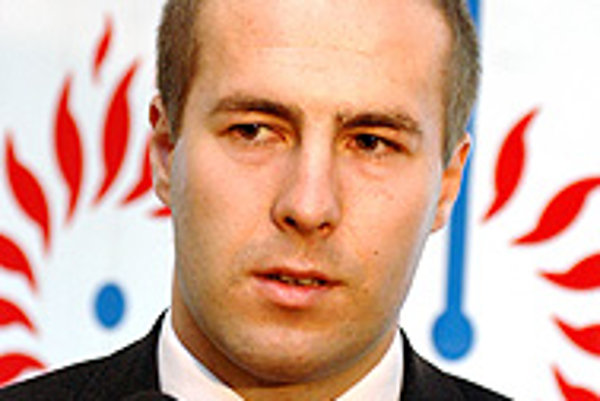 Font size:A-|A+  Comments disabled
IN THE MIDST of the uncertainty surrounding Slovakia's National Memory Institute (ÚPN) following the death of its former chairman, Ján Langoš, the institute has published a further instalment of the files exposing the practices of the communist secret service and its foreign espionage units.

While analysts, historians, and the political opposition see the publication of the original documents as a valuable step in the country's efforts to cope with its communist past, others have criticized the institute and belittled its importance.

The ÚPN, currently without a proper director, anticipates the election of a new chairman in October. Observers believe the results of this election will determine the future direction of the institute.

"It's all about the people who work at and lead the institute. The information that it aims to uncover and publish is often very sensitive and could be unsuitable even for some of today's elites," said Katarína Závacká from the country's Institute of State and Law with the Slovak Academy of Sciences (SAV).

Following a list of collaborators and agents working for the communist secret service (ŠtB), and a list of people who usurped Jewish property during the Second World War, the ÚPN has published the first part of the "Main Report on the National Security Corps' Espionage Unit", which contains information about foreign institutions and people covering the years from 1953 to 1989.

This dossier, which was published on the ÚPN's website (www.upn.gov.sk) on September 21, includes nearly 400 of over 1,000 volumes.

ÚPN's Patrik Košický told a press conference on September 21 that the espionage unit did not take an active role in protecting the country's security but rather spent its time "protecting the communist regimes throughout the whole Eastern bloc".

The Soviet KGB coordinated the activities of the espionage units in Czechoslovakia just as it did in the whole eastern communist bloc.

ŠtB agents who worked for the espionage unit were often formally employed in embassies or acted as representatives abroad, for example as an employee of a foreign company. They were thus able to carry out their operations in secret and conceal their real intentions.

Some of the files appear to have been lost, however, which is proving embarrassing for the Institute. One such case is the dossier on Juraj Široký, one of Slovakia's most successful businessmen and the head of its ice hockey association. Široký is said to have participated in espionage while working abroad during the communist regime. However, he denies the accusations, and the file that could prove or dispel the suspicions has disappeared.

The ÚPN is now trying to discover its whereabouts. Some theories claim that former ÚPN director Langoš took the file home to study or maybe hid it in an unknown place.

Notwithstanding the missing documents, the ÚPN believes it can still help uncover Slovakia's recent history, although some of the information might receive a rather cold welcome.

"By publishing these files, we are opening a Pandora's box, because so far no other post-communist country has issued materials on espionage," said Košický.

Apart from the espionage files, the ÚPN has also published 130 out of over 700 decisions made by the country's communist interior ministers.

These include an order from 1951 on the "use of corporal punishment during police hearings", a 1952 order on the elimination of Trotskyite literature, an order from the same year regarding the "summoning of unreliable people to special trainings", a 1978 order dictating "measures to be taken in cases of the emigration of secret co-operators from the counter-unit", the "organizational order of the counter-unit for the fight against the external enemy", and many others.

While both historians and analysts appreciate the work of the ÚPN, which officially started in May 2003, some politicians, especially those from the current ruling parties, have expressed reservations towards the Institute.

PM Robert Fico and Ján Slota, the chairman of the ruling Slovak National Party (SNS), have already suggested that they do not view the ÚPN as important.

Slota, whose party has claimed the right to nominate the next chairman, recently told journalists: "We don't attribute any special importance to this issue."

"Compared with the tasks that lie ahead of this government, the National Memory Institute is a negligible matter," added PM Fico.

On a recent political talk show Slota also noted that the "biggest ŠtB figures are already safe, anyway, and we are only chasing the small fish now."

Vladimír Mečiar of the ruling Movement for a Democratic Slovakia earlier suggested that the ÚPN could be included as a mere department operating under another existing institute, such as the Slovak Academy of Sciences.

Ján Ondriaš, the deputy chairman of the ÚPN's administrative board, said he would consider this "a very unfortunate decision".

"The ÚPN is a public institution that was established by law to fulfil tasks that could not be fulfilled in the same way if the institute operated under SAV or some other institution. Our tasks are very specific and it is also the norm now in Europe to separate the archives of former security forces in post-communist states from the archives administered by interior ministries and the secret services. Slovakia was a pioneer in this sense and a change would definitely mean a step backwards," Ondriaš told The Slovak Spectator (see also editorial, page 4).

He also noted that opinions such as those expressed by Fico and Slota recently were "pitiful because they show a lack of interest in a history of decades of oppression, which the majority of society today denounces, at least verbally".

He argued that as well as reflecting the history of the nation and uncovering the ways the communist system operated, the ÚPN is also helping to develop a view of the totalitarian era, which it can then present in seminars at secondary schools and universities.

Ondriaš also said that upcoming ÚPN publications would include lists of former communist functionaries and information on the registration of Jewish inhabitants living in Slovakia that was put together under Slovakia's Nazi puppet state in 1942.