Auto firms look to immigration as cure for labour shortage

THE SHORTAGE of available labour in certain technical professions has some auto industry companies thinking about importing workers from the east, and talking of the need to rethink Slovakia's immigration policy to meet the needs of industry. 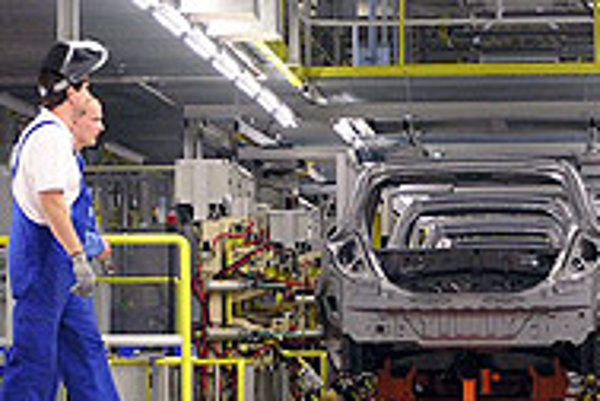 Font size:A-|A+  Comments disabled
THE SHORTAGE of available labour in certain technical professions has some auto industry companies thinking about importing workers from the east, and talking of the need to rethink Slovakia's immigration policy to meet the needs of industry.

The problem, they say, is twofold: Slovakia's schools are not responding to developments on the labour market, while ever more investors are coming to Slovakia in search of an ever small pool of talent.

"We now have four companies in Slovakia [in the Matador group] operating in the automotive sector," Rudolf Rusnák, vice-president of the automotive division of the Slovak-owned Matador company, told The Slovak Spectator. "We feel a great shortage [of labour] mainly in the western part of the country, especially in Bratislava, and especially in trades such as metal workers, welders and technical engineers."

"The cabinet should adopt an immigration policy allowing for the import of labour. Given that our people are leaving to western countries, we could be importing labourers from countries to the east, such as Ukraine," he said.

While the country's three main carmakers - Volkswagen Slovakia, PSA Peugeot Citroen and Kia Motors - have not joined the call for a shift in immigration policy, they agree that the education system will soon have to be changed if the labour supply is to remain sufficient.

Volkswagen Slovakia spokeswoman Silvia Nosálová told The Slovak Spectator that a labour shortage in the technical professions was now apparent, and that the current education system was partly to blame.

"We think that the decision to expand the network of academic stream secondary schools at the expense of secondary vocational schools was unfortunate," she said. "The wishes of the parents [as to which school their children should attend] should not determine the labour market. On the contrary, companies and the Slovak economy should dictate the market.

"The education sector lacks planning, and if the situation doesn't change, the shortage of technical school graduates will increase," Nosálová said.

Volkswagen, which arrived in Slovakia in 1991, also ascribes its difficulties in finding enough technically skilled employees to the arrival of the new carmakers in Slovakia. PSA and KIA expect to have a staff of about 6,500 employees combined at full production in 2009, compared to VW's 8,000.

"In the past the situation was simpler. Now there is a shortage of electricians and technical engineers," Nosálová said.

The auto companies have been sounding a demand for skilled labour for some months now, and it seems to be having an effect.

Although Poland has a higher average monthly salary than Slovakia (about Sk20,000 compared to Sk18,300), Poles do not turn up their noses at the idea of finding work in Slovakia.

"Poland also has a high unemployment rate of around 18 percent and in some eastern regions up to 20 percent. For people who don't have work, any opportunity is at least something. On top of that, the free accommodation and food allowances that are offered are usually very attractive for them," Weit said.

According to Weit, the agencies that contacted him were looking for people for the Volkswagen plants in Bratislava and Martin. He believed that Kia, which is located near the Slovak-Polish border, also employs Polish citizens.

Kia spokesman Dušan Dvořák confirmed that Kia is looking actively for employees from Poland to fill IT positions. "There is a shortage of IT specialists with the necessary experience in Slovakia," he explained, adding that job interviews were conducted either in person or via video-conferencing.

PSA spokesman Peter Švec, on the other hand, said the French carmaker is currently filling its needs from the domestic labour market. "With the help of our in-house training, we have so far been able to secure enough qualified labour from the Slovak market. We are not considering bringing in new employees from Poland or any other country at the moment," he said.

The latest wave of EU enlargement to include Romania and Bulgaria as of January 1, 2007 could help relieve Slovakia of its skilled labour shortages. While the majority of current EU members have decided not to open their labour markets to the new members, Slovakia is still undecided on the issue.

According to Foreign Minister Ján Kubiš, Slovakia should take a positive approach towards opening its labour market to citizens of Bulgaria and Romania.

"All the member countries should be equal and should have the same rights," he said, adding that this question would be decided by the government, which would take into consideration the possible effects and the attitudes of other countries.

However, without a substantial change in Slovakia's immigration policy, Bulgaria and Romania will be the only countries that can increase Slovakia's labour pool for some time.

After the two countries enter the EU, the enlargement process will be halted temporarily, as currently EU legislation does not permit a union of more than 27 members.