Slovakia's new carmakers revved up for serial production in 2006

FOUR years ago this September, French carmaker PSA Peugeot Citroen revealed it was considering Slovakia as the site of a new €700 million plant. Now its Trnava factory employs 3,200 people on two shifts and is turning out 430 cars a day. 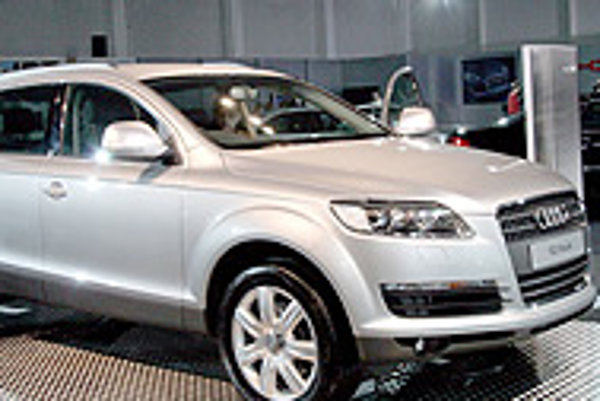 Font size:A-|A+  Comments disabled
FOUR years ago this September, French carmaker PSA Peugeot Citroen revealed it was considering Slovakia as the site of a new €700 million plant. Now its Trnava factory employs 3,200 people on two shifts and is turning out 430 cars a day.

Developments in Trnava are only months ahead of those at Kia Motors Slovakia in Žilina, which is getting ready to launch serial production by the end of the year.

Together with the incumbent Volkswagen Bratislava, the three automakers remain on track to turn Slovakia into the largest per-capita producer of cars in the world by 2009.

The PSA Peugeot Citroen plant near Trnava is currently focused on increasing production.

"Everything is going according to plan, meaning we will produce 60,000 cars in 2006," PSA Peugeot Citroen spokesman Peter Švec told The Slovak Spectator.

"By the end of August we had already produced 14,000 cars, and now the pace of production is beginning to increase. During the first three weeks of September assembly hall output was 330 cars per day, while since September 25 it has been 430 cars per day. Production will be stabilized at more than 760 cars per day by the end of the year."

While other carmakers and auto sector suppliers in Slovakia have complained of a shortage of skilled labour, according to Švec, PSA is still managing to meet its labour needs through recruiting on the Slovak market.

As of the second half of September the plant employed 3,200 people, most of them as assembly line workers and skilled labour. In September the plant opened a second shift, and by the end of this year the number of employees should reach 3,500 people.

"Each new employee undergoes training or an internship in our training centres in Slovakia or France. If necessary the company also offers its employees language courses," Švec said.

The Trnava plant is producing the Peugeot 207. Models starting with the number '2' are the pillar of the French carmaker's production, having so far sold about 12 million units. The newest Peugeot 207 generates from 68 to 150 horsepower from a gas or turbo-diesel engine. The sticker price starts at Sk405,000, compared to around Sk260,000 for Škoda's cheapest model, the Fabia.

PSA recently changed its previous plans to build a second plant in Trnava at a cost of Sk13.4 billion. The plant was to have an annual output of 150,000 cars, and employ 1,800 people.

Instead, the company has decided to expand production at its existing plant to include other models beside the Peugeot 207, and to recruit more people. The decision will save the firm about Sk7.5 billion, as the production increase will cost only Sk5.5 billion.

"The reason we changed the original project is that competition on the European automobile market is becoming fiercer," Švec said. "However, our goal of expanding production remains unchanged. We plan to start production of a new design concept vehicle around 2010, using existing capacities in Trnava along with adding another shift."

PSA announced it would build a €700 million factory on a 190-hectare site near Trnava in western Slovakia in 2003. The factory, which contains 330 robots, started trial production in January 2006, and several months later, turned out the first Peugeot 207 made in Slovakia. Serial production at the plant began in May 2006.

The plant of Korean carmaker Kia Motors near Žilina in northwestern Slovakia was the firm's first in Europe. It is now producing trial runs of Kia's Cee'd and Sportage models.

"Trial production is proceeding as planned. Serial production will begin in December this year at the latest, as called for by the plan," said Kia Motors Slovakia spokesman Dušan Dvořák for The Slovak Spectator.

The four-wheel drive Kia Sportage will come with a choice of 2 litre (142 horsepower) or 2.7 litre (175 horsepower) gas engine, or a 2 litre 140 horsepower turbo-diesel.

The Korean automaker is the newest to Slovakia of the big three, having signed its investment contract in 2004. The firm ran into significant problems with the purchase of land to build the factory, but now employs about 1,200 people, a number that will rise to 3,000 employees in 2008 when full production begins. The firm plans to produce 300,000 cars a year from its 168-hectare factory.

Volkswagen Slovakia sees a bright future for its luxury Audi Q7 model that its Bratislava plant started producing in 2005.

"The new Audi Q7 model is doing very well, and demand for it is increasing, which is why we decided to increase production. Currently we are working on four shifts," said Volkswagen Slovakia spokesperson Silvia Nosálová.

"We expect that about half of our Q7 production will be exported to the US. Production of the Polo is also going according to plan."

Bratislava is the only Volkswagen plant where the Q7 is being produced, which auto industry specialists regard as a credit to the standard of Slovak carmaking. The car comes with either a 3.6 FSI (280 horsepower) or a 4.2 FSI (350 horsepower) gas engine or a 3-litre turbo-diesel engine. It is listed as starting at Sk1.955 million.

The Volkswagen Polo, which the Bratislava plant has produced for six years, is among the German carmaker's simplest models. Its gas engine options come with an output of 55 to 150 horsepower, while its turbo-diesels range from 70 to 130 horsepower. It sells for upwards of Sk350,000.

Volkswagen has the longest history of any carmaker in independent Slovakia, having signed its investment contract in 1991. The first model the plant produced was the Passat.

Last year the company produced 218,349 cars, 368,831 transmissions and 21.4 million components in Slovakia. Almost its entire production is exported to Germany, France, Italy, Austria, Great Britain and the US, with only 2 percent of its output staying in Slovakia. The company is the largest Slovak exporter, and its performance significantly affects the country's overall foreign trade figures.