THREE MONTHS after taking power as Slovakia's new prime minister, Robert Fico has strengthened his grip on the ruling Smer party, which he founded and leads, and has served notice he will not tolerate criticism from within. 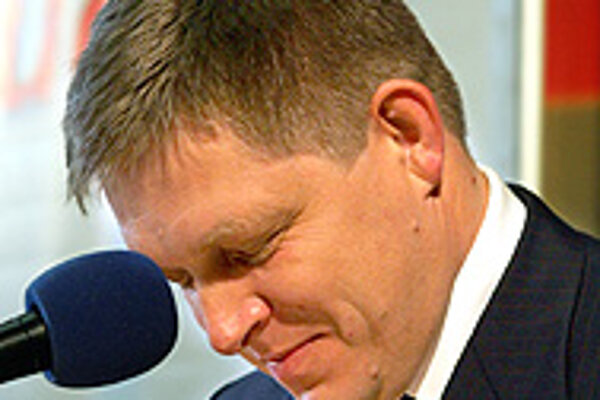 Font size:A-|A+  Comments disabled
THREE MONTHS after taking power as Slovakia's new prime minister, Robert Fico has strengthened his grip on the ruling Smer party, which he founded and leads, and has served notice he will not tolerate criticism from within.

Other changes made to the party's management at a national congress from September 29 to 30 confirm that Smer is moving towards a more nationalist agenda, having dumped the only open critic of its decision to form a ruling coalition with the far-right Slovak National Party (SNS).

The moves came two weeks before the Party of European Socialists was to vote on whether to suspend Smer for its cooperation with the SNS.

As expected, Smer's MEP and deputy chairwoman for foreign affairs, Monika Flašíková-Beňová, not only lost her party function at the Trenčín congress, but together with other founding party members was deprived of the special privileges that she had enjoyed thus far.

Flašíková-Beňová, who now plans to run for office as the mayor of Bratislava in December municipal elections, said shortly after losing her post that she was at least "happy that nobody criticized my work".

"In terms of politics, nobody questioned my activities or any of the steps that I took as a deputy chairwoman, and this is a personal satisfaction for me," she told the press.

A rift between Flašíková-Beňová and Fico had been apparent since before this year's elections, when the MEP abandoned her original ambition to become Slovakia's future foreign minister should Smer win the ballot and form the new government.

Around the time of her decision, several people close to Flašíková-Beňová including her husband Fedor Flašík, the former head of Smer's 2002 election campaign, were moved lower down Smer's candidates list for the general elections, suggesting they had lost a power struggle with other Smer backers.

Fico, however, said that what happened at the recent party meeting was not the elimination of one interest group within the party but "simply a changeover of people.

"Life is change, and such changes take place in every political party," Fico said.

Fico was re-elected as party leader for the next four years in a vote without a challenger. He then pushed through changes to the party's deputy chairmen posts, which analysts said confirmed that he was trying to buttress his position with the support of loyal party members.

"The changes that took place at the Smer meeting led to a further concentration of power around Fico, who has now surrounded himself with a group of loyal party members. The changes also show that Smer is starting to behave like a ruling party," said political analyst Grigorij Mesežnikov, the head of the Institute for Public Affairs think-tank.

In place of Beňová and another former Smer deputy chairman, Igor Šulaj, who is now the chairman of the country's Tax Directorate, Fico proposed replacements loyal to himself - the young Culture Minister Marek Maďarič, and Igor Federič, Smer's former general manager and now the head of the Government Office.

"This group within Smer is focused on the exercise of power, and the decision to put them forward also suggests that the position and influence of the people who helped establish Smer as a social democratic party is gradually fading," Mesežnikov said.

This forecast was confirmed by a decision at the Smer congress to cancel the special privileges formerly enjoyed by founding party members like Flašíková-Beňová.

The founding members used to enjoy several privileges not granted to regular party members - for instance, should a majority of the founding members not be present at a party meeting, no binding decisions could be made at that meeting.

"The position of people who helped establish this party hoping to put their left-wing ideas into practice will gradually weaken in favour of the new group, which is ready to take power and make practical use of it," Mesežnikov said.

According to Slovak political commentator Marián Leško, after taking power, Fico is increasingly treating politics like "a battle in which the enemy must be defeated".

The PM named some of his new foes at the Smer party meeting. The main reason for international dissatisfaction with the new Slovak government, Fico argued, is not the fact that the Smer, SNS, and HZDS parties are in government, but that the former ruling parties are not.

"This is how we must define the campaign that was launched against the ruling coalition," Fico told his party peers on September 30.

Another of Fico's apparent enemies is the opposition Hungarian Coalition Party (SMK). Fico has already accused SMK leader Béla Bugár of having close ties with Hungarian politicians and of allegedly encouraging international attacks on the new Slovak government.

The party's recent use of more nationalist rhetoric, which was visible at the time Smer decided to create a coalition with the SNS, was even more apparent at the party meeting in Trenčín.

Fico said that he would require Bugár "to make known the content of his talks in Budapest on August 21," picking up on an earlier accusation made by SNS leader Ján Slota, who accused Bugár of betraying Slovakia and even suggested that he give up his MP mandate.

New deputy chairmen Maďarič and Čaplovič supported the decision to form a coalition with the SNS and without the SMK.

According to Mesežnikov, the nationalist wing within Smer has grown visibly stronger since the party formed a coalition government with the SNS.

"There are many people within Smer who are nationalist, and should Smer be suspended from the Party of European Socialists [for forming a coalition with the SNS], this trend will increase," Mesežnikov said.

The Party of European Socialists (PES) is due to meet on October 12 to vote on a proposal that Smer be suspended for working with a far-right party. As the date approached, however, it seemed that the PES was opening the door to compromise.

PES representative and Austrian politician Hannes Swoboda said following a meeting with Fico on October 2 that the Slovak social democrats still had a chance to keep their membership provided they could convince the PES that their government would be pro-European.