THE COUNTRY'S Special Court for organized crime cases took another blow on October 3 when the Judicial Council, Slovakia's senior judicial authority, voted in favour of cancelling it. 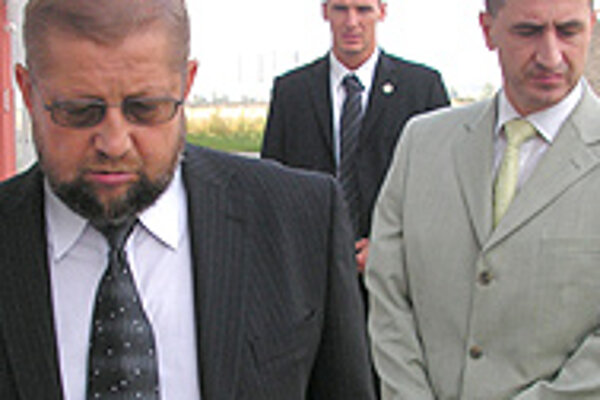 The motion drew applause from Justice Minister Štefan Harabin, who has made abolishing the court the main theme of his first three months in office.

Ten out of 18 members of the Judicial Council raised their hands in support of abolishing the Special Court during a snap vote that was not preceded by any debate or the presentation of an analysis.

Harabin said after the vote that "the fact that none of the Judicial Council members present voted against the abolition of the court says it all. The truth is now coming out - setting up the Special Court wasn't an expert decision, but simply an election move aimed at [impressing] the media.

"After meeting with judges at district and regional courts, I can say that the majority of judges, apart from several close friends of former Justice Minister Daniel Lipšic, have an unequivocal opinion on the Special Court - abolish it," Harabin said.

The Special Court was established under the second Dzurinda government to handle bribery and organized crime cases. The court started operating in 2005, yet Harabin and the court's other critics now say it is ineffective and object to the fact that its justices enjoy better pay and work conditions than regular justices do.

Situated together with the Special Prosecutor's Office in the western Slovak town of Pezinok, the Special Court enjoys above-standard equipment, increased security measures, and special housing for its justices who, in order to work at the court, have to pass screenings by the National Security Bureau (NBÚ).

The screenings are one of several arguments that were presented in a recent analysis by the Justice Ministry while campaigning for the abolition of the Special Court. According to Harabin, information gained during the screenings could be used against the justices by the government, which would be a breach of judicial independence.

Nine members of the Council are named by judges themselves, while three each are named by parliament, the government and the president. Three of the 10 members who voted in favour of the motion are employees of Harabin's Justice Ministry.

Ján Králik, the head of the Special Court, told The Slovak Spectator that "we were surprised by the result of the vote, but we respect it".

"I am sorry, however, that they rushed to hold the vote without any prior discussion. I would have been happy to take part in the discussion," Králik said.

But Peter Brňák, a member of the Judicial Council and a former MP for the ruling HZDS party, said he approved of the vote.

"The Special Court was not introduced into our legal framework systemically, and raised constitutional and legal question, such as the existence of two unequal categories of judges, and the screening of justices with executive tools. Besides that, its existence is not justified by the economic reality in Slovakia," Brňák told The Slovak Spectator.

"As the candidates for the [Special Court] posts passed through the Judicial Council, I personally also perceived a lack of non-partisanship and independence in some of the special judges. I don't think that they are an elite within the judicial ranks in any way whatsoever," Brňák said.

Besides the Judicial Council, Harabin has also called on other judicial professional organizations and university law schools to weigh in on the future of the Special Court.

Politically, two out of three ruling coalition parties are clearly in favour of shutting the court down. The Movement for a Democratic Slovakia (HZDS), which nominated Harabin to his ministerial post, together with the far-right Slovak National Party both support cancelling the court.

However, the position of the strongest ruling party, PM Robert Fico's Smer, remains unclear. Fico himself recently called for a public and expert debate on the Special Court.

Harabin has called a special meeting for October 9, to which representatives of parliamentary political parties have been invited, to discuss the Special Court's future.

Daniel Lipšic, the former justice minister who helped found the Special Court under the previous government, insists that the court is doing its work well and that abolishing the institution would mean that people responsible for some of the worst economic crimes in the history of Slovakia could go free.

The Special Court is currently handling the case of the bankrupt pyramid schemes BMG and Horizont, whose collapse in 2001 cost Slovak depositors over Sk14 billion.

Lipšic is also one of the signatories of a public initiative called "The Public Against the Mafia", which protests the efforts to cancel the Special Court.