A CONTRACT dispute between the private Štúdio Beta company and the STV public television channel stemming from 1998 threatens to sink STV if the station is forced to pay the Sk790 million demanded in lost profits. 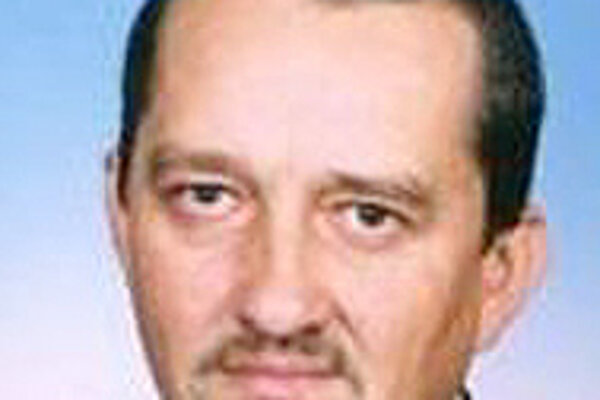 Font size:A-|A+  Comments disabled
A CONTRACT dispute between the private Štúdio Beta company and the STV public television channel stemming from 1998 threatens to sink STV if the station is forced to pay the Sk790 million demanded in lost profits.

Even if the station agrees on an out-of-court settlement, taxpayers could end up paying hundreds of millions of crowns in what appears to be a scam set up by the station's former director and the leadership of the ruling Movement for a Democratic Slovakia (HZDS) party, which was then also in government.

While STV is challenging the contracts with Štúdio Beta in a last-ditch appeal at the Supreme Court, documents obtained recently by The Slovak Spectator indicate that at the time the contracts was signed in 1998, it was discussed at the highest levels of the HZDS.

The Slovak Spectator has at its disposal the transcripts of three telephone conversations from October 1998. The newspaper did not investigate how and why the following people were recorded, but in the public interest publishes their content in the form it obtained it.

The phone conversations apparently took place about a month after parliamentary elections in 1998, which produced a turnaround on the Slovak political scene. The Slovak Democratic Coalition (SDK) of Mikuláš Dzurinda was on track to form the new government, while Vladimír Mečiar's HZDS was gradually packing its bags for the ranks of the opposition.

The first phone call, from October 19, 1998, ostensibly took place between Igor Kubiš, then STV director, and Milan Sedláček, the owner of Štúdio Beta. In it, Sedláček says that he received a call from Vladimír Poór, a member of the HZDS and the head of its Trnava wing, to the effect that "it has to be done", and that "he needs to meet with the prime minister for at least 10 minutes and work it out with him somehow, at least partially what and how, because this isn't fucking small potatoes."

According to the transcript, Kubiš objects that the incoming government will cancel the deal: "They'll cancel it right away when they come in. They'll pass some law..." Sedláček replies: "Yes, that's more or less what we want, for them to cancel it, you know."

The second telephone call ostensibly took place on October 20, 1998 between Igor Kubiš and Pavol Halabrín. Halabrín was at the time a member of the HZDS.

From the transcript it is apparent that Kubiš called Halabrín regarding the contracts between Beta and STV, and that he wanted to know whether the HZDS political board had decided on the matter. Halabrín answers: "The problem is that the boss wasn't at the board meeting towards the end.... but one decision was taken before then, which was that regarding Beta and STV2, we should do it."

According to the transcript, Halabrín tells Kubiš that "it has to be done now... while we still have the Council [STV Council] available... so the contracts have to be prepared in such a way, that in the worst case it is not fulfilled... or it is cancelled, or an agreement is reached."

Kubiš according to the transcript replies that they will have to lean on the STV Council politically. "OK, just tell me who I have to talk to, who it is there that sets the tone, and I'll talk to him," replies Halabrín.

Halabrín also promises Kubiš that "if I manage to discuss these things with the prime minister [Vladimír Mečiar] this week, I'll call you for sure."

Pavol Halabrín is today the mayor of the town of Myjava in western Slovakia. In 2005 he left the HZDS to join President Ivan Gašparovič's Movement for Democracy (HZD). The cause of his move was an argument with Mečiar, who accused Halabrín of privatizing the Myjava hospital.

When contacted by this reporter, Halabrín said he knew no more of the contracts between STV and Beta than the average citizen. He admitted, however, that "I'm good friends with Sedláček".

He said that the person in the transcripts was not him. "I've talked with Kubiš maybe twice in my life," he said.

The third telephone transcript is dated October 26, 1998 and features Milan Sedláček and Igor Kubiš. The latter says that "the contracts are prepared... the political board meeting starts at one [p.m.], so I'll take it to the boss."

Kubiš continues: "At the political board meeting a person will be picked to talk to the Council [STV Council], and to look after arranging the money".

The newspaper was unable to reach Sedláček, Kubiš or Mečiar for comment.

In 2004, Sedláček sold Štúdio Beta along with its receivables to a firm called CI Holding, which is now demanding Sk790 million from STV in lost profits.

STV is holding intense talks with CI Holding on reaching an out-of-court settlement. The station is holding out for the sum of Sk100 million, according to a source on the STV Council. "This sum could be substantially higher, everything now depends on whether people are elected [by parliament] to the Council or to the leadership of STV who had an interest in this case either directly or through their parties," said the source.

Some members of the Council are now talking about paying Sk300-350 million in damages. "The first to start talking about this figure and advocating it was Marek Maďarič [a former member of the STV Council and the current culture minister]," said the source.

When asked by this reporter for a statement on the STV-Beta contracts, Maďarič said through his spokesman that "at this moment the ministry has no reason to engage in this conflict".

The issue of the contracts between STV and Štúdio Beta will have to be addressed by the new director of STV, who is scheduled to be elected by the STV Council at the end of October. The Council will also play an important role, as it will have to authorize any sum that STV eventually pays CI Holding.

* Two co-production contracts were signed in 1998 by STV and Štúdio Beta regarding the preparation of the station's morning and evening newscasts.
* The first contract said that Sedláček's Štúdio Beta firm would deliver STV three hours of morning broadcasting daily over eight years. In return it was to receive Sk50,000 per broadcast plus any income from sponsorships or advertising.
* The second contract was signed by Kubiš 10 days before the STV Council proposed his dismissal. According to this contract, Beta was to have delivered a program covering up to five hours of evening broadcast time on the STV2 channel.
* The contracts said that if STV withdrew from them, it would have to pay Beta Sk50 million.
* Attorney Ernest Valko studied the Beta contracts between 1998 and 1999. "I worked with what was given to me by the STV leadership at the time, and I can tell you that these contracts were garbage, they basically involved the covert privatization of STV2," he said. At the time he recommended that STV challenge the contracts in court.
* Then-STV Director Milan Materák decided simply to stop fulfilling the terms of the contracts, giving rise to a court case worth almost Sk800 million.
* The Bratislava IV District Court and the Bratislava Regional Court have already ruled that the contracts between STV and Štúdio Beta were valid and should have been honoured. Only the Supreme Court can now change this verdict.