When youth is not enough

YOUNG people are noted for their enthusiasm, but in the past this quality was often not enough to land them a job if it was not allied with work experience. 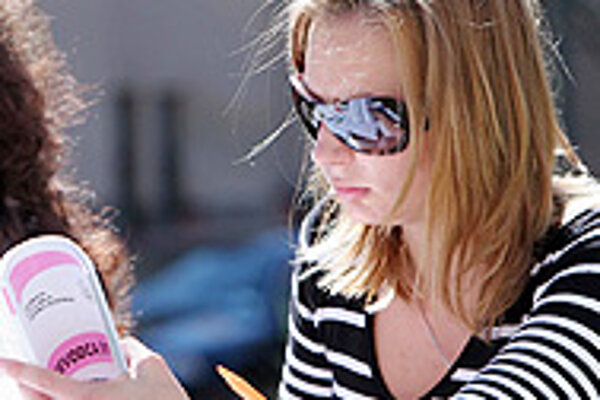 Font size:A-|A+  Comments disabled
YOUNG people are noted for their enthusiasm, but in the past this quality was often not enough to land them a job if it was not allied with work experience.

Nowadays, however, with the talent pool shrinking and employers competing for future staff, many companies are turning to trainee programs as a way of bringing students or graduates into their ranks. They can be costly and time-consuming, but firms that use trainee programs say they pay off.

VÚB bank, part of the Italian Banca Intesa Group, is one of the few companies in Slovakia that regularly organises trainee programs. The bank started its trainee rotation program for university graduates four years ago. During the six to nine months they spend in the course, the graduates rotate among the key departments of the bank and learn more about what could be their future profession.

"Young people have drive but they often lack experience. This is one of the reasons why we decided to implement the project - we wanted to give them a chance to start building a career, and at the same time to give the bank a chance to educate people it regards as prospects," VÚB spokesperson Alena Walterová told The Slovak Spectator.

So far, 64 candidates have joined the program, and in September VÚB accepted another 11 applicants to the training rotation. Interest is growing, the bank says, and access conditions have had to be tightened to emphasize language skills, theoretical knowledge and motivation.

In Slovakia, trainee programs tend to be organized by foreign-owned companies like VÚB that have the resources, the capacities, and the know-how to get the most out of them, HR experts agree.

"Trainee programs are in place at some international companies in Slovakia. It's our impression that hardly any fully Slovak-owned companies have trainee programs," Gerard Koolen, managing partner of Lugera & Makler, told The Slovak Spectator.

On the Slovak labour market students tend to work part-time at companies as a way of becoming included in the work process and gaining valuable working experience. After they finish their studies, many of these part-timers go on to full employment with the same company.

Reinhold Hofmann, the general manager of HIC Slovakia, also said that trainee programs so far tend to be restricted to large organizations, which are only now starting to organize them.

"One of the reasons [that Slovak firms tends not to hold trainee programs] might be the size of these companies. Those companies in the western world which run trainee programs tend to be large multinational conglomerates. The company needs to have the financial muscle to be able to absorb the trainees, since they initially do not contribute to the firm's revenues, while because of their qualifications they add a cost. Not many companies in Slovakia can afford that."

Additionally, Hofmann said, the management culture in firms that use trainee programs needs to support knowledge sharing, and not many Slovak companies have such an open management or leadership style.

According to Radomír Mako, managing partner of AJG-Amrop Jenewein Group, trainee programs appeared in Slovakia mainly after the arrival of foreign investors such as Dell to build service and call centres. The majority of these investors use large teams of mainly young people.

Trainee programs are also a typical feature of the financial, consultancy, IT, and manufacturing sectors, where companies invest considerable time, money and energy into developing their human resources.

"We are also seeing Slovak companies which have matured in their field making standard use of this process," Mako said.

A good trainee program should teach participants all about a prospective job, Koolen said, and should include on-the-job training and work on an important project for the company, such as market research or internal analysis. "A trainee should work at a couple of departments in order to gain an understanding of how a company operates, and to gain some real-life experience."

According to Mariana Turanová, managing consultant for Target Future Slovakia, good training programs should target students or graduates that study the appropriate courses. The candidates should be coached and supervised throughout the training process, she said.

Mako said that companies offering training courses must identify what they want to achieve with the program, and then decide which training programs could help the company achieve these goals. The final step is the selection of candidates.

A trainee program needs to target "next-generation executives", Hofmann said, which means that it should not be easy to get into, and even more difficult to complete successfully. "There should be also assessments to weed out the non-performers. The trainee program needs to be challenging for the trainee, and the practical activities the trainees undertake should be at least a partial pay-back to the organisation for the investment they made," Hofmann said.

Trainee programs unquestionably require the investment of significant time and resources. However, they can also be seen as a form of marketing, given that firms with good programs enjoy a good name among students.

"High quality trainee programs are attractive for the participants, because they benefit them in their future careers. Companies that provide such programs are preferred and get high ratings from young people looking for their place on the market," Mako said.

Turanová added: "Students understand very well that trainee programs can give them a unique chance to obtain their first work experience and work habits, and that they make it easier for them to be included in the work process."

According to Hofmann, not every student, whether sharp and career-oriented or those just looking for a well-paid and quiet job, will get what they bargained for on a trainee program in Slovakia.

"The sharp and career-oriented candidates normally go for a trainee program with an international company, while the second group might find themselves surprised by the market expectations of university graduates," Hofmann said.