WITH EVER more firms saying they are having trouble finding workers in Slovakia and other Central European countries, keeping the employees they do have is becoming a major concern. 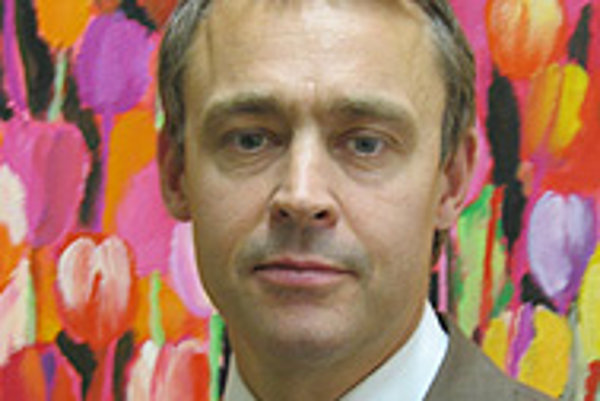 Font size:A-|A+  Comments disabled
WITH EVER more firms saying they are having trouble finding workers in Slovakia and other Central European countries, keeping the employees they do have is becoming a major concern.

Frans Hoekman, regional manager for Central and Eastern Europe of the Hudson HR company, says that companies which fail to develop their talent in this part of the world are at risk of losing people they have invested heavily in. Employee retention, he argues, is as big a concern as recruitment itself.

The Slovak Spectator (TSS): How would you compare the labour markets of countries in this part of Europe with those of older EU economies?

Frans Hoekman (FH): All of the markets in Central and Eastern Europe are pretty different. We are active in Romania, Poland, Slovakia, the Czech Republic and Ukraine. In Ukraine the situation is like it was 10 years ago in the Czech Republic. Foreign companies are entering the country, and you have the challenges of an emerging market; the difference is that it's a lot bigger, at 60 million people. Companies entering Ukraine need to find good management, for example, people who can communicate with head offices but who at the same time are locally integrated and can do the business.

On the other hand, the Polish, Czech and Slovak markets are a lot more developed. In Poland, for example, people show much more initiative in terms of going abroad for work than Czech and Slovak people, who are difficult to move abroad, and will always return to where they come from.

In this region, up until even five years ago, if you acquired a company you would have to first deal with the existing situation, find good management, maybe do a reorganization. Now, as these markets mature, incoming firms need to find specialists, such as in Prague where a lot of companies such as DHL now have IT support centres. They support their clients worldwide with their organization, because they have a follow-the-sun kind of approach. They may have a thousand people there, from SAP consultants to operators to project managers and software experts. There are various degrees of difficulty in finding them, which has to do with the absolute presence of IT people, and the labour mobility within that specific market.

Companies like DHL are here for a reason, because having the same kind of centre in the UK is much more expensive, and people are just as hard to find. On the other hand, look at Microsoft - they employ several hundred people from Romania in the US, because they are cheap, they speak languages, and they are well-educated. Likewise, there are lots of people from this region working in the UK and the Netherlands because they are cost-efficient.

So every country still has its specifics, and it's very difficult to speak about Central Europe as a whole. They're all at different stages, and the supply of people varies a great deal.

TSS: But at the same time, companies in this market tend to complain about the same things, such as the availability of skilled labour.

FH: What is very specific to this region is retention, which is causing problems not only for large international companies but also smaller privately-owned companies.

Take a company like Procter - their policy is to select high potential from universities, and what they do in the US and Western Europe is to develop these people internally and give them an opportunity to develop their competencies and move forward within the company. If you work for a company like that you are likely to work there your whole career.

Very often, that doesn't work in this region, for various reasons. First, I don't think that students have the outlook or the information that they might have in Western Europe or in the US, that these bigger corporate companies provide such specific career opportunities. People here are more short-term and more materialistically oriented towards their jobs. They might find a job a nice opportunity and enjoy the prestige of working for an international company, but they might not see it as a lifetime employment.

These companies invest a whole lot of money in developing their people, from assessing them to training and educating them to optimise their talent. Once this is all functioning well, because they have the technology and the HR people to implement it, the candidates have the outlook that they can function like that in those companies. Here this exists, although it isn't as developed, and because there is a general shortage of very talented people, consulting companies try to get talented people from banks, for example. Because of the relative cost of labour it is easy to offer them an interesting raise if they join a consulting company.

TSS: Is the labour supply here being substantially reduced by the lure of working abroad in the EU?

FH: Definitely, it's having an impact. But I don't think this will last for long because, for example, the Polish market is developing enormously in terms of salaries and the professionalism of companies. An international firm in Warsaw may now be just as interesting to work for as a firm in the UK. Mind you, there is a certain attraction in big cities like New York or London or Hong Kong that will always remain.

TSS: It's ironic that people from this region are moving west for work just as companies from the west are moving here in search of workers.

FH: Of course, this is absolutely a factor that business has to take into account. They have to make better use of existing talent, to find out who their best people are and offer them the best possible career opportunities and thereby increase their retention rate.

TSS: Has this become even more important in the newest EU countries than in Old Europe?

FH: No. In countries like Holland, where I come from, the war for talent is intense. Consulting companies in my country are struggling to get fiscal people, because every year you have 500 people graduating and a demand for 4,000. That's why you can't say companies have only cost reasons for coming over here - it's also tapping into a new talent pool. That's why companies are moving eastwards, because it's not possible to get really experienced SAP consultants in the west, or at least not without paying huge amounts of money. If you need to run a relatively cost-effective operation and still get the job done, you may need to go to Bulgaria and Romania.

I think the perception that the grass is greener on the other side is changing very fast. I came to the Czech Republic in 1992, and within this very small time frame these markets have evolved enormously. And I believe it won't be long before the perception of the west is again very different than it is now.

TSS: So what strategies can foreign investors adopt here while young and talented people still believe the grass is greener elsewhere? Auto firms in particular are already complaining that they can't find enough skilled labourers.

FH: We talked to quite a few people in these companies, and we heard the same thing. The main thing that causes people to change their jobs, besides the financial motivation, is because they aren't being developed. The HR profession here is also very sedentary. It involves taking care of personnel administration and salaries, registering holidays and that kind of thing. It's still not focused on getting the most out of your people, and vice-versa. This is at a very low level here.

FH: I think it's a question of knowledge. If you look at the universities here, in general, the topics that are being lectured on in HR are the very basics, whereas in Western European countries it is much more developed. We have to interact better with universities to train future HR managers. Most of the HR managers here who have a specific strategic role are not based here - they're based in Paris or Moscow. And they leave the local HR management - recruitment and administration - to other people. I think they need to invest much more in offering their people development and career guidance and coaching.

TSS: What specific things to companies need to be doing to achieve this?

TSS: Developed how? With clear career paths, or travel opportunities?

FH:It's important to know what motivates your staff, whether salaries, company culture, their ability to fulfil their ambitions - whatever. There are plenty of cheap and very concrete tools to measure people's competencies, and if we can tell people that the position they want to move into has this competency profile, and that they now have that one, we can give them an objective and simple map to reach the state they want to get to. In the end, the biggest reason that people stay in their jobs is that they are successful in them, and the reverse is also true. I believe the most important thing in selection is making sure the person has the objective competencies to be successful in their jobs.

I also think that one of the biggest worries of companies coming to this region is not the availability of workers, but the chance that they will lose a lot of people, because they are investing a huge amount of money. It's not just about the recruitment fee and the cost of developing them, it's the fact that they walk away after two years, which is a critical time in this region. After all the energy you put into that person, you have to start again, and companies really worry about their efficiency on this score. And again, the number one issue in retention is that people feel they are not being properly developed.