The uncertain future of personnel leasing

PERSONNEL leasing, which allows employers to cover a temporary shortage of employees in certain positions, is becoming an ever more popular form of employment in Slovakia especially with the arrival of new auto industry manufacturers. 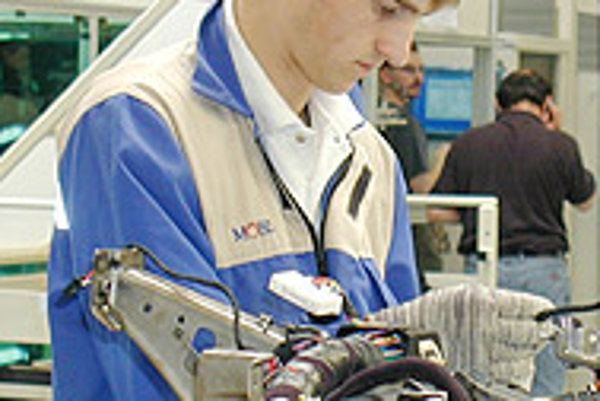 Font size:A-|A+  Comments disabled
PERSONNEL leasing, which allows employers to cover a temporary shortage of employees in certain positions, is becoming an ever more popular form of employment in Slovakia especially with the arrival of new auto industry manufacturers.

However, changes the Slovak government is considering to the current Labour Code could make the labour market less flexible and limit temporary employment, HR experts say.

Barriers to employing people on a part-time or temporary basis were presented by the Fico government in its program statement as a way of strengthening the rights of the employee in Slovakia and supporting full-time employment, with all of the legal rights this status entails.

The Labour Code will be amended "to eliminate discrimination of employees hired by temporary employment agencies by ensuring equal protection for all employees," the statement reads.

HR firms say that if such changes are made, they could effectively stifle the development of personnel leasing before this form of employment has a chance to reach its zenith.

"There is a question over the amendment to the Labour Code that is being prepared by the new government. If the cabinet makes the Labour Code less flexible it will affect the whole labour market, including personnel leasing," explained Ingrid Grebecová, executive director of Trenkwalder Management Partners, for The Slovak Spectator.

The Labour Code was amended only recently by the previous government of Mikuláš Dzurinda to make it easier to hire and fire employees, and its flexibility has been praised both by domestic employers and foreign investors.

However, HR experts are concerned about the latest discussions initiated by the current leftist government and the country's unions to change the rules on fixed-term employment (na dobu určitú), and say that personnel leasing and temporary employment are already facts of life in Slovakia.

"Personnel leasing is used often in Slovakia and it is becoming more and more popular. Currently there is no position that cannot be filled by personnel leasing. Our company finds places for many candidates ranging from labourers to administrative employers, IT specialists and financial experts," Grebecová said.

Manpower Slovensko has also noticed that Slovak employers are taking a growing interest in personnel leasing since the beginning of 2006. "This is a clear sign that this form of employment has potential in Slovakia. We expect the trend towards employment through personnel leasing to grow in the second half of 2006 as well," said Manpower Slovensko country director Boris Lukáč.

According to Lukáč, personnel leasing is a widely used and acknowledged form of employment in Europe that is anchored in national legislation. "We are closely following the statements of the new cabinet officials on temporary employment," he said.

Personnel leasing gives a company access to special skills that it needs temporarily, not on a long-term or a full-time basis, said Reinhold Hofmann, general manager of HIC Slovakia. "It is usually used for tasks which fall outside of the company's core activities. International companies also use personal leasing to evade head-count issues. The work needs to be done, but they don't have enough people internally, and they are not allowed to hire due to downsizing targets."

According to Gerard Koolen, managing partner of Lugera & Makler, personnel leasing is used mostly in manufacturing and other jobs requiring little initial training.

"Companies with high turnover due to low salaries and/or tough working conditions need personnel leasing very much, as they need a constant inflow of new personnel. However, the advantages of personnel leasing still need to be discovered by the majority of companies [in Slovakia]. Many general managers and HR managers only look at the extra cost - the commission for the agency - on top of the salaries, and have no overview of the direct and indirect financial savings that personnel leasing offers its customers," Koolen said.

In Slovakia, industry is traditionally the largest user of personnel leasing, contributing 60 percent to demand for the service. However, the services, retail and administration sectors are gradually catching up. According to Manpower Slovensko, the gap with the industrial sphere is narrowing thanks mainly to new foreign investments and the IT field. There has also been a significant increase in demand for personnel leasing from automotive companies due to seasonal variations in their production.

In the older EU countries, between 20 to 40 percent of all employees are now temps or people working through personnel leasing agencies.

Many companies in Slovakia tend to pay their temps less than their regular employees. "In Western Europe it is the other way around. Temps get the same salary, and often a higher salary than the regular employees because the temp is offering his of her labour flexibly and in the short term to the company. For this benefit the company pays a slightly higher salary. This means that the company shares its profits on flexible employment with the temp," Koolen said.