AS you may have noticed, winter has begun creeping up on us again. Instead of planning picnics and bicycle trips, soon you'll be settling down on your couch with a cup of tea and your favourite pet, and popping a good movie from your local DVD rental shop into the player. 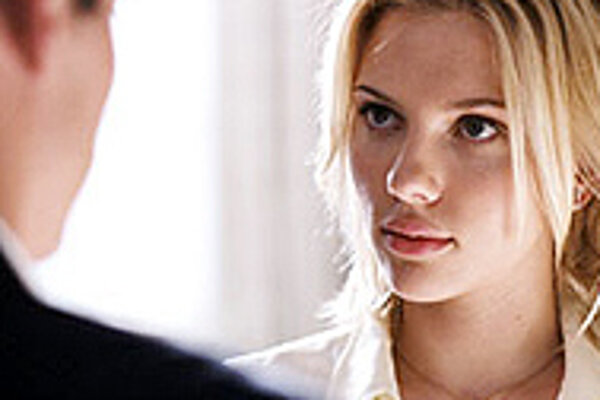 AS you may have noticed, winter has begun creeping up on us again. Instead of planning picnics and bicycle trips, soon you'll be settling down on your couch with a cup of tea and your favourite pet, and popping a good movie from your local DVD rental shop into the player.

Here are some recent releases The Slovak Spectator recommends:

In what's been called his finest film in over a decade, legendary writer/director Woody Allen breaks from his tradition of romantic comedies about neurotic New Yorkers with a film noir that poses weighty questions about the power of greed, luck and lust.

Some time later, Nola and Tom break up, and Chris begins a torrid affair with her. But is Nola's demand to have a life with Chris enough to make him break up his marriage? If not, then to what extremes will he go to protect it? And what role will luck play in it all?

Everyone's heard leaving your parent's house by the time you're eighteen proves you're independent and self-sufficient. But how would you feel if your parents devised a scheme to make you leave so they could work on rekindling their marriage?

Tripp (Matthew Mc Conaughey) is a boat salesman in his mid-thirties who likes that his parents, Sue (Kathy Bates) and Al (Terry Bradshaw), still take care of him. But when Sue and Al hear from their friends that getting your adult child out of the house does wonders for your sex life, they hire Paula (Sarah Jessica Parker), a "professional interventionist", to lure Tripp into a relationship.

At first, Paula's fail-proof system for making Tripp fall in love with her seems to work, but various twists get in the way, forcing him to face his fear of commitment and her to confess how she really feels.

Many people say the artistic kinship Spike Lee has formed with Denzel Washington since the two did Malcom X together rivals the intensity of the legendary Scorsese-De Niro partnership.

In Inside Man, Lee gets another great performance out of Washington, who plays Det. Keith Frazer, a New York City hostage negotiator who comes up against the most brilliant bank robbery he's ever seen. Or at least he thinks it's a bank robbery, until he realizes the robber, Dalton Russel (Clive Owen), is just stalling for time.

Things get even more complicated when Madeline White (Jodie Foster), a high-powered business woman with a hidden agenda and powerful connections, arrives on the scene and pushes Det. Frazier aside to protect her secret client's interests. His hands now tied, Frazier still has to rescue the hostages and find out what the bank robbery's really about.

The surprise ending leaves the viewer pondering questions about redemption, morality and the greater good.

Rachel Weisz won an Academy Award at this year's Oscar Awards for her portrayal of Tessa Quayle, an undercover activist searching for answers to the intrigues behind a pharmaceutical company's operation in Northern Kenya. Deemed too dogged in her pursuit of the truth, Tessa is murdered, leaving her mild-mannered husband, Justin (Ralph Fiennes), a diplomat with the British High Commission, wracked with guilt. While coming to terms with her death he realizes, because he never knew what Tessa's life's work was really about, he never really knew her.

Justin enlists the help of his best friend Sandy (Danny Huston) from the High Commission as he sets out to investigate his wife's murder and fit together the pieces of the research she'd been conducting.

But as Justin unravels the mystery, including a secret connection between Sandy and Tessa, he finds a conspiracy much deeper and sinister than he could've imagined.