The mountain mystique, methodical and thrilling

FROM Greek mythology to the lyrics of a Diana Ross song, mountains have been used to symbolize the adversity humanity struggles to overcome. 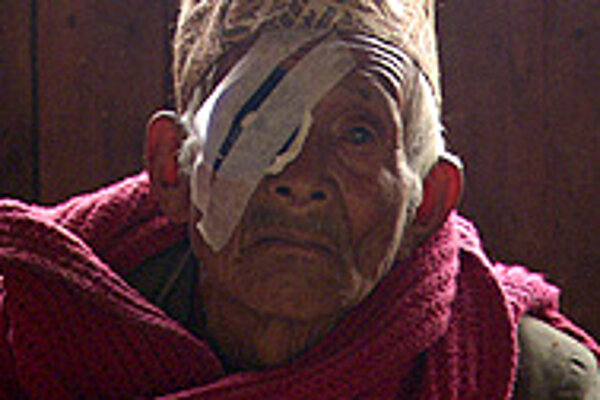 Font size:A-|A+0
FROM Greek mythology to the lyrics of a Diana Ross song, mountains have been used to symbolize the adversity humanity struggles to overcome.

And for the past 14 years, the International Festival of Mountain Films in Poprad has celebrated those brave souls who scale nature's beauty to remind us what faith and the human spirit can accomplish.

This year's festival takes place October 11-15 in the Gerlach Cinema, and consists of twelve blocks of documentaries from three continents that range in length from 4-75 minutes. Many will be competing for the festival's top prize, the Grand Prix.

The screenings kick off with The Tatras' Metamorphosis by Slovak director/cinematographer Pavol Barabáš. Arguably the country's most acclaimed documentary filmmaker, Barabáš goes into the festival fresh off the success of Pururambo, his award-winning film about a primitive tribe living in the jungles of Papua New Guinea.

The Tatras' Metamorphosis commemorates the powerful wind storm that struck the High Tatras in November 2004, uprooting kilometres of trees and killing one person.

"Everyone says the Tatras will never be what they once were," Barabáš said, "but the mountains have their own life and will never be subject to our ideas about them. This movie is my expression of how they have changed, and the awe and respect we should have for the world that has given birth to us."

Barabáš's newest film, Tepuy, about spelunkers exploring the undiscovered depths of the Chimantá massif in Venezuela, will be shown the evening of October 13.

Another documentary in competition that touches on the power of the human spirit is Light of the Himalaya by American filmmaker Michael Brown, which will show the evening of October 15.

The documentary profiles the Himalayan Cataract Project, a charitable initiative started by American opthamologist Dr. Geoff Tabin. Determined to combat the high rate of cataracts-related blindness among the villagers nestled in a 8,200-metre-high Nepalese summit, Dr. Tabin fought his way to the top with the help of the North Face expedition team, which was led by some of the world's best mountainclimbers.

"Expeditions lend themselves well to story telling," Mr. Brown said in an interview for Outside, a magazine popular among outdoors types. "I look for those elements in a story that keep it interesting. The hero's journey is a great beginning point for any story - the hero goes to an extraordinary world and comes back with some great wisdom."

But as well as pondering the philosophy of mountaineering, the festival will also address the sport's riskier side.

Huck and Chuck by Swiss freeriders Nicolas and Loris Falquet airs on October 12. A mixture of fiction and reality from the brothers' lives, the plot provides ample opportunity for more of the high-speed descents and acrobatic stunts off 30-metre cliffs that have earned them devoted fans around the world.

"Their footage is some of the sickest I've ever seen," exclaimed one blogger.

Other documentaries to be shown include Nanga Parbat by Spanish director Sebastian Alvaro and two by up-and-coming Slovak director Pavol Pekarčík, Breeze and Karakoram.