Under pressure, judges must show courage and character

AN EXPERT discussion on the future of the Special Court for organized crime cases began on October 9. While the court's fate was not known by the time The Slovak Spectator went to print, it has already become a cause celebre in Slovakia, with its supporters claiming it symbolizes the country's campaign against the mafia, and its critics saying it is expensive and under-worked. 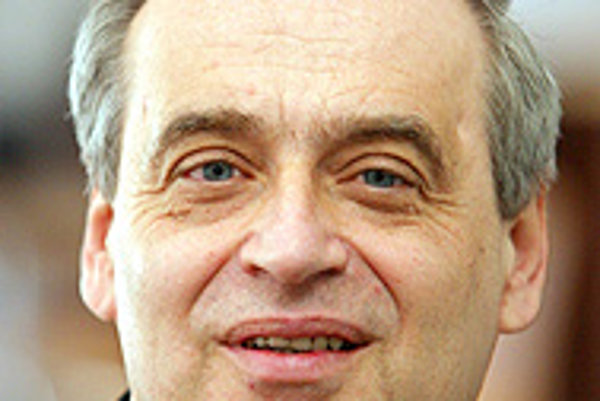 Font size:A-|A+  Comments disabled
AN EXPERT discussion on the future of the Special Court for organized crime cases began on October 9. While the court's fate was not known by the time The Slovak Spectator went to print, it has already become a cause celebre in Slovakia, with its supporters claiming it symbolizes the country's campaign against the mafia, and its critics saying it is expensive and under-worked.

Former Constitutional Court Chief Justice Ernest Valko, now a Bratislava attorney, has argued cases in front of the Special Court before, and perhaps represents the middle ground between the two camps. Its brief could certainly be expanded, he says, but it has already proven its worth in breaking the local corruption ties between judges, politicians and criminals in smaller towns.

The Slovak Spectator (TSS): What condition is the judiciary in following the accession of the Fico government?

Ernest Valko (EV): According to the Constitution, the judiciary is independent. If we proceed from this fact, the minister is not allowed to interfere with the judiciary, whether at the district, regional or Supreme Court level. Ironically, it was the current minister who as chief justice of the Supreme Court [from 1998 to 2002] so fiercely defended his court against the Justice Ministry. We'll have to see today, when he is in the opposite role, whether he will live up to his previous words. We will also see the courage and character of each individual judge, as to whether he or she will let anyone interfere with a concrete case.

TSS: Would you call Harabin's actions towards the Special Court as interference with the judiciary?

EV: The Special Court is above all a professional matter, as the minister himself has stressed. Of course, he is allowed to have a personal opinion on the court. But if he believes the court should be abolished, and presents this view in public, he should have professional arguments to back it up. This issue shouldn't be politicized, even though as a member of the executive branch Harabin is a politician. He has to realize that he can no longer talk as a judge. Today, every word he says has a different weight.

TSS: After reading the report on the Special Court that Harabin presented to the cabinet in support of his demand that the court be abolished, what do you think of the level of Harabin's professional argumentation?

EV: His arguments did not consider whether the scope of the Special Court should be extended. That's where I think the problem arose. I can agree with the proposal that if we are going to have a Special Court, its authority should be much wider and include more organized crime cases and other serious offences. But the material that Harabin presented did not even consider this.

TSS: Was that due to professional incompetence or political design?

EV: The decision on whether to abolish or preserve the Special Court is in the final analysis a political one. It has to be proposed by the government and approved by parliament. But before that happens we need a professional debate that hears the arguments of both sides. If that doesn't happen, it will be a display of arrogance by those in power.

TSS: Was the vote of the Judicial Council in support of abolishing the Special Court a contribution to this debate?

EV: Given that the vote was not based on any analysis or professional material, it was a political decision, not a professional one.

TSS: You've argued cases in front of the Special Court before. As an attorney, are you in favour of it?

EV: If the Special Court receives some extra powers that we have mentioned, then it will be a contribution to the system. I agree with the minister's arguments that the court of appeal should be the Supreme Court, but that calls for specialized senates to be created at the Supreme Court, in order that criminal section judges not sit on these cases.

It's very interesting to note that while the greatest criticism of the Special Court is the higher salaries of its justices, it was current PM Robert Fico who originally as an MP submitted the proposal that the judges receive a salary of six times the average wage. It was his idea in the first place.

TSS: What has been the greatest benefit of the court in its current configuration?

EV: Above all, it has cut the local ties [between politicians, organized crime and the justice system]. This is a small country, and everyone knows everyone else. In towns of 5,000 people, you may have a few judges, prosecutors and lawyers, all of whom know each other from school. It's the same in Austria and the Czech Republic - I call it the Hapsburg Empire hangover effect.

But it doesn't have to be that way - I have experience of other small countries, such as Denmark and Holland, where these local ties don't have such a harmful effect on democracy. In Slovakia they do, however, and we have to admit this openly and honestly. It's a question of political culture and the maturity of the nation. That was the main idea behind the creation of the Special Court.

TSS: Your relationship with former Justice Minister Daniel Lipšic is well known, because it was while articling in your office that Lipšic came of age as a lawyer. Do you agree with his statement that with Harabin in it the current government is "mafia-friendly"?

EV: Dan articled here and worked here as a lawyer, but it is well known that on certain things we had different opinions, such as abortion legislation, and his law requiring people to prove the origin of their assets.

I think in this case, Dan spoke as a politician. It's very popular to use phrases like "mafia-friendly", because it's very easy to understand. But as a lawyer I would give a great deal of thought to using such phrases.

TSS: But the phrase obviously has a factual underpinning, which is that the steps taken and laws passed make life easier for organized crime.

EV: Proposing something is one thing, and practical reality is another.