A Tribute to Dr. Havel

THROUGHOUT the second half of the 20th century, a playwright from Prague wrote dramas that defined an era; spent years in prison for his beliefs, yet never lost faith in his principles; and led his country to democracy. 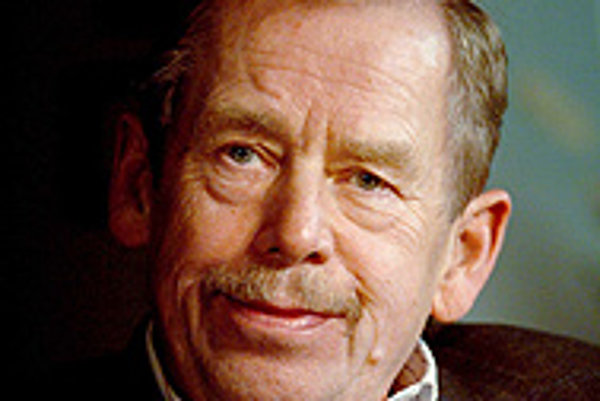 Font size:A-|A+  Comments disabled
THROUGHOUT the second half of the 20th century, a playwright from Prague wrote dramas that defined an era; spent years in prison for his beliefs, yet never lost faith in his principles; and led his country to democracy.

He is Václav Havel, the dissident writer and human rights leader who celebrated his 70th birthday earlier this month.

While awarding him the Fulbright Prize for International Understanding in 1997, former US Secretary of State Madeline Albright delivered this effusive tribute to her fellow statesman and friend:

"Havel was a serial truth-teller, a recidivist champion of human rights, a man who so stubbornly stuck to his principles that he resisted every effort at rehabilitation until the Czech people intervened and sent him up the river to the Presidential Palace. We ... are the beneficiary of his wonderful crimes. Because his nation and his neighbours are free, we too are free; free now from the icy grip of the Cold War, free now to bring the world together around basic principles of democracy, open markets, law, and peace."

And this October 6, Havel looked just as touched to receive an honorary doctorate degree from the Bratislava University of Performing Arts. Draped in a black graduation robe, he sat quietly as academics and artists, exactly the section of society that had stood with him during his iron-willed opposition to Communism, took to the stage of the Slovak National Theatre to express their gratitude.

"I could've expected to receive this honor," he said gently, his hands folded in front of him, "but I couldn't've expected it would be with such warmth and kindness."

Václav Havel was born in 1936 to a family deeply involved in the entrepreneurial and intellectual facets of Czechoslovak society. For this reason, they were labeled a "class enemy" when the Communists took power in 1948. Their property was confiscated and Havel's right to a post-elementary education was significantly restricted.

Havel's quest to attain further education was perhaps the first example of the stubborness, willpower and thirst for knowledge that would impel him throughout his life. To finish high school, he attended night courses while working as a lab technician. And when his applications to liberal arts universities were rejected, he studied economics at the Czech University of Technology.

It wasn't until his years of military service in 1957 that the young Havel began to express himself through drama. In 1959, he worked as a stagehand at Prague's now-legendary ABC Theatre, where he honed his writing skills by publishing articles defending absurdist dramas. This led to an invitation to work with the theatre's ensemble, which he did during the years preceeding the Prague Spring.

A turning point occurred in 1968, when Havel traveled to the United States, and came in touch with the 60's counterculture, especially the rock music of the Rolling Stones and Frank Zappa.

This inspired "a temperament, a nonconformist state of the spirit, an anti-establishment orientation, an aversion to philistines, and an interest in the wretched and humiliated," Havel wrote in his 1992 book Summer Meditations.

His plays from that period represented stinging satires of the Communist bureaucracy. The Garden Party (1963) tells the story of a young man who rises to the top echelons of a government bureaucracy simply by adopting its convoluted jargon. The Memorandum (1965) features a company that believes translating its internal documents into an unintelligible language will improve efficency.

But the invasion of Czechoslovakia by Warsaw Pact forces in 1968 put an end to "socialism with a human face". Havel's plays were banned and he was repeatedly arrested and jailed. The only profession he was allowed to assume was as a brewery worker, and his passport was seized.

True to his style, he forged ahead.

In 1977, Havel supplied moral authority and eloquence to Charter 77, a petition signed by an association of 230 Czech intellectuals committed to human rights. Similar in purpose to the American Declaration of Independence, the petition stated, in part:

"The right to freedom of expression, for example, guaranteed by Article 19 of the [International Covenant on Civil and Political Rights], is in our case purely illusory. Tens of thousands of our citizens are prevented from working in their own fields for the sole reason that they hold views differing from official ones, and are discriminated against and harassed in all kinds of ways by the authorities and public organizations. Deprived as they are of any means to defend themselves, they become victims of a virtual apartheid."

The rumblings of social change finally echoed out of control in November 1989, when police suppressed a student demonstration in Prague. Nationwide acts of civil disobedience erupted, with artists taking the lead. Within days, Havel had been named the leader of the Civil Forum, an organization that demanded fundamental changes to the Czechoslovak political system.

The Velvet Revolution that followed put an end to Communism in Czechoslovakia. Havel served as its president, and then of the independent Czech Republic, until 2003.

At a special White House ceremony, President Bush once again offered the world's praise for his life and work:

"Václav Havel ridiculed the pretensions of an oppressive government and was viewed as an enemy of the state. The most subversive act of this playwright was telling the truth about tyranny. And when the truth finally triumphed in a 'kindhearted revolution,' the people elected this dignified, charming, humble, determined man to lead their country. Unintimidated by threats, unchanged by political power, this good man has suffered much in the cause of liberty and he has become one of liberty's greatest heroes."