A bittersweet taste of jazz

NO ONE is sure how long ago they met. All anyone knows is that it was in a dimly-lit, smoke-filled theatre, amid the sensuous chords of a Chick Corea piano solo and the blare of a Wynton Marsalis trumpet improv. And they've been inseparable ever since - the Culture and Relaxation Park (PKO) and the Bratislava Jazz Days. 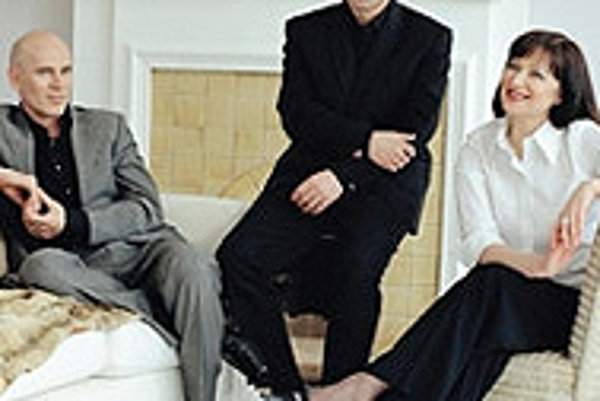 Font size:A-|A+  Comments disabled
NO ONE is sure how long ago they met. All anyone knows is that it was in a dimly-lit, smoke-filled theatre, amid the sensuous chords of a Chick Corea piano solo and the blare of a Wynton Marsalis trumpet improv. And they've been inseparable ever since - the Culture and Relaxation Park (PKO) and the Bratislava Jazz Days.

But their romance could be about to end. The multi-million-euro River Park development project already under way along the banks of the Danube plans to demolish the PKO, or at least significantly shrink it, leaving the festival without premises.

But that won't stop organizer Peter Lipa, the pioneering Slovak jazz legend who founded the festival over thirty years ago, or the legions of world-class artists it attracts. If necessary, they'll just do what jazz musicians do best: improvise.

"We try not to repeat guest artists," Lipa said. "We look to fill every year with new faces and new names."

One of those fresh faces is the Kenny Garrett Quartet, which takes the stage on October 20. A jazz saxophonist molded by the great Miles Davis, Mr. Garrett has touched hearts with his melodic delivery and brilliant blend of jazz with ethnic influences.

His latest album, Beyond the Wall, reflects his recent trip to the Great Wall of China.

"[Beyond the Wall] is Garrett's strongest moment in an already enduring career. It's fully realized compositionally, and in terms of its arrangements and its playing, it's virtually flawless without sacrificing emotion or creative intent or aesthetic vision. Simply put, it's his masterpiece," Thom Jurek wrote for the All Music Guide.

Other bands performing that day include Boboš & The Frozen Dozen from Slovakia and the exceptional American bass guitarist Richard Bona, who's played in Bratislava's famed Babylon Club.

Headlining on October 21 is noJazz, a French act that's been crisscrossing Europe since its inception two years ago.

The band consists of keyboardist Philippe Balatier, who was inspired by the "Godfather of Soul", James Brown; the young virtuoso trumpeter Guillaume Poncelet; guitarist and drummer Pascal Reva; saxophonist Philippe Sellam, who's played sideman to the fantastic African drummer Paco Séry; and Mike Chekli, a hot DJ from the Parisian hip hop scene.

According to the Eye for Talent agency, "if there is a concept behind [noJazz], it is very simple: to mix the original celebratory spirit of jazz with hypnotic rhythms and contemporary sounds."

"I don't really know the Slovak jazz scene, but I have heard the audience is awesome, so we'll have fun for sure!" Mr. Balatier told The Slovak Spectator.

Among those the fiery Frenchmen will be sharing the stage with are Longital, the Slovak group formerly known as Dlhé Diely, and the Cuban-American Ignacio Berroa Quartet.

Matt Bianco broke onto the international scene in 1984 with the album Whose Side Are You On?, a synthesis of styles that spawned the smash hits Get Out of Your Lazy Bed and Half a Minute.

"The Matt Bianco of 1984 was very much marketed in a pop world. It was the beginning of the video age and we kind of marketed that way. Now it's 20 years later and, although the music to me has not changed a great deal, we are now taking music more on an adult level. I think the music we do now is the same, but more mature. It suits our age group and us. We feel comfortable with it," band member Mark Reilly told Karl Stober for the Jazz Review website.

The groups closing out the festival include the fascinating young Polish singer Anna Maria Jopek, a classically trained pianist who graduated from the Chopin Academy of Music in Warsaw, and American smooth jazz guitarist Matt Marshak.