Smer versus the media?

EVEN IN the first hours after parliamentary elections, when the victorious Smer party barred journalists from its headquarters and forced them to wait outside on the sidewalk, it was clear that relations between the media and Smer would be complicated. 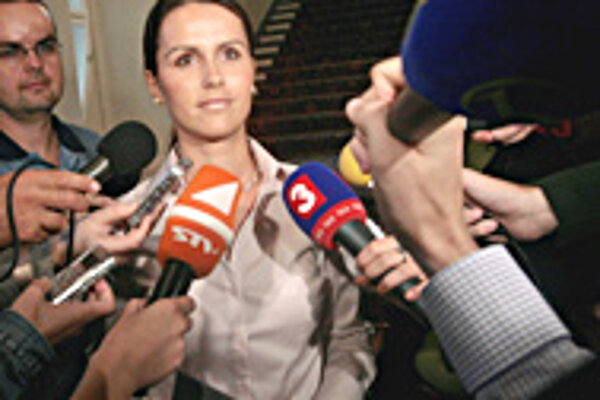 Font size:A-|A+  Comments disabled
EVEN IN the first hours after parliamentary elections, when the victorious Smer party barred journalists from its headquarters and forced them to wait outside on the sidewalk, it was clear that relations between the media and Smer would be complicated.

That election night had not been an accident was confirmed by the party's former spokesperson, Silvia Glendová, for the Sme daily in early September: "the media were never too inclined towards Smer in the past, and are now not inclined towards the government. Election night was perhaps an expression of our relationship with journalists."

Once in government, the party did nothing to heal that relationship. Glendová, now as the government spokesperson, sent the media a letter telling them how journalists should dress if they wanted to be admitted to the Government Office. "They should approach the issue of attire professionally and with a certain element of taste and civility," she wrote. Any journalists who broke this dress code would be barred from the Government Office "in the interest of protecting the tone of the official functions of the prime minister".

In contrast to the two preceding Dzurinda administrations, the language that government representatives use towards the media is noticeably sharper. Glendová told Sme quite openly that the two camps were at loggerheads: "We are leading a fight against the opposition and the media, and they are both very strong camps, which is why our work will be very difficult."

Coalition media critics have focused principally on the public Slovak Television (STV) channel, as well as Slovak Radio (SRo). The vice-chair of the far-right Slovak National Party (SNS) Anna Belousovová, accused the news broadcasts on STV and SRo of bias, and said the way they criticized the government was not seen "even in African countries".

"It is unacceptable for public media to put the boot to the government in a biased way before it has even had a proper chance to get working, and to ridicule the democratically elected members of the governments," she said.

Media analyst Andrej Školkay, cited by STV on September 28, said Belousovová's criticism was unjustified: "I didn't find a single concrete example, and in fact she [Belousovová] didn't cite one, in which a news report [on the public channels] ridiculed a member of parliament of the government, so I don't think what she said is true."

True or not, the government's criticism of the public media escalated at the beginning of October when Prime Minister Robert Fico called STV's editor-in-chief to outline how the station should cover the Slovak leader's working visit to Italy. The STV editor in question, Roland Kyška, interpreted the call as an infringement on the station's independence.

"The current administration believes that the phrase 'public media' denotes a certain level of servility," he said.

Glendová was quick to respond: "The editor-in-chief deliberately misinterpreted and twisted [what happened] to launch an unjustified and politically motivated attack on the prime minister, thereby fundamentally casting doubt on the professionalism of STV's news coverage," she said.

As the STV Council, the station's governing body, prepared to elect a new director - three candidates advanced the second round on October 17 - the government's criticism of the station continued.

Ján Kovarčík, the vice-chairman of the ruling Movement for a Democratic Slovakia (HZDS) party, targeted the station's political talk shows and debates. "STV's discussion programs are often biased and slanted, which springs from the fact that some of the creators of these programs are ideologically attached to the policies of the current opposition," he said in mid-October. Of the Pod lampou (Under the Lamp) show anchored by Štefan Hríb he said: "The creators have great difficulty even concealing their hatred towards the representatives of the current ruling coalition."

Following the decision by the Party of European Socialists to suspend Smer on October 12 for forming a coalition with the extremist SNS, Belousovová again took exception to how STV was covering her party. She promised to sue "anyone in Slovakia" who referred to the party as extremist, and on an STV talk show chastised the anchor: "Miss journalist, I protest your continual linking of the SNS with extremism, especially on public television, and I demand that you cease and not permit yourself to do it!"

Political scientist Grigorij Mesežnikov, head of the Institute for Public Affairs (IVO), said he was disquieted by the language the government was using towards the media. "It should be asked why the media are so critical of the government in general and Smer in particular," he told The Slovak Spectator. "I think that Smer has not managed to forge normal and proper relations with the media. In the past as well, some Smer members behaved quite arrogantly towards journalists, so they shouldn't be surprised that the media are fairly critical of them today.

"Furthermore, in the past 10 years the media have made enormous strides, and are now much more sure of their values, especially in terms of which reforms they support. They obviously don't regard this government as pro-reform, on the basis of its first 100 days in office, which only adds to their critical approach.

"The worst response would be a power play by the government, and I'm worried that might actually happen. The fact that the prime minister called the STV editor-in-chief to criticize a newscast tells you something. It was absolutely unacceptable, and it testifies at least to an inability to communicate with the media."

Ján Budaj, the former chairman of the parliamentary Media Committee (1998 to 2002) told The Slovak Spectator that the media policy of the new government was not clear: "This ruling coalition has a rather nebulous media policy. Culture Minister Marek Maďarič, who unlike many of his predecessors is well versed in the media field, refused to say what he intends to do, but only says he needs time to think. That's not the way to govern. Either he doesn't really know what he wants to do, which in his case I don't believe, or he's preparing something and doesn't want to tell us yet."

Former HZDS MP Dušan Jarjabek, who now represents Smer in parliament, headed the Media Committee until 1998, and said he didn't think that the government's relationship with journalists was the problem. Instead, as he told The Slovak Spectator, he sees the fault in legislation: "First we need to pass a law on concessionary fees, and thereby resolve the financing problems of public media institutions. Today the existence of the institutions is in danger, and private TV stations are replacing them, even producing more original content. We have to define in law what public service means, and then require these institutions to fulfill these terms. Because they are not commercial stations, and at the moment this public function is lacking. Only that kind of service can be supported from concessionary fees."

Mesežnikov said he was more skeptical than optimistic regarding the relationship between the government and the country's media: "I expect the gulf between the media and the Smer party will widen," he said.