AFTER 10 years in office, Ivan Saktor, the president of Slovakia's Confederation of Trade Unions (KOZ) labour umbrella group, announced he was stepping down as of October 31 to enter municipal politics. 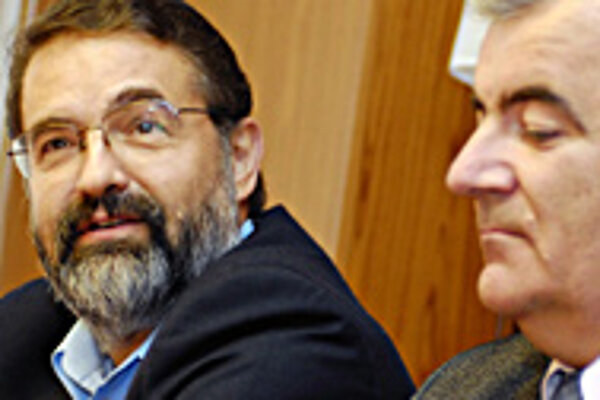 Font size:A-|A+0
AFTER 10 years in office, Ivan Saktor, the president of Slovakia's Confederation of Trade Unions (KOZ) labour umbrella group, announced he was stepping down as of October 31 to enter municipal politics.

The KOZ elected a new president to replace the confrontational Saktor on October 18. Miroslav Gazdík, a former miner described as a moderate compared to his predecessor, was chosen to lead Slovakia's organized labour until 2008 with the support of 86 out of the 96 delegates at a KOZ congress.

Gazdík, who is virtually unknown to the public, started his union career in 1989, and since 1998 he been the head of the mining, geology, and oil industry union. He said after his election that one of his priorities would be securing a revision to the Labour Code to offer more protection for workers.

Saktor, one of Slovakia's best-known union men over the past decade, intends to run for the post of mayor of the central Slovak city of Banská Bystrica in December municipal elections. His candidacy is supported by the ruling Smer, the Slovak National Party, and the non-parliamentary Green Party of Slovakia.

The support from Smer is seen as part of a larger cooperative deal between the self-described socialist party of Prime Minister Robert Fico and the KOZ.

As a union boss, Saktor frequently organized protest marches and assemblies, often in front of the Labour Ministry or the Government Office. His combative presentation of labour interests bore no fruit in the 1998-2006 period, however. The unions lost their position in the tripartite, a formal policy body including labour, business and government representatives, under the previous right-wing government of Mikuláš Dzurinda, leaving them virtually no say in government decisions.

Saktor said that the past eight years had been the toughest in the history of the Slovak labour movement.

"Former Prime Minister Mikuláš Dzurinda's two governments covered eight years, and that was a difficult period for Slovak unions because the government, especially in the 2002-2006 period, was practicing clearly neo-liberal politics," he told The Slovak Spectator in an interview on October 17.

"Labour unions were the only force in Slovakia that managed to create resistance and pressure against the decline of society."

However, Saktor's critics say that his leadership contributed to the decline of Slovakia's union movement over the last decade (see press digest, page 4).

In the latter part of his KOZ tenure, Saktor increasingly flirted with politics, taking the union group closer to the left-wing Smer, which resulted in open support for the party in the June 17 general elections.