A YEAR AGO, most Slovaks would not have been aware that there was any competition on the health insurance market. Although they had a choice of several health insurers, neither major ad campaigns nor significant product differences disturbed the placid coexistence of the major houses. 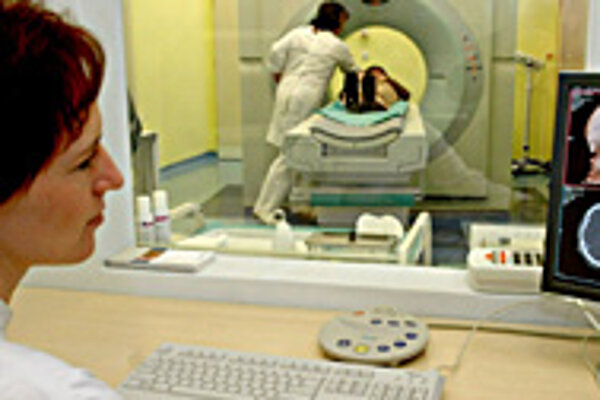 Font size:A-|A+  Comments disabled
A YEAR AGO, most Slovaks would not have been aware that there was any competition on the health insurance market. Although they had a choice of several health insurers, neither major ad campaigns nor significant product differences disturbed the placid coexistence of the major houses.

But the entry of new firms and a change in legislation in 2006 unleashed a savage competitive struggle. Insurers launched massive promotional campaigns promising various discounts and benefits in their battle for policyholders, while some were accused of luring trade by telling potential clients their current insurance house was about to close down.

As a result of the increased competition - and perhaps also of the scare tactics - 548,770 policyholders decided to change their health insurer this year, compared to only 51,090 last year.

VŠZP filed a complaint about the mendacious recruiters with the Health Care Supervision Bureau and informed the central bank's Insurance Market Supervision Department.

Perhaps coincidentally, complaints leader Union Zdravotná Poisťovňa was the biggest winner in the contest for new clients, acquiring 390,472 policyholders as a start-up. Európska Zdravotná Poisťovňa, which was the second most cited, is also a new entry.

Most complainants alleged that they had been registered as policyholders with a new health insurance company even though they had not filled out an application to change their health insurer.

Much of the turmoil on the market has been due to a change in the law preventing people from changing their insurance company as often as every six months. Now, policyholders may change insurers only once a year, and must make their move by September 31 to become a policyholder with a new insurance company for the following year.

The new September deadline this year forced the new health insurance players to attract as many clients as possible to be able to launch operations in 2007.

Despite disapproving of the disreputable recruitment methods, industry players say they approve of the new life that competition has brought to the market.

"The competition is welcome, because it can ensure access to better services for clients," said Eduard Kováč, the director of the Association of Health Insurance Companies (ZZP), which associates the privately owned health insurers.

Kováč emphasized that competition on the market should be supported, but warned against giving advantages to some insurers.

New Health Minister Ivan Valentovič said in July that he intended to change the legal status of the state-owned VŠZP and SZP from joint stock companies to public institutions.

"Competition makes sense only if all players have an equal position. The cabinet says that it will keep all health insurers equal even after the proposed changes concerning the two [state] insurers, but we're not so sure," Kováč told The Slovak Spectator.

"Of course, we welcome healthy competition, because it makes the market develop dynamically, and increases quality for the policyholders," said Radoslav Bielka, spokesman for Dôvera and Sideria.

"However, with the increased competition came undesirable tactics such as spreading wrong information and making promises that can't be fulfilled. These strategies are short-sighted, and we believe that policyholders and health care service providers will be able to distinguish quality [among insurance houses] quite quickly."

Európska Zdravotná Poisťovňa spokesman Maroš Sýkora added that the competition put pressure on the health insurers to protect the interests of their policyholders.

"Health insurance companies should not act merely as clearance centres, sending money from clients to health service providers. They provide a service that is paid by their clients, who usually don't have a medical education and cannot protect their interests. This should be the role of the health insurer."

Európska Zdravotná Poisťovňa will be the smallest health insurer next year, having recruited a mere 66,297 policyholders.

"Insurance is a long-distance race. From this point of view, the date September 31, 2006 is not significant," said Sýkora.

Winners and losers on the health insurance market

Number of policyholders
in August 2006

% change in number
of policyholders