Do your homework before choosing a health insurer

ONE of the side effects of the recent advertising campaigns put on by health insurance companies is that the public is beginning to become more interested in health insurance. However, most people, say market insiders, are still not interested enough in who their insurer is and what services they can expect for their money. 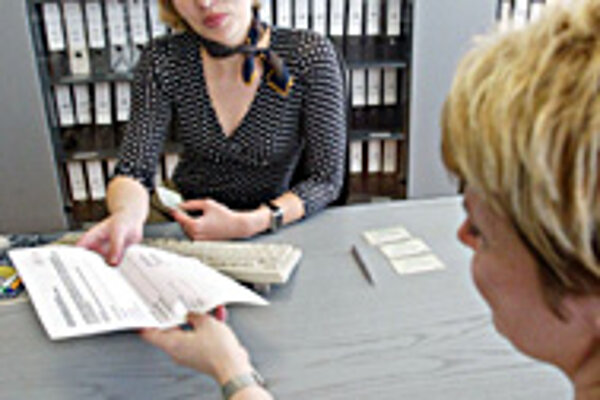 Font size:A-|A+  Comments disabled
ONE of the side effects of the recent advertising campaigns put on by health insurance companies is that the public is beginning to become more interested in health insurance. However, most people, say market insiders, are still not interested enough in who their insurer is and what services they can expect for their money.

"A policyholder has to take an active role. He has to have an interest in getting the information he needs. [Policyholders] should concern themselves with where the health insurance payment goes and what [they] should get for that money. Unfortunately, people still aren't showing an interest in getting the necessary information," Eduard Kováč, director of the Association of Health Insurance Companies in Slovakia, told The Slovak Spectator.

Kováč admitted that policyholders still do not have enough information channels to be able to select the best services, but they should at least use those that they have. "Hotlines, the Internet, and face-to-face inquiries should all be put to use," he said.

According to Kováč, if an insurance company wants to stand out it should provide its policyholders with useful information such as biannual or quarterly reports.

"People usually devote more time to deciding what car to buy than who is going to be looking after their health," said Maroš Sýkora, spokesman for Európska Zdravotná Poisťovňa.

Sýkora said that Slovak legislation sets relatively strict guidelines for what a health insurance company can and cannot do, giving the impression that all insurers are the same. "However, this is not true. There are differences," he said.

"For example, when the majority of people in Slovakia have a problem, they ask their acquaintances whether they can recommend a doctor. This is not the right way of doing things. First, there is great room for corruption in such cases, and second, people without a medical education cannot judge such a matter correctly. This is an area where an insurance company could help. A patient should have the option of calling his health insurer and asking the firm to recommend a good physician," Sýkora said.

Health insurers offer various advice on what information a policyholder should look for in order to be able to make a good decision in choosing health insurance.

Petra Balážová, the spokesperson for Všeobecná Zdravotná Poisťovňa, pointed out that the ability of an insurer to provide health care services when a policyholder really needs them is the most important consideration.

"A customer should look for information about how many health care providers have a contract with the insurance company and whether the health insurer also has contracts with specialized healthcare providers. A policyholder should also find out what programs the insurance company has for patients at risk and with long-term diagnoses, what it does in terms of prevention, cardiovascular diseases and cancer, and how it covers costly treatments," Balážová said.

"A policyholder should also pay attention to the relationship between the health insurer and physicians," said Radoslav Bielka, spokesman for the Dôvera and Sideria health insurers. "It is possible to check this very easily by talking to your doctor."

He added that waiting periods for operations are also an important issue, along with the number of branches and offices in the area and communications channels between the health insurer and its policyholders.