IT IS ONLY in the last few years that insurance companies in Slovakia have taken more than engine size into consideration when setting their prices of for third-party motor vehicle liability insurance. This year, the number of categories and criteria is set to increase again. 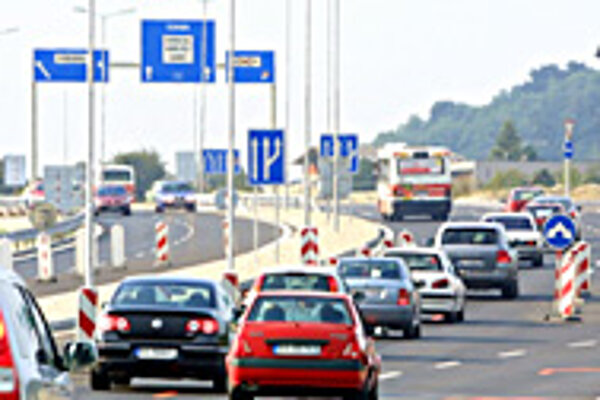 Font size:A-|A+  Comments disabled
IT IS ONLY in the last few years that insurance companies in Slovakia have taken more than engine size into consideration when setting their prices of for third-party motor vehicle liability insurance. This year, the number of categories and criteria is set to increase again.

Five years ago, the state insurer Slovenská Poisťovňa (SP) was the only one allowed by law to provide third-party motor vehicle liability insurance. In the three years after SP lost its monopoly on this type of insurance, no companies used more criteria to set rates because of the lack of statistics, said Česká Poisťovňa-Slovensko spokeswoman Ivana Cambalíková.

"Today, the situation is different. Insurers have their own statistics on car liability insurance with more detailed data. Based on these data, insurers can offer better contract terms to better clients. As of November this year, Česká Poisťovňa-Slovensko plans to introduce more criteria in the price calculation, and we expect that more insurance houses will do so in future as well," Cambalíková told The Slovak Spectator.

So far, Česká Poisťovňa-Slovensko uses three basic criteria in setting its rates: vehicle category (motorcycle, car, etc), engine size, and the amount of coverage. According to the company, the riskiest categories are motorcycles, buses and trucks.

Siegfried Fatzi, director of Wüstenrot Poisťovňa, said his company regards engine efficiency and the age and sex of the driver as the most important criteria. He believes that engine efficiency better reflects possible risks than engine size.

"We are the only insurer to provide higher discounts for women, because we think they are good drivers. This will remain the same next year. Drivers over the age of 23 will also be a category that gets more advantages," Fatzi said.

According to Wüstenrot, the damage from accidents caused by female drivers is generally less, although the frequency of accidents is almost the same as with men. Younger women cause greater damage than older women, but the difference is not as great as in case of men who, when young, tend to cause extremely high damages if they have accidents, Fatzi explained.

Radovan Kohút, marketing director of ČSOB Poisťovňa, said that the more criteria a company used, the better it was for clients. "More detailed categorization means a fairer premium," he said.

ČSOB has thus added new categories so that drivers from rural areas pay less than their urban counterparts.

"Our policy is to focus on those driver segments with the best performance and offer them better premiums," Kohút told The Slovak Spectator.

According to ČSOB's data, younger drivers with powerful cars cause the greatest damage in accidents they have. Older drivers living in smaller towns are considered the least risky drivers.

Allianz-Slovenská Poisťovňa also now takes more categories into consideration when calculating driver premiums, such as age, the type of car, the amount of experience the driver has, whether he has children who might borrow the car, whether he lives in the country or in the city, and others.

Allianz-Slovenská Poisťovňa spokeswoman Lucia Muthová said her firm took many criteria into consideration, such as the technical parameters of the car as well as how it is used, the driver profile and the region he lives in. "The combination of these criteria is crucial in setting the premium," she said.

Although prices for third party vehicle liability insurance in Slovakia are still among the lowest in the region, insurers say they will not increase greatly next year. Nor do companies plan to introduce premiums for drivers who had expensive accidents the previous year. The new price lists for 2007 should be published in November this year.

Several insurers said that for the premium system to work, all companies had to join in, and a database of drivers had to be created to improve information flows.

Number of cars insured as of July 31