ONLY WEEKS after having been embarrassed by a suspension issued to the ruling Smer party by Europe's socialists, Slovakia has received several job offers on the global stage that promise to increase the state's international profile. 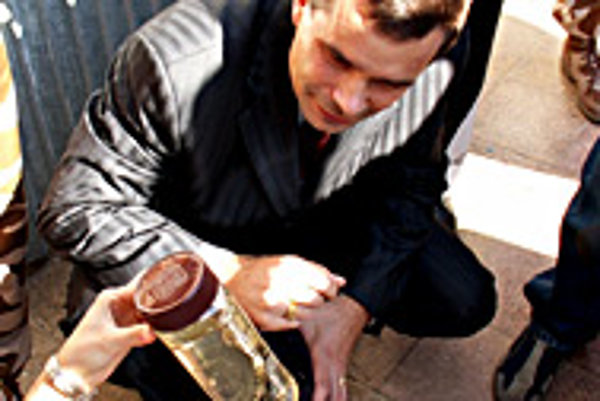 Font size:A-|A+  Comments disabled
ONLY WEEKS after having been embarrassed by a suspension issued to the ruling Smer party by Europe's socialists, Slovakia has received several job offers on the global stage that promise to increase the state's international profile.

At the same time, say international observers, these offers are a recognition of the work that the young Central European post-communist state has done so far in the international arena.

On October 20, the United Nation's (UN) Security Council tapped Slovakia, which holds a non-permanent seat on the Council, to lead a commission to supervise North Korea's compliance with sanctions imposed on it as a result of its recent nuclear test.

A few days later, Slovak Defense Minister František Kašický said the country had been offered the post of head of the UN's Disengagement Observer Force mission in the Golan Heights, where Slovakia currently has 95 soldiers stationed.

Kašický said Slovakia was "considering the offer", and stressed that the job would have to be assigned to a person with extensive experience in similar missions, with strong language skills, and with deep knowledge of politics.

According to Ben Slay, the director of the regional UN Development Program centre in Bratislava, Slovakia should feel honoured by such offers.

"In principle, being asked and being prepared to risk the lives of your citizens and your assets to protect innocent people who cannot protect themselves is a great honour. In practice, whether or not Slovakia should agree to a given request for engagement in a peacekeeping operation is a political question, and one that can only be answered by the citizens of the Slovak Republic," he told The Slovak Spectator (see also interview, page 8).

"Slovakia is a member of NATO, and its military forces have participated in a number of UN peacekeeping missions. This means that the Slovak military is recognized as having relatively advanced levels of hardware and professionalism, both in terms of its internal workings and its control by civilians.

"These characteristics suggest that Slovakia is capable and trusted, and make Slovakia a desirable partner for such ventures," he said.

At the same time that the UN was raising Slovakia's credit, an Austrian newspaper reported that the European Union was considering former Slovak Prime Minister Mikuláš Dzurinda as a possible replacement for the EU's high representative for foreign affairs and security policy, Javier Solana.

Solana's press department later denied these speculations, stating that he was not planning to leave office.

Dzurinda said that even if he were offered the post, he would decline it because he wanted to concentrate on Slovak politics. He said of the report, however, that "it is confirmation of the high credibility and good and strong position that Slovakia has enjoyed in the past few years."

The government that replaced Dzurinda's administration in July, led by Prime Minister Robert Fico, took some international fire in its first weeks over the presence of the far-right Slovak National Party in the ruling coalition, culminating on October 12 in the suspension of Fico's Smer party by the Party of European Socialists.

However, Fico government officials have insisted that the international community need have no fears that it will live up to its domestic and international obligations. "We just need time until the phobia regarding this government subsides and it is evaluated on a more normal basis," said Finance Minister Ján Počiatek in an interview with The Slovak Spectator. "I am convinced that in a year's time, this will not even be an issue."

Slovakia's permanent representative at the UN, Ambassador Peter Burian, will be leading the UN Security Council's Committee for the Control of Sanctions Against North Korea.

The Slovak Foreign Ministry told The Slovak Spectator on October 24 in a statement that it was confident that Slovak UN representatives would cope with their important role.

"Following previously unsuccessful attempts to convince North Korea to be more responsible in its approach to nuclear issues, the Security Council decided to take sanctions against the country. The debate on the concrete form [of the sanctions] will take place within the newly established sanctions committee under Slovak leadership," the Foreign Ministry statement said.

"This [appointment] reflects Slovakia's active and responsible involvement in the Security Council, specifically in the post of chairman of a Security Council committee established in 2004 to control the proliferation of weapons of mass destruction.

"We consider the naming of Ambassador Burian to the post as a recognition of the quality of Slovakia's diplomatic corps as well as confirmation of the high international credit our country enjoys.

"At the same time, however, we do realize that Slovakia is taking on considerable responsibility for a complicated and politically sensitive topic."