"We don't want a purge of public media" 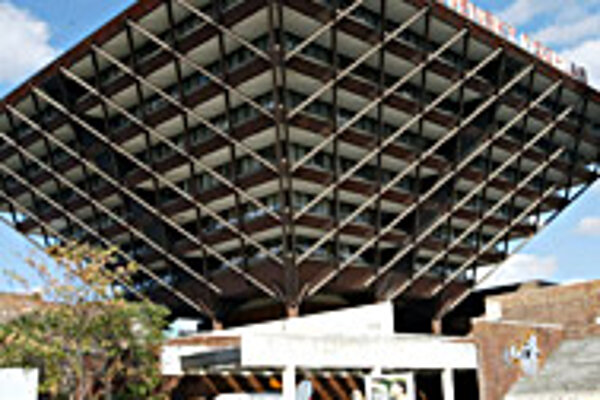 Ivan Sečík:Certainly. Our first priority is to ensure that they have sufficient finances, because that is the prerequisite if the public media are to start turning in a more respectable performance. I don't believe that public media should not compete for advertising, but I am convinced that advertising should not be their main source of income. And they should not be allowed to get into a situation where they are obliged to turn to a more commercial format. They should have sufficient public financing to be able to perform their key roles.

TSS: One of those key roles is to maintain independence, which is somewhat in conflict with the fact that Prime Minister Robert Fico recently called the editor of the nightly news to complain about their coverage. Do you think this phone call was acceptable?

IS:I wouldn't want to comment on the prime minister's phone call. I think cooperation between politicians, whether members of the government or state employees, on the one hand and journalists on the other could be improved somewhat, also from the side of the public media. One of the missions of public media should be to provide the widest possible selection of information, and they in turn should have the best possible conditions for doing their work. I believe things are moving forward in these areas. The case you mentioned was entirely political, and I think it was unfortunate. Nor should an editor working for a public medium politicize a case in this way. It should certainly not become the norm.

TSS: Do you believe that this government really doesn't want to politically interfere with the independence of public media or manipulate them in any way?

IS: I can't speak for the government in this area. As far as I remember, such statements [suggesting an intention to interfere] were made at press conferences of the SNS and HZDS parties.

As for the Culture Ministry, which is empowered to create legislation in this field, nothing like that has happened, and we are very careful in this regard. The ministry does not intend to interfere with public media at all. The leadership of the ministry wishes to work closely with journalists and the media through legislation and creating the optimum media environment. We are particularly concerned with public media, because their financial system puts them in a very disadvantageous position, and financial independence is the basic prerequisite for political independence.

TSS: Can the proposal to fuse Slovak Television and Slovak Radio under one roof be seen as an attempt by the Smer party to gain control over both institutions?

IS: Fusion is an exceptionally complex process that cannot be achieved in a couple of months. From this point of view it would be impractical if anyone wanted to use it to gain mastery of both media. My guess is that it would take at least two years.

TSS: The statements of some officials of this government have raised fears of greater political interference with the media. Can you rule this out?

IS: You have to understand my position. I am not a party member. Smer offered me this post, but they chose me as a person who has been involved with the media for his entire professional life. So I don't want to respond to these issues in a political manner. I understand your interpretation, and it is possible. But we at the Culture Ministry want to achieve something different, and I believe that at the moment the minister shares this position. We would like to bring an end to that unfortunate cycle in the public media, in which every election has been followed by a purge of personnel. This has never helped either institution, but at the same time, the legislative and legal framework that would guarantee them financial independence was never created.

IS: I think every government after the birth of independent Slovakia saw the public media as a tool of power and a way of furthering their own interests. There was certainly no interest in listening to the advice of experts. Our Press Act is from 1966, and this fall it will be 40 years old. In many parts it is in conflict with the Constitution, but it is still valid. We plan to prepare a draft amendment by next year, and I hope that we will manage to pass it in a simplified version.