"Slovakia is bound by its obligations"

BEN Slay, the director of the regional centre of the United Nation's Development Program in Bratislava, spoke to The Slovak Spectator on October 24 about the role Slovakia was already playing in UN's various programs and agencies, and how the country could help more in the future. 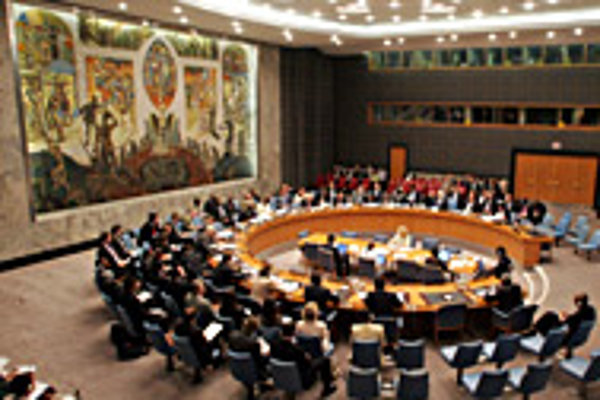 Font size:A-|A+  Comments disabled
BEN Slay, the director of the regional centre of the United Nation's Development Program in Bratislava, spoke to The Slovak Spectator on October 24 about the role Slovakia was already playing in UN's various programs and agencies, and how the country could help more in the future.

The Slovak Spectator (TSS): How is Slovakia currently contributing on the international arena to organizations such as yours?

Ben Slay (BS): Perhaps the simplest way to answer this question is to refer to the share of Slovakia's gross national income (GNI) that is currently devoted to official development assistance (ODA), in other words foreign aid for the world's poorest countries. At present, Slovakia devotes around 0.1 percent of GNI to this purpose. By 2015 this share is supposed to go up to 0.36 percent of GNI, according to Slovakia's obligations as an EU member state.

TSS: Where specifically is Slovakia doing its job well, and in what areas do you think Slovakia has already proven to be a reliable partner for the UN?

BS: Compared to some of its neighbours, Slovakia has made good progress in quickly putting in place the institutional framework needed to effectively deliver its ODA. Slovakia has selected a limited number of priority countries, many of which are in the region, such as Serbia. This helps prevent the dispersion of Slovakia's limited ODA resources across too many small projects in too many countries.

Much of the ODA is delivered by Slovak NGOs who do projects that are approved by a steering committee led by the Ministry of Foreign Affairs, and which use UNDP project management, financial, monitoring and evaluation procedures to ensure that the money paid by Slovakia's tax payers is well spent. These mechanisms are so attractive that other, larger donors like Austria and Canada channel some of their own funds through them, allowing Slovakia to increase the leverage and impact of its own ODA resources.

TSS: Does the UN have any concerns that Slovakia under its new ruling coalition might not continue to engage to such an extent on international affairs as under the previous government?

BS: This government, like its predecessor, is bound by its obligations as a EU member, and has many times indicated its commitment to social solidarity and its concerns about poverty. We are working with the new government to help Slovakia both transfer its development successes to other, less fortunate countries, and respond to those development challenges that remain at home. These include in particular the issues of Roma social inclusion, regional disparities, and the weak capacity of small towns and villages to define and implement their own development strategies.