BRATISLAVA, the wealthiest and fastest-growing city in Slovakia, is bordered immediately to the south and west by neighbouring countries. With residential development space around the capital limited, and demand for new apartments and houses rocketing, buyers are starting to spill over the frontier into towns such as Kittsee, Wolfsthal, and Hainburg in Austria and Rajka and Dunakiliti in Hungary. 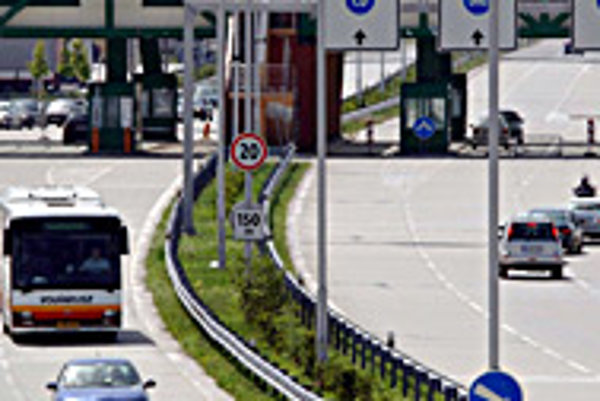 Font size:A-|A+0
BRATISLAVA, the wealthiest and fastest-growing city in Slovakia, is bordered immediately to the south and west by neighbouring countries. With residential development space around the capital limited, and demand for new apartments and houses rocketing, buyers are starting to spill over the frontier into towns such as Kittsee, Wolfsthal, and Hainburg in Austria and Rajka and Dunakiliti in Hungary.

These towns, while on foreign soil, are as little as 10 kilometres from Bratislava. By comparison, it would take a resident of Vienna about 30 minutes to get to Hainburg by car, while Budapest is more than 200 kilometres from Rajka. Thus, while they may represent less attractive real estate in their own countries, to Slovaks hunting for a home near the capital they are a steal.

"The prices of real estate properties depend directly on their proximity to a capital or some other large city. Thanks to EU enlargement, there are now places which are far from one capital but incomparably closer to another," said Mikuláš Rusó from the M.R.-reality real estate agency.

According to Martin Ančina of Opera Real, small border towns and villages like Rajka, Kittsee and Hainburg are not interesting for local citizens because of their remoteness from Budapest and Vienna. "This means that real estate there is cheap, and Slovaks have discovered that," he said.

"Recently, about 80 Slovaks have moved to Rajka. I think interest among Slovaks in locations here will grow. Maybe it has also become somewhat trendy to live here," a representative of the local town council in Rajka told The Slovak Spectator.

"We perceive Slovaks as equal citizens. We are trying to get closer to them in our everyday lives and culture, and to make sure we get along, even though the recent case [of ethnic Hungarian student Hedviga Malinová, who was allegedly beaten up in Slovakia] did not affect people positively," the local representative said.

Ančina said those Slovaks buying real estate in Austria usually spent less than Sk5 million. "This means it is more or less the middle class that is buying this kind of property. Their annual income probably ranges from Sk500,000 to Sk1 million. There is only one reason they are looking for such property - because it is cheaper - and they are willing to drive to Bratislava every morning. People who are able to spend Sk12 million on a property, for example, would not go to Rajka or Kittsee."

An old, small house in Dunajská Lužná, a village near Bratislava, can sell for as much as Sk4 million, while a new four-room house costs more than Sk5.5 million. A square metre of land with infrastructure in Dunajská Lužná costs about Sk2,000.

By comparison, prices in Hungary are about half as expensive. Rusó from M.R.-Reality said a 3-room house with 85 square metres of living space and an 800 square-metre lot in Rajka was selling for Sk2.7 million to Sk3.5 million.

A highway from Rajka leading directly to Bratislava is an additional advantage compared to the regular traffic jams on the road from Dunajská Lužná.

A smaller, older house in Kittsee, meanwhile, might cost Sk3.7 million, although land is more expensive than in Slovakia - building lots in Hainburg can cost about €100 per square metre, and in Wolfsthal slightly less.

Real estate agencies warn that the purchase price of a house or a building lot is not the only cost a buyer of foreign real estate should be prepared to pay. Extras may include higher costs for transport, utilities or services.

Rusó said that buyers looking at properties in Hungary should count on the fact that they need the approval of the state to own a property, which involves a fee of Sk10,000 and the services of a lawyer. Furthermore, the owner pays about 6 percent of the purchase price in real estate transfer tax.

In Austria, taxes and additional public notary costs can add 9 to 11 percent to the cost of the property.

Ančina from Opera Real said the financial advantages of buying a property in Austria were connected mainly with buying an existing house. If people elect to build a new house in Austria, the law obliges them to use an Austrian contractor, who will often charge more than a Slovak firm.

"We see cases where someone buys land and builds a house, but these are very rare, and the costs are the same as investing in real estate in Slovakia," Ančina said.

Furthermore, there is the inconvenience of owning real estate on the other side of the border.

"People have to remember that they are on the territory of a different state. The country might approve a new tax, and you will have to pay it. You might not understand their legislation. In addition, having to cross a border every morning can be time-consuming, although this might change after we join Schengen," said Jaroslav Dolnák, the director of the 1. Merkur real estate agency.

Financing problems could also crop up, because Slovak banks do not accept property located outside Slovakia as collateral for mortgage loans.

Dolnák said foreign properties were convenient mainly for people working abroad, for those who regularly drive their children to Austrian or Hungarian schools, or for "cosmopolitans who just don't care which side of the border they live on".

Real estate agencies agree that demand for homes in nearby countries is not as strong as it is on Slovak territory, and that it will not last indefinitely.

"I expect interest to increase until the prices [of foreign real estate near Bratislava] reach the prices of property in Slovakia," Rusó said.