BRATISLAVA is under immense pressure from developers to authorize ambitious projects in various parts of the city, but lacks one of the most basic tools for creating order in the midst of chaos - a master plan that would tell politicians and entrepreneurs what could be built where. 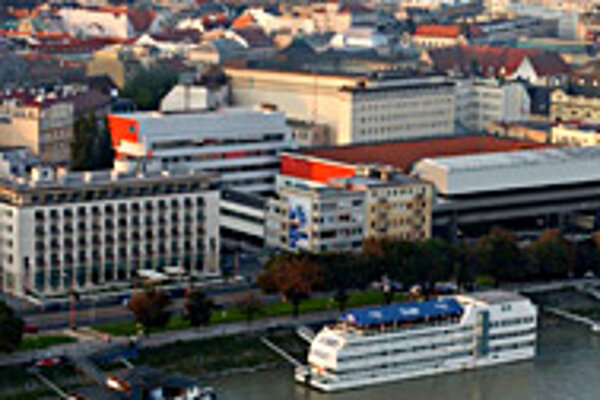 Font size:A-|A+  Comments disabled
BRATISLAVA is under immense pressure from developers to authorize ambitious projects in various parts of the city, but lacks one of the most basic tools for creating order in the midst of chaos - a master plan that would tell politicians and entrepreneurs what could be built where.

The city's master plan, which has not been changed since 1976, was supposed to have been approved in September. But it was defeated in city council, and now will not be revisited until after municipal elections in December.

"The master plan is an expert matter, but unfortunately it is one that is decided by politicians," said Štefan Šlachta, the city's main architect, who was elected this year after the post lay vacant for 12 years.

In the absence of a land-use map, real estate development in the city has been haphazard. Bratislava is now getting its first real skyscrapers, but they are scattered around the city, and their location lacks planning. Nor does the city have effective tools to fight illegal building projects, and investors often have a stronger voice in planning than those with the city's best interests in mind.

"The investors who are coming to Bratislava try to use the land to its maximum capacity," said Bratislava Mayor Andrej Ďurkovský for the Hospodárske Noviny daily. "It is understandable that they extend their buildings and try to get almost a 100-percent return on their investment, and as high a profit as possible from the land.

"However, they are clashing with the interests of the city, and we are trying to push them towards a totally different approach. In the past, such pressure did not exist. We are only now learning how to face it."

The chaos in Bratislava surrounding the master plan and future development is an indication of what can be expected in other Slovak cities and towns. Dutch engineering consulting firm Witteveen+Bos held a seminar on urban planning in Slovakia in September to explore the most common problems in the country's urban development. What it found were shortcomings in financing, legislation and strategy that prevented towns from using their limited planning resources effectively.

According to Witteveen+Bos, Slovakia towns that tend not to have enough money to achieve their urban planning goals should be more active in applying for EU funds and cooperate with the private sector, such as through public-private partnerships.

"The approach is always to identify the funding programs available for urban development, and then to develop a plan to optimise their use, both on the municipal and on the project levels," Albert Burgers from Witteveen+Bos told The Slovak Spectator.

"Realistic and appealing projects usually obtain funding in one way or another, but it is a challenge for the municipality to develop such plans. They may need assistance, certainly when it comes to more complex projects aiming at funding from private, national and structural funds sources."

Another problem facing urban planners in Slovakia is the fact that towns generally do not own much land, while large chunks of the municipality may be owned by many small private landowners.

This makes it difficult to carry out large urban development projects, because each landowner must be contacted and bargained with. Nor do municipalities have sufficient power to enforce their urban planning goals.

"Slovak towns are in a difficult situation because they hardly own any land, and the legal instruments for expropriation are quite limited," Burgers said.

"The balance between the right of the individual and that of the community is always a difficult one to find. In the Netherlands, for example, expropriation is rarely used, even though it is legally possible.

"The parties involved often think it is better to come up with a mutual agreement instead of having a judge define a settlement."

What Burgers found most striking about urban planning in Slovakia is that the master plan tends to be developed for the entire town, and then for individual locations, such as a mall or an office.

"It seems that no plans are being developed at the intermediate level, where the various developments would be integrated into a harmonious plan, and clever infrastructure solutions would be generated that improved urban quality in general."

In addition, given the centrality of the master plan to urban planning in Slovakia, Witteveen+Bos said that municipalities should put more effort into ensuring that the plan was of high quality.

"Sometimes municipalities need to be patient in urban development. It's better to have a good urban project later than a poor quality project today. This type of planning requires that different disciplines be integrated, that the financial feasibility be studied, and that co-operation between different public and private organisations be smooth," Burgers said.