THE FICO government sustained its first conflict of interest casualty when Deputy Agriculture Minister Marian Záhumenský resigned following reported improprieties.
Prime Minister Robert Fico announced that Záhumenský had quit in a terse statement on October 31, saying he accepted the deputy minister's decision, but not explaining the reasons behind it. 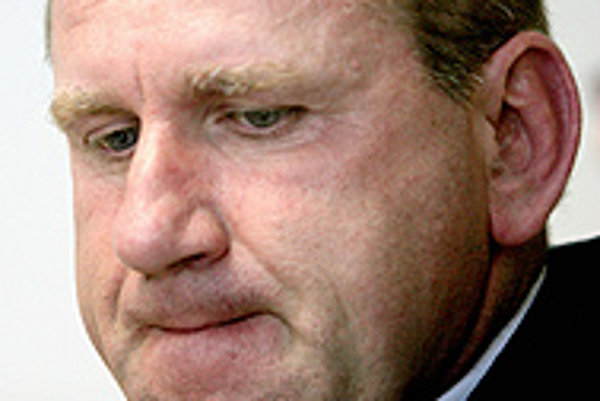 Prime Minister Robert Fico announced that Záhumenský had quit in a terse statement on October 31, saying he accepted the deputy minister's decision, but not explaining the reasons behind it.

"I'm more interested in whether we can reduce the price of natural gas," he said, referring to one of his government's most popular promises.

Záhumenský stepped down following a two-week scandal when it was discovered that after taking office at the ministry, he had scripted a change in the rules for approving subsidies to tobacco firms, resulting in an extra Sk4.4 million in aid this year for Záhumenský's own company, Agrocontract.

The deputy agriculture minister insisted, however, that his decision to step down was not connected with the case, but was motivated by "personal reasons".

"I wanted to protect myself, my family and the Smer party from further unjustified attacks," he told the Hospodárske Noviny daily. "The reason is unsubstantiated and inappropriate attacks by journalists."

Prior to Záhumenský's resignation, Fico had stood firmly by the deputy minister, who was nominated to his post by the PM's Smer.

After the scandal broke, Fico sent a letter to European Commissioner for Agriculture Mariann Fischer Boel, asking her to rule on the case. The commissioner replied that the Agriculture Ministry had acted in accordance with EU rules.

"For me, this case is closed," said Fico on October 27. "If he had been in a conflict of interest, I would have acted, but he wasn't. It's not worth jeopardizing the reputation of this government for Marian Záhumenský, and if I even thought that Záhumenský had done something that could damage the good name of the government, I'd get rid of him immediately. But I won't sacrifice capable people simply because the SMK [opposition Hungarian Coalition Party] says so."

Former Agriculture Minister Zsolt Simon, a member of the SMK, first alerted the media to Záhumenský's actions, while in response Záhumenský sued him. Fico also said that Simon had probably abused his power as a public official when he changed the subsidy rules for tobacco companies earlier this year.

But then Slovakia's newest tabloid newspaper, Plus 1 Deň, ran a story alleging that Záhumenský had accepted an offer to shoot a deer for free as a gift from the State Forests administration. A license to shoot a deer normally costs around Sk92,000 or more, according to the Sme daily. The State Forests administration is controlled by the Agriculture Ministry.

According to the Act on the Protection of the Public Interest, public officials may not accept gifts unless they are connected with their public offices.

The deer-hunting case will be discussed by the parliamentary Conflict of Interest Committee, as will the funding for Záhumenský's Agrocontract company.

The political opposition was extremely critical of the government in Záhumenský's case, saying it had taken too long to act, and that PM Fico had proven himself a hypocrite after his many strong statements on government corruption while in opposition.

"[Fico] was well aware from the beginning that Záhumenský committed a textbook act of clientelism," said former PM Mikuláš Dzurinda.

"I think that Záhumenský in the end acted like a man, unlike Prime Minister Fico, who didn't lift a finger to solve the case," said Pavol Hrušovský, the leader of the opposition Christian Democrats.

However, analysts stressed that it was important Záhumenský had actually resigned, and said that Fico had emerged from the scandal with a certain amount of credit.

Political scientist Miroslav Kusý, for instance, said that Záhumenský's decision showed that Fico knew how to keep order in his government, and that he had a healthy sense for political survival.

"He's prepared to back down if he thinks it's the right thing. That shows he had a healthy political instinct," the analyst said.

Emília Sičáková-Beblavá, the head of corruption watchdog Transparency International Slovakia, noted that Fico had not used the letter from the Agriculture Commissioner to keep his deputy minister in his post.

"This government is continuing with the trend that what is right is not merely a matter of what is legal, but also what is moral," she said.

Political scientist Peter Horváth added that Záhumenský could not have resigned sooner than he did, or it would have looked as if he and Smer were caving in to pressure from the SMK.

"If he had resigned only because the SMK demanded it, Smer would have looked weak," he said.

- with additional reporting
by Ľuba Lesná