Logistics is the future

SLOVAKIA is taking more and more advantage of its geographical location. A part of the EU and at the same time close to eastern parts of Europe, it is a favourite location for new logistics and stock parks. The construction of the parks was encouraged mainly by the entry of the large foreign investments in the country such as PSA Peugeot Citroen or Kia Motors Slovakia. 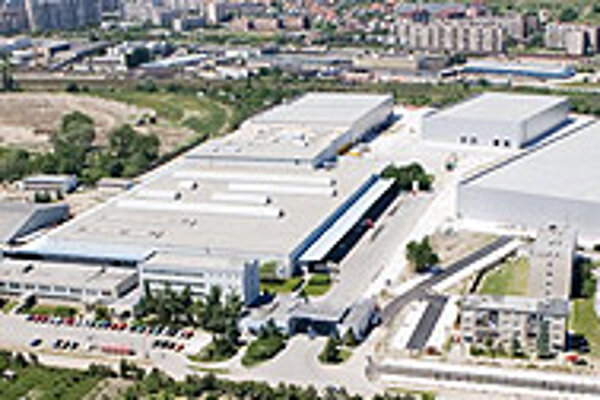 Font size:A-|A+  Comments disabled
SLOVAKIA is taking more and more advantage of its geographical location. A part of the EU and at the same time close to eastern parts of Europe, it is a favourite location for new logistics and stock parks. The construction of the parks was encouraged mainly by the entry of the large foreign investments in the country such as PSA Peugeot Citroen or Kia Motors Slovakia.

"Advantageous geographical location of Slovakia is and will be in the future an important factor for investors when choosing a location of the logistics parks.

"There are several factors influencing the choice of the location for the logistics centres such as the vicinity of a large city, large production companies, suitable transportation connection as well as accessibility of technical infrastructure," Veronika Vajda, marketing and PR manager of HB Reavis developer, told The Slovak Spectator.

This spring DTZ published its regular Commercial Property Markets Overview. DTZ expects the market of the logistics will continue to grow in Slovakia and the Central and Eastern European region driven by both consumer demand and manufacturing, creating demand at both ends of the supply chain.

According to DTZ existing stock in western Slovakia stands at approximately 320,000 square metre. A further estimated 171 000 square metre and 218,000 square metre is forecast to complete in 2006 and 2007. Foreign developers Parkridge, Pinnacle, and Karimpol will be responsible for the majority of new supply in 2006-2007.

Since EU accession in 2004, Slovakia has been chosen by many companies as a location for crossborder logistics functions serving Austria, and/or Hungary, the Czech Republic, and Poland. Many of these are small-medium sized operations requiring 5-10,000 square metre facilities.

As yet, very few companies have chosen Bratislava or Slovakia as locations for Regional Distribution Centres (RDC), although its potential as a regional hub remains high. Demand from the RDC sector is expected to grow, although competition from Slovakia's neighbours, particularly the Czech Republic and southern Poland is strong, wrote DTZ.

"The advantages of Slovakia comparing to the competition [neighbouring countries] come out of the geographical location, vigorously developing industry as well as from prices for services, rents and labour. On the other hand the competition [neighbouring countries] can take an advantage of the quality of services, better transportation infrastructure, developed industry and larger domestic market," said Vajda.

According to DTZ Brno in the Czech Republic offers competition to western Slovakia but labour costs and rental levels are marginally higher there than in western Slovakia. Central and Southern Poland meanwhile is already attracting demand from companies looking for CEE-wide RDC locations. While the road infrastructure there is a drawback, there is a significant supply pipeline of large-scale logistics parks.

Based on the DTZ study the developer confidence in the future of the warehousing and logistics market in Slovakia appears to be high. This is evidenced by the expansion plans of the major developers on the market e.g. Parkridge, Karimpol, HB Reavis, J&T / IIS, and UBM among others.

Most of the stock is clustered around the D2 and D61 motorway network heading north-west and north-east of Bratislava respectively.

The section of the D2 motorway between Bratislava and the Czech border allows the swiftest access to cross-border destinations to the west and south as well as to the Volkswagen plant. For companies supplying the two other car plants in the country, PSA and Kia, locations east of the city along the D61 are clearly superior.

The Senec area has emerged as a logistics hub particularly for speculatively-developed space. Senec is also better placed for servicing destinations in the rest of Slovakia.

The increased competition on the development market in western Slovakia from the new entrants such as Parkridge, Karimpol and Pinnacle has pulled rental levels for the new Class A space downwards in the past year. Effective rents are in the €3-3.5 per square metre/month range, wrote DTZ.