EXPRESS delivery firms in Slovakia are seeing double-digit growth in sales for the second year in a row due to factory investments and the overall growth of the Slovak economy.
For example, TNT Express saw a 42-percent rise in sales in Slovakia from January to September this year compared to the same period last year. DHL Express saw exactly the same sales increase in Slovakia during the first half of 2006. 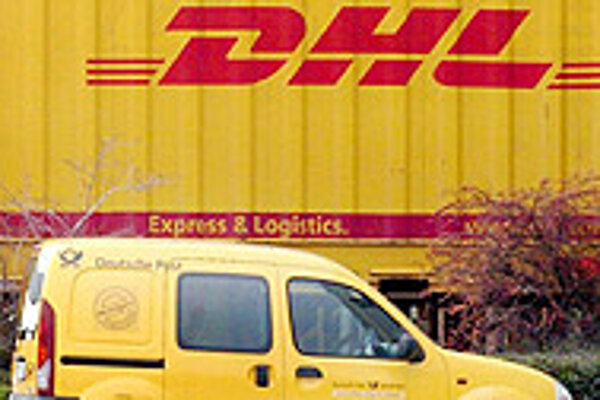 Font size:A-|A+0
EXPRESS delivery firms in Slovakia are seeing double-digit growth in sales for the second year in a row due to factory investments and the overall growth of the Slovak economy.

For example, TNT Express saw a 42-percent rise in sales in Slovakia from January to September this year compared to the same period last year. DHL Express saw exactly the same sales increase in Slovakia during the first half of 2006.

Laurenc Svitok, the director of DHL Express in Slovakia, told The Slovak Spectator: "This sector [delivery and logistics] is increasing really dramatically, and this trend will certainly continue in the near future. There are several factors influencing the growth, although in my opinion our entry into the EU and NATO was decisive, because it opened the path to foreign investments, mainly in the automotive and hi-tech industries.

"Furthermore, the opened borders and dismantled duty barriers enabled a significant growth in the flow of goods, with retail chains and the distribution of consumer goods playing the main role.

"Finally, Slovakia has an excellent geographical location in Europe, and this is why many foreign companies chose to build their regional distribution centres here."

Džundová said the increase had also been supported by the growing Slovak economy. "Foreign investments in new plants, call centres and service centres create a need for goods to be distributed to customers across Europe and worldwide. Demand for express delivery services and logistics is thus growing."

Increased demand for the fast and careful delivery of medical samples, automobile and electronic parts is another factor fuelling higher sales.

"The capacity of our roads certainly plays a negative role, and our road infrastructure in general is very inadequate. There are limited opportunities to switch transported goods to railways, as in Slovakia there are several bottlenecks that obstruct the full development of combined transportation," Svitok explained.

Ladislav Hradil, sales and marketing manager of FedEx Slovakia, highlighted the need to complete the freeway network to Eastern Slovakia.

Along with growing demand has come increased competition, although express delivery firms say Slovakia is not alone in this, as they face strong competition globally.

Many are trying to strengthen their position through mergers and acquisitions.

"The pressure from international companies that are financially strong is tough, and only very strong local operations are able to resist it," he said. "The fact that many foreign investors prefer foreign logistics partners with whom they have contracts and good experiences may be another reason [behind acquisitions in the sector]."

Džundová confirmed that competition was growing, and that firms were tending to opt for acquisitions. During recent years, she said, several firms from China, India and Europe had become part of the TNT group.

Hradil of FedEx said that all companies were being forced to cut costs. If they don't want to reduce their quality and make delivery times longer, he said, they had to cut administration costs, which sometimes created headaches for clients.

"Customers must carefully consider whether the price corresponds to the service. If they run into problems, they may find they can't get help because 'it wasn't included' in the price."