Police hunt killers among their own ranks

POLICE have arrested one man and are searching for two others who executed a businessman on November 14 during a home invasion in Central Slovakia's Polomka. To the nation's general dismay, two of the murderers are former policemen, and one is a current member of the elite police 'black masks' unit. 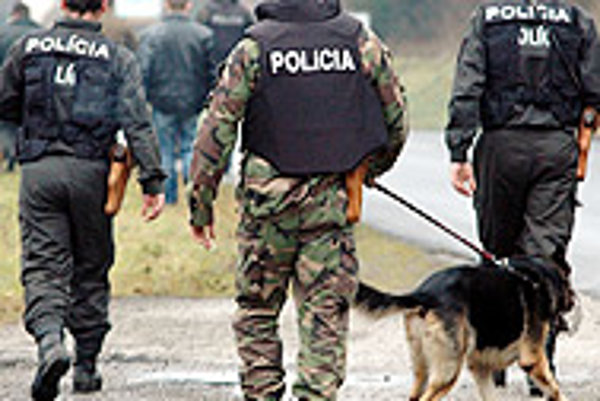 Font size:A-|A+  Comments disabled
POLICE have arrested one man and are searching for two others who executed a businessman on November 14 during a home invasion in Central Slovakia's Polomka. To the nation's general dismay, two of the murderers are former policemen, and one is a current member of the elite police 'black masks' unit.

Robert Červeňan, 32, a member of the black masks in Trenčín until 1995, has been arrested, while Robert Petluš, 35, a former detective with the Banská Bystrica regional police, and Juraj Roszík, 33, a current elite officer from the same Trenčín unit as Červeňan, are on the run. The three face murder and attempted murder charges, and life in jail if found guilty.

Ján Kubašiak, a 39-year-old businessman who traded in oil, was beaten up in his home by the three men, who were wearing black masks and police uniforms, and who gained entry by identifying themselves with police ID. After the beating, which occurred in front of Kubašiak's seven-year-old daughter and wife, they took him into another room and shot him through the back of the head.

A police patrol arrived as the assassins were leaving, having been called by a neighbour who saw them prowling around Kubašiak's house. The men again identified themselves as police, then disarmed the officers, handcuffed them, and escaped.

After one of the handcuffed officers managed to free himself and call in reinforcements, another police unit set up a road block and stopped the fugitives. However, in the ensuing gun battle, one of the real police officers was shot in the neck. He is in hospital in serious but stable condition. The murderers escaped while the partner of the downed policeman was administering first aid to him.

The police then closed down roads across the whole Horehronie (Upper Hron) and Banská Bystrica regions, assigning 300 officers to the case and checking every car. They found the car the killers had used by the side of the road near Brezno. Inside was a large amount of Semtex plastic explosives and fuses, as well as the murder weapon with a silencer still attached.

Červeňan was later caught and is cooperating with police. "I'm not surprised, because for these crimes he's looking at life in jail," said Police President Ján Packa at a press conference. "This is a man who in the past was suspected of working with criminals, but he left the police before he could be charged."

Kubašiak was part of a gang that defrauded the state of VAT on oil imports; in 2004, over 80 people were taken into custody in the case, although all but a few lower-level "soldiers" were eventually released by the courts. Kubašiak spent over a year in pre-trial custody.

According to the Sme daily, he was also to testify in a murder case against the reputed head of the Slovak underworld, Mikuláš Černák. Three witnesses in former cases against Černák have been murdered, including Marián Karcel, Kubašiak's close friend and business partner in the oil fraud gang.