PAVOL Hagyari, a well-known slovak lawyer, is running as an independent candidate for mayor of the town of Prešov. In the mid 1990's he was the chairman of the now-defunct Democratic Party, but gave up his post and left politics when the party failed to win seats in parliament. He now figures in 20 companies. 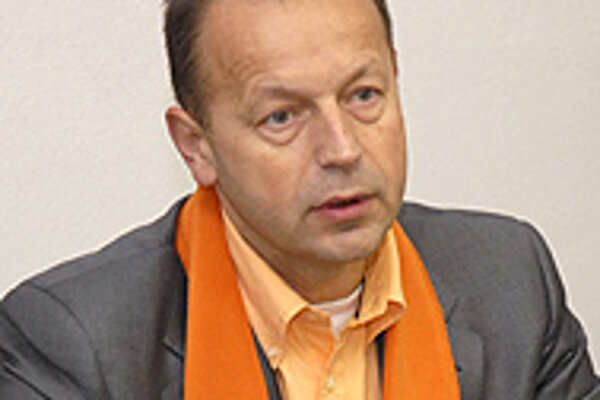 Font size:A-|A+  Comments disabled
PAVOL Hagyari, a well-known slovak lawyer, is running as an independent candidate for mayor of the town of Prešov. In the mid 1990's he was the chairman of the now-defunct Democratic Party, but gave up his post and left politics when the party failed to win seats in parliament. He now figures in 20 companies.

The Slovak Spectator (TSS): Why did you decide to run for mayor as an independent?

Pavol Hagyari (PH):My friends told me the mayor should be someone who will open the door for investments and who is not connected to any of Prešov's political lobbies.

Prešov needs to get its economy started. It needs a manager who has connections in Bratislava, who can use European funds, and who knows the major investors and can persuade them to direct their investments to Prešov. Prešov is the only regional capital that doesn't have any major investments. I'm afraid that if this doesn't change, the current economic boom will bypass the city and move on to Romania, Bulgaria, and Ukraine. This is the last chance for Prešov.

TSS: What do you plan to do?

PH:Get the economy started and bring the young people back to Prešov.

Prešov clearly has vast financing possibilities. It has a good rating, and with its taxes and assets, all it has to do is issue some bonds and we can raise some major capital. I have prepared a project to build a modern housing estate for young people, about 400 flats, for about Sk2 billion. I also want to build an industrial park.

TSS: The problem of Prešov is that it is in the shadow of Košice, and that it has poor transport connections - you can only get there by rail by transferring in Kysak.

PH: Nothing has been done about transport in Prešov. A bypass road could be created quite quickly, and all the trucks could be directed there, getting them out of the city centre. We can't wait for projects like this to just fall from the skies, however, we have to take the initiative. I can also imagine creating a twin city area out of Košice and Prešov, and creating a counterbalance to Bratislava.

TSS: Do independent candidates have a chance in municipal elections?

PH: Political parties think they have the advantage, but I think people have become allergic to parties because they don't solve real problems but only speculate and make deals. In addition, the strongest candidates in Prešov have already played a role in local politics - the current mayor, the regional chairman, the ex-mayor - but Prešov looks the same as ever. I'm convinced that people want something new..