BANK analysts haven't exactly worn out the list of superlatives in describing the Slovak economy over the years, but the record 9.8 percent growth achieved in the third quarter of 2006 had them groping for words to fit the occasion. 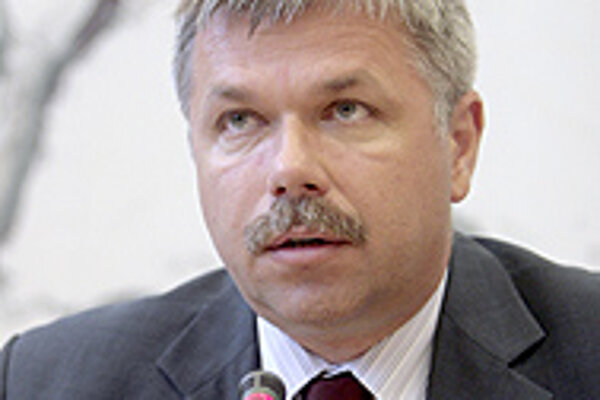 Font size:A-|A+  Comments disabled
BANK analysts haven't exactly worn out the list of superlatives in describing the Slovak economy over the years, but the record 9.8 percent growth achieved in the third quarter of 2006 had them groping for words to fit the occasion.

"It's an unbelievably high number, it's just great," said Vladimír Pikora of Next Finance. "It will go down in history."

The GDP growth figure of 9.8 percent in real terms was released on November 15 as a flash estimate by the Slovak Statistics Bureau, but was expected to be confirmed when more detailed figures are published next month.

In nominal terms, the gross domestic product grew by 13.9 percent in 3Q06 from the same period a year ago to Sk424.9 billion.

The growth was connected largely to a rise in foreign demand for Slovak products, to higher industrial and electrotechnical production, and to an increase in stores of materials for auto industry exporters like KIA and Peugeot-Citroen.

The figures exceeded even the most optimistic forecasts, with most analysts expecting a jump of around 6.6 percent. "This is much higher than we expected," said VÚB bank analyst Martin Lenko.

The GDP figure also booted the Slovak crown to another historic maximum of 35.570 SKK/EUR on November 16, which is over eight percent higher than the exchange rate when Slovakia entered the ERM II "waiting room" for euro adoption on November 24, 2005.

"I think the market players have sensed for several days what the [GDP] numbers were going to be like, which is why the crown has been strengthening," said Unibanka analyst Patrik Malec.

"This kind of growth can only be compared to that of the quickly expanding economies in Asia and the Baltics," he said.

National Bank of Slovakia Governor Ivan Šramko said that the growth figures were surprising but reliable. "We think it [the growth] is healthy," he said, adding that the risks for inflation were minimal. "It is foreign demand that is increasing, in other words not the form of demand that is a risk for inflation," he said.

ING Bank chief analyst Ján Tóth agreed. "It looks as if this strong growth will not lead to economic overheating, but that it will increase new capacities in the economy," he said. "The more growth is based on exports, the less inflationary it is, and thus the less the need to raise interest rates."

Pikora of Next Finance stressed that the growth was a result of the policies of the former Dzurinda government, not the Fico administration that emerged from June elections, and represented a strong argument against rolling back reforms, as Fico has promised.

"These data show that reforms attracted many investors and were successful, even though many people might not like to hear such statements," he said, referring to the unpopularity of reforms with the public.

But it is clear that if reforms continue to produce such economic benefits, the popular view of them may be amended.

The day after the GDP data were published, the Labour Bureau revealed that unemployment in Slovakia, as measured from the number of people registered with labour offices who are immediately available to take jobs, had fallen to its lowest level ever in October at 9.27 percent. The national rate was down almost .48 percentage points from the month before.

However, the jobless data showed massive fluctuations, with the Bratislava I (Old Town) district recording unemployment of just 1.78 percent, and the Rimavská Sobota district in the east of the country at 28.35 percent.

Indeed, the 23.1 percent unemployment rate seen in eastern Slovakia last year was the fourth highest in the 252 regions of the European Union, and was beaten only by the French overseas regions of Réunion, Guadeloupe and Guyana.

Pikora said that with such high economic growth, the Slovak government should focus on reducing the gap in wealth and opportunity between the country's regions, such as by building infrastructure and attracting investors to poorer areas.

"Otherwise, the only growth we will see in poorer regions will be in the number of people leaving for work in wealthier areas of the country," he said.