PRIME Minister Robert Fico says he is convinced that Slovakia could have got more money and better terms in the sale of the Slovenské Elektrárne (SE) electricity utility earlier this year, and intends to find out whether the former government deliberately arranged a sweet deal for the buyer. 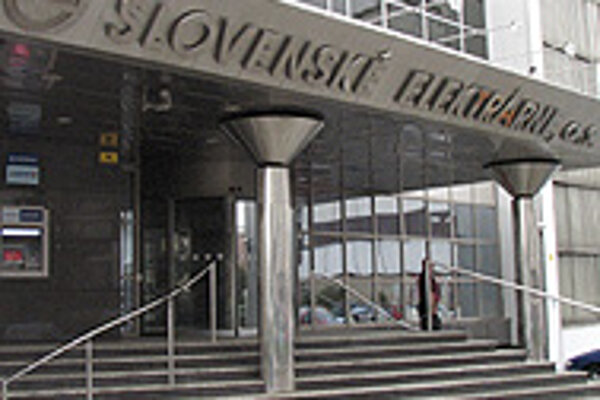 Font size:A-|A+
PRIME Minister Robert Fico says he is convinced that Slovakia could have got more money and better terms in the sale of the Slovenské Elektrárne (SE) electricity utility earlier this year, and intends to find out whether the former government deliberately arranged a sweet deal for the buyer.

A 66-percent stake in SE was bought by the Italian Enel firm in April, but Fico says the privatization contract contains disadvantageous conditions such as an agreement by the state to forego dividends on its 34-percent stake until 2010.

The Slovak leader has continued to accuse the previous Dzurinda administration of corruption since taking office in July, and the SE contract audit is one of several underway concerning assets privatized from 2002 to 2006.

Slovakia is considered a moderately corrupt country, and placed 47th best out of 173 countries ranked on the most recent corruption perception index published by Transparency International. However, political observers say that Fico is obliged to launch such investigations given the weight he placed on the corruption issue during his successful pre-election campaign.

In the case of the SE sale, the prime minister said that the dividends agreement meant that Enel would be fulfilling its commitment to invest in SE through retained profits rather than external sources.

"Explain to me, why do we need this kind of investor, who pretends he wants to launch a big investment program in Slovakia, and then lets [Slovak] people fund the whole thing through electricity prices and dividends," the PM said following a cabinet session on November 8.

"If he's an investor, let him use his own money as well."

But former Finance Minister Ivan Mikloš, one of the architects of the SE deal, said the strategy made sense, as it would eventually increase the value of SE.

"The money will stay in the company and be invested, which will increase future dividends and the future profits for all shareholders, including the state," he said.

Enel has committed to investing about Sk74 billion in SE, including withheld dividends, in the next four to six years. The money will go towards completing the Mochovce nuclear power plant, increasing SE's electricity output, and focusing on renewable resources.

The dividends were also seen by the former government as a kind of state economic stimulus, in keeping with the Energy Act.

Economy Minister Ľubomír Jahnátek recently said that if the state did not find a solution quickly for the 20 percent shortfall in current electricity supplies caused by the closure of two reactor blocks at the Jaslovské Bohunice nuclear plant, as Slovakia promised the EU, "we will have to start closing down some factories".

While in opposition, Fico often criticized foreign investors for paying dividends to mother firms abroad. However, like the state, Enel has also committed to leaving its dividends in SE.

"The decision not to pay out dividends will mean that the money remains here and is invested here, and the state will not lose anything," Mikloš said.