Pricing changes not as Draconian as feared

THANKS to the European Commission, major industrial energy consumers will not be allowed to nominate representatives to the independent ÚRSO energy market regulator in future, nor will the government be able to fire ÚRSO bureaucrats at will if it dislikes their decisions. 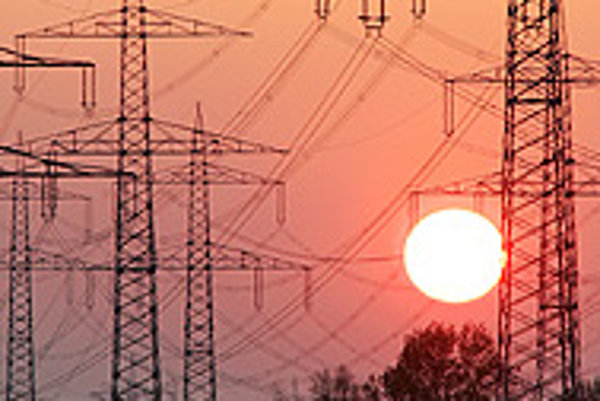 Font size:A-|A+  Comments disabled
THANKS to the European Commission, major industrial energy consumers will not be allowed to nominate representatives to the independent ÚRSO energy market regulator in future, nor will the government be able to fire ÚRSO bureaucrats at will if it dislikes their decisions.

The changes to the original draft of the Act on Regulation, which the cabinet accepted during its regular meeting on November 15, remove two of the most criticized elements of the new legislation, and protect the independence of the market regulator. They were suggested by European experts with the office of Energy Commissioner Andris Pielbags.

However, Slovak energy market players are still not happy with the changes that were approved, saying they will cost the state budget Sk5 billion in tax and dividend revenues due to lower energy prices, result in lower investments, and postpone the introduction of measures to make energy use more efficient.

As of March 1, 2007, the ÚRSO will also be able to regulate the price of silová electricity, which is sold directly from the Slovenské Elektrárne utility at wholesale prices to large industrial consumers, as well as the purchase price of natural gas.

As these price inputs are not currently subject to regulation - industrial consumers, for example, negotiate energy prices directly with the utilities - the draft amendment in effect enlarges the scope of energy price regulation.

The draft says that the Economy Ministry must be given an opportunity to pass judgement on the pricing decisions of the regulator, but that if the regulator disregards what the ministry says, it must merely publish the ministry comment along with its price decision. In other words, the ministry's positions are non-binding.

Finally, the draft extends the period for which the prices of energy for industrial consumers will be regulated to three years, and those for small businesses and households for five years, unless the regulator first decides that the energy market is sufficiently competitive.

The draft pleases large energy consumers such as factories and steel mills, a lobby group that is believed to have significant influence over the Economy Ministry.

"The application of the new rules will being equal rights and responsibilities for all market participants and will lead to fair energy prices," said Tibor Gregor of the Klub 500 association of industrialists. "We regard the most important change as the introduction of regulation for wholesale [industrial] energy prices."

On the other hand, the extra regulation, together with the Robert Fico's government's advertised aim of achieving a cut in energy prices, will have far-reaching effects, according to critics.

"The application of this amendment in practice could endanger the country's energy security, postpone the reduction of energy use within the Slovak economy, and will have a negative impact on the environment," said Martin Hošták of the Employers' Union.

"If the amendment is enacted, it threatens to reduce the level of investment in the economy and in the long run it will lead to far higher energy prices than if we had standard regulation," said former Finance Minister Ivan Mikloš.

In an interview with The Slovak Spectator in September, as the amendment was being scripted, Economy Minister Ľubomír Jahnátek explained what he was trying to achieve.

The draft amendment, he explained, would also allow the regulator to audit commodity prices and purchase costs for energy raw materials.

"To give you an example, the purchase price of natural gas is 54 percent of the final price paid by the consumer. The regulator's current guidelines allow 12 to 20 percent to be added to this cost in the form of "unidentified cost items" that the bureau has no power to audit. These unverifiable cost elements account for 72.5 percent of the final price, leaving the regulator only 27.5 percent to check up on.

"This is simply not a good situation. The current cabinet wants to bring in complex, or 100 percent verification by the regulator."

Jahnátek said that the amendment would also allow "expert circles and the consumer network", in addition to the government and parliament, to nominate members to the regulatory body's council to provide "a new remedial organ for the regulatory office that will far more aggressively represent the interests of the Slovak economy and the Slovak consumer".

Because of the European Commission's intervention, however, this board will not contain private industry nominees as Jahnátek originally proposed.

"The European Commission asked that we leave the members of the regulatory council as they are, so the government agreed," the economy minister said after the November 15 session.

The original proposal even drew fire from government institutions during the review stage. The Finance Ministry, for example, warned that "the submitted draft casts doubt on the status of the regulator, on its independence from the state, and on the qualifications of the regulatory council".

The National Bank of Slovakia, meanwhile, criticized the draft for making it too easy to fire a member of the regulatory council, while the Environment Ministry and the National Property Fund noted that the draft did not say "what the procedure will be for approving energy prices in cases where the Economy Ministry does not agree with the Bureau's proposal".

With most of these objections having been addressed, the complaints were withdrawn.

Prime Minister Robert Fico said after the meeting that the changes would create room for a decline in energy prices next year.

Parliament is due to vote on the bill in December.