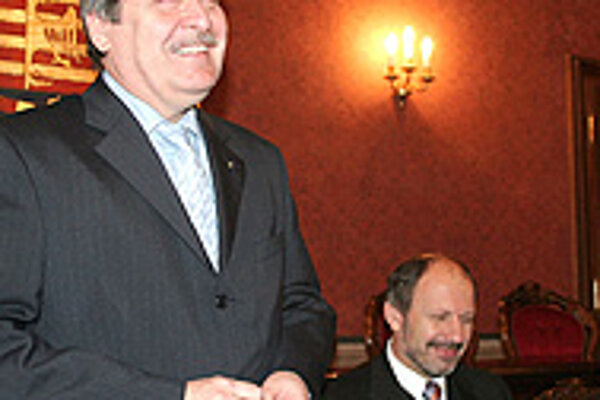 The Slovak Spectator (TSS): The current government is preparing to reshuffle around 300 functionaries in regional state offices in Banská Bystrica, including posts at state libraries and the opera. Does this normally happen when there is a change in government?

Viktor Nižňanský (VN): I consider it normal in countries that have undergone such an extensive transformation as Slovakia did after the fall of Communism in 1989. It's part of the process, but this doesn't mean we shouldn't point out the negatives.

I'm convinced that the number of political nominations should be kept to a minimum in the state administration. Political nominations like the ones you mentioned are of course complete nonsense. Doing such jobs require other prerequisites than politics.

[Smer MP Boris] Zala said recently that a political party should raise its own cadres who, after a change of government, could take over various tasks. I think this is a completely comical statement. I'm not sure whether an opera or a library can be run in a social-democratic, conservative, communist, or liberal way.

The extensive personnel changes to state administration posts after the elections is also proof of an ongoing lack of culture on the Slovak political scene. If they continue like this, [political] parties will not gain the support of the general public but only of their own people, which is unstable. Political parties then wonder why people don't trust politicians, and invent reasons as to why people gradually lose interest in public matters.

TSS: What damage can be caused by political nominations? After all, every government so far has made them...

VN: They are a permanent cause of destabilization in the state administration. They also discourage experts from working for the state, they waste money on the education of state employees, and in the end, the quality of the services provided suffers as well.

I'm convinced that one of the most effective weapons against such sweeping personnel changes is decentralization in all its forms, starting from the transfer [of central government powers] to local bodies, through to privatization.

TSS: Are there any differences between the reshuffle done by the previous and the current governments?

VN: In principle I don't defend political nominations to state posts. I don't think it's good enough just to say that the cabinet's policy can only be carried out by people nominated by the government. A state bureaucrat has to act in line with the law. Should the new political powers that be decide to change the laws according to their political program, and a state employee refused to follow the new rules, he or she should leave.

In some positions, political nominees are inevitable, but the people in these posts should resign automatically when the government changes.

One difference between the reshuffles of 1998 and 2006 is that personnel changes, especially at local state offices, were a part of the overall reorganization of the state during the second Dzurinda government, including the decentralization process and other major reforms. However, despite this, on several occasions I criticized political nominations to local state bodies even while I was still the government's proxy.