CHRISTMAS is less than a month away. The warm weather, however, is failing to remind us that the holiday season is just around the corner. 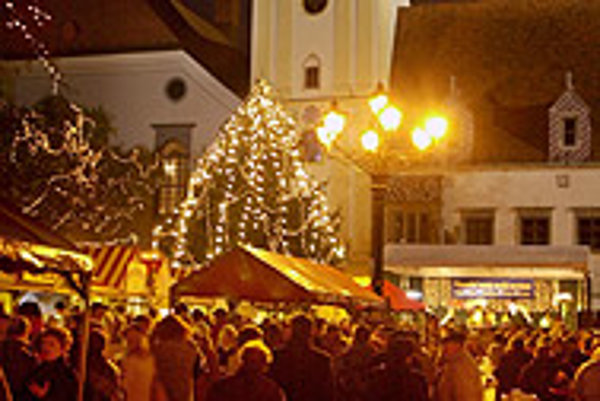 Font size:A-|A+  Comments disabled
CHRISTMAS is less than a month away. The warm weather, however, is failing to remind us that the holiday season is just around the corner.

Lest we forget to buy presents, clean our homes and go through all of the other rituals of Christmas, the main squares of Slovakia's towns and cities are busy preparing Christmas markets, certain evidence that the holidays are coming.

On November 24, the lights on a huge Christmas tree on Bratislava's Main Square were switched on to mark the opening of the city's annual Christmas market. This year, residents and visitors to Bratislava will be able to buy Christmas presents, decorations, handicrafts, and food and drink at 106 different stands. A stage on the main square will host a rich Christmas program, including performances by the folklore ensemble Lúčnica, the opera singer Ján Babjak accompanied by the Golden Violin ensemble and Ján Berky-Mrenica's Devil's Violin orchestra.

"I will be glad if the Christmas market, which has a 14-year tradition in Bratislava, fulfill its original purpose - to bring people together during the time of Advent," said Bratislava Mayor Andrej Ďurkovský.

Part of Slovakia's recent post-communist history, the first Christmas market took place in Bratislava in 1993. City representatives, inspired by the design and dramaturgy of Christmas markets in other European cities (Nuremberg, Brussels, Strasbourg, and Stuttgart), brought this tradition to the Slovak capital. In the few years before 1993 that they were allowed to travel freely, Bratislavans used to go to nearby Vienna to enjoy the atmosphere of the Christmas market.

Since its beginning, Bratislava's Christmas market has been a favourite meeting place for students, the employees of nearby embassies, shoppers and people who just want to enjoy the Christmas atmosphere.

The increasing number of visitors has caused the market to expand. The number of stands has more than doubled since 1993, and the market now sprawls onto the nearby Františkánske and Hviezdoslavovo squares. In the late 1990s, the market also reached into the courtyard of the Old City Hall. In spite of its commercial nature, the market has kept its character and only allows traditional Christmas products to be sold.

Christmas pastries offered at the market include oplátky or trubičky (waffles and rolls normally eaten before Christmas Eve dinner), medovníky (honey gingerbread), štrúdľa (strudel), and bratislavské rožky (Bratislava rolls). In the past, Bratislava was well-known for this pastry, called bajgle, usually filled with orechy (walnuts) or mak (poppy seeds).

The City Council has prohibited the sale of spirits and beer at the market.

In the courtyard of the Old City Hall, the Society of Guilds of Historical Crafts will offer for sale items made by their craftspeople. A few years ago, perfumers joined the ranks of the blacksmiths, basket-makers, potters, glassmakers, and other traditional craftspeople.

Other towns around Slovakia quickly adopted the habit of holding Christmas markets, usually starting during the first week of December and finishing before Christmas Eve. Below is a sample of where and when you will find the larger markets around Slovakia this year.