WITH the Slovakia economy booming along with 9.8 percent growth in the third quarter, and the country's reputation as a tourist destination beginning to take hold, at least within Central Europe, holiday resort operators and travel agencies were upbeat about this year's tourism prospects. 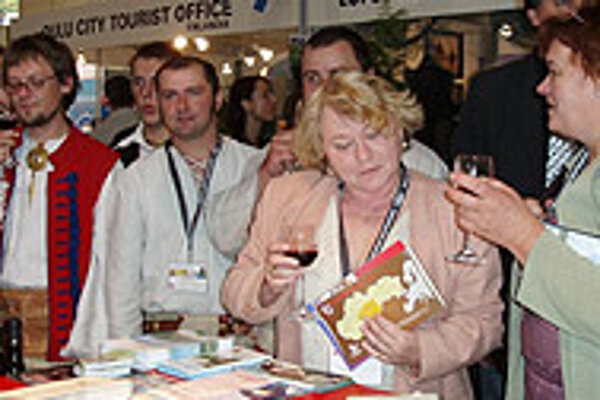 Font size:A-|A+  Comments disabled
WITH the Slovakia economy booming along with 9.8 percent growth in the third quarter, and the country's reputation as a tourist destination beginning to take hold, at least within Central Europe, holiday resort operators and travel agencies were upbeat about this year's tourism prospects.

The first to test the waters was the Slovak Tourism Agency (SACR), an Economy Ministry body, which presented the country's attractions at the Tour Salon 2006 international tourism fair in Poznan in Poland from October 25 to 28.

The number of Polish tourists who visited Slovakia in the first nine months of the year was up 25 percent over 2005, and in some ski centres and health spas in the north of the country, Poles now make up 50-60 percent of foreign visitors. This ratio is even higher, at 70 percent, at the Tatralandia water park in the High Tatras, and at 95 percent in Orava's Meander Park Oravice spa and ski centre in the north-east of the country.

"We've noticed an increased interest among Poles in visiting Slovakia through the large volume of phone calls and mail we get every day at the SACR office in Warsaw," said Ján Bošnovič, the head of SACR in Poland.

"I'm sure that part of the reason is that SACR did some heavy advertising in the Polish media before the winter season."

Roman Weck of Ski Region, an association of the five largest ski centres in Slovakia, confirmed that Polish tourists were the most numerous visitors to Slovak ski facilities.

"About 65 percent of our visitors are foreigners and 35 percent are domestic clients," he said. "Among the foreigners we get the most people from Poland, followed by Czechs, Hungarians, Ukrainians and Russians, and then a few percent from countries like Holland and Denmark. I think the growth potential for the future lies more with the foreigners."

The Sunflowers travel agency in eastern Slovakia's Bardejov, which arranges stays at health spas, said that about 40 percent of their clientele during the holiday season are foreigners, but they did not break the numbers down by nationality.

Following a strong season last year, with its heavy snowfall and long period of freezing temperatures, Slovak ski entrepreneurs are hoping to build on their results, despite the unseasonably warm weather this year stretching into late November.

"The ski season starts officially on December 9, but if the cold weather arrives earlier, ski centres will try to open at least one slope," Weck said.

"Today, almost every ski centre needs to increase its capacity. There is interest here [in skiing], and that's only going to grow, in connection with people's lifestyles. Just like people want to spend at least two weeks by the seaside in summer, in the winter they want to spend at least a week in the mountains. There aren't a lot of outdoor activities in Slovakia in the winter, so the snow is the primary attraction."

Sunflowers Marketing Director Monika Steigerová said that their offers for New Year's packages at spas and wellness hotels around the country were almost sold out, except for a few spots at the Trenčianské Teplice spa in the west and Bardejovské Kúpele in the far east.

"The high occupancy rate at spas and wellness hotels during the holiday season testifies to the popularity of these forms of vacation," she said. "Every year we are seeing an increase in interest in New Year's stays among both domestic and foreign clients."

Weck reported that few major investments had been made at ski centres this year following major recent upgrades, but that the resorts cooperating within the Ski Region association were experimenting with new forms of cooperation to boost business.

"Last year we launched a cable car in Vrátna and Veľká Rača, this year we have made some partial investments such as an electronic accommodation information system at Rača, and increasing the accessibility of Chopok from the south side," he said.

"Another first this season will be a ski pass for all Ski Region centres. A 15-day pass for one person will sell for Sk5,900, which means that one day on the slopes could cost Sk393 [€11].

"It's our first step towards cooperation. We'll see how it works out."

Ski lift tickets have gone up by an average of seven percent from last year, Weck said, due to the constant increases in energy prices. "Today you'll pay Sk690 to Sk790 for a day's skiing at Jasná, but if people take advantage of our various savings, such as the joint ski pass, they can get a day's skiing for Sk400 to Sk500."

Steigerová said that most New Year's packages start at Sk834 per night per person and range up to about Sk3,000. Most packages last from two to seven days, although the list price may not include a surcharge for New Year's festivities, including dinner and entertainment.

She added that many spas and wellness hotels were located near ski centres, especially in the High Tatras (including the Permon in Podbanské, the Grandhotel in Starý Smokovec and the Grandhotel Praha in Tatranská Lomnica), allowing people to combine sporting and relaxing activities.

The most popular spas, both during the Christmas holidays and year-round, remain the Piešťany, Rajecké Teplice, Dudince and Trenčianské Teplice spas in the west of the country.