THE NEW health minister, Ivan Valentovič, has big plans for Slovakia's semi-reformed health care system, which underwent some major changes towards operating according to market conditions under the country's previous right-wing government. 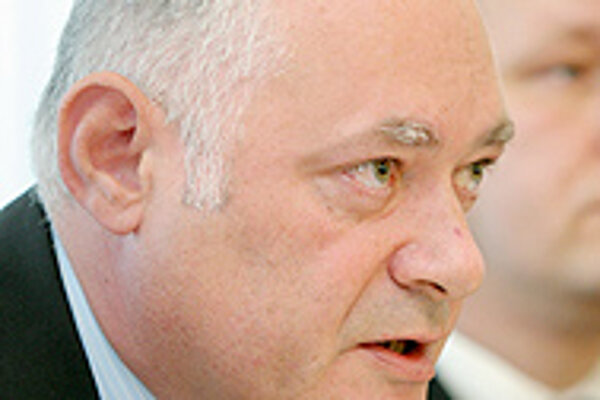 Even after the private sector was given a greater role in delivering health care and state hospital managers were made responsible for the economic results of their facilities, however, the sector remains inefficient and under-funded, and analysts say it will be many years before the quality of care provided matches that in other developed states.

However, critics of the new health minister's plans to give the state a greater role in the sector say that they will actually discourage efficiency and competition, and retard progress.

Nominated to his post by the social democratic Smer party, Valentovič has from the outset campaigned for a stronger state role in health care, and recently said that the ministry was considering introducing a single state-owned health insurance company. The move would require closing the four privately-owned insurers currently operating on the Slovak market, and merging the two state-owned facilities.

Former PM Mikuláš Dzurinda dismissed the plan as "a Bolshevik idea", the same label had had applied to the minister's plan to forcing everyone whose health insurance premiums are paid by the state - including the unemployed, women on maternity leave, and state employees - to be insured by a state-owned company.

"If this plan [forcing people to use a state insurer] is carried out it will mean worse health care, a less functional system, and especially worse services and health care for the state's insurance clients," said former Finance Minister Ivan Mikloš, now an MP for the opposition Slovak Democratic and Christian Union (SDKÚ).

The minister has also come up with a controversial plan to transform VšZP and SZP from joint stock companies into public health insurance companies, which would make them eligible to receive state aid if they ran into financial problems.

Under Slovakia's previous reformist health minister, Rudolf Zajac, state health insurers were changed into joint stock companies to force them to manage their financial resources more efficiently. Zajac's ministry also spent billions of crowns paying off the accumulated debt in the health care system, much of which was due to the former policy of bailing out state hospitals and health insurers whenever they ran into difficulty.

Valentovič, however, insists that the state should be a stronger player in health care, and has said that strengthening state-owned health care service providers would be one of his priorities.

"We want to stop the privatization of health care. We don't want to build a strong private health care sector; quite the contrary," the minister said on October 12 while evaluating his first 100 days in office.

A poll carried out by the GfK agency for the Slovak Health Insurers Association showed that 83 percent of respondents were in favour of the current system whereby people can freely choose a health insurance company and can switch to another insurer once a year if they wish.

This freedom has hurt the state-owned VšZP and SZP, which lost the most clients of any insurer during a fall insurance advertising campaign.

"Half a million people had changed health insurance companies by the end of September. People got used to it [having a choice], they want to be able to switch to better care. The ministry's plan is a step backwards to before 1989 [the fall of communism]," said SDKÚ MP Viliam Novotný, the head of the parliamentary Health Care Committee, in a recent TV talk show.

The ministry is trying to buoy up the declining state insurers by forcing state employees to give them business, but insists that other options are still being considered.

"We want to stress that this area is still only in the preparatory stages. The ministry is considering several alternatives, so I think these debates are premature," said ministry spokeswoman Silvia Balázsiková.