THIRTY YEARS after medical student Ľudmila Cervanová was raped and murdered in Bratislava, the Supreme Court on December 4 is finally to rule definitively on the guilt of the men who have already served time for killing her. 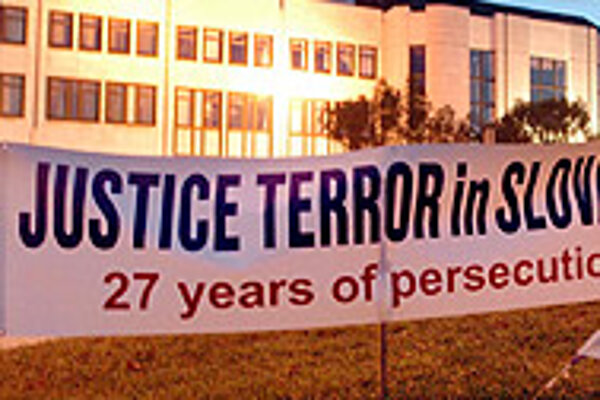 Font size:A-|A+  Comments disabled
THIRTY YEARS after medical student Ľudmila Cervanová was raped and murdered in Bratislava, the Supreme Court on December 4 is finally to rule definitively on the guilt of the men who have already served time for killing her.

After Cervanová's death in July 1976, the case was followed closely by Communist Party officials in the former Czechoslovakia, including party secretary Gustáv Husák. Ľudovít Cervan, the father of the victim, was an air force colonel and, according to information obtained by The Slovak Spectator, Czechoslovakia's military attaché in Libya.

The importance of the case for the communist top brass, and the continued refusal of the courts even today to admit 8,000 pages of evidence that the prosecution hid away in a police archives in Levoča, has encouraged doubts that the men who served time for the crime actually committed it.

Ján Pješčak, who was the attorney general of Czechoslovakia until 1989, told this reporter in 2004 that "the time has not yet arrived for me to start telling the truth about the Cervanová case".

The documents that were sequestered in the Levoča archive under the name "The Hrmo Case" (according to the name of the man who was first accused of the murder) were not found by lawyers for the defence until 2004, but they include testimony from hundreds of witnesses who were at the Unic Club disco on July 9, 1976 with Cervanová. Some reported that they had seen Cervanová get into a car with some Arab men, none of whom resembled the men who were found guilty of the murder. However, this evidence was never admitted in court, nor is it clear who ordered that it be hidden.

"For me, this is clear evidence that the investigation of the murder of Ľudmila Cervanová was grossly manipulated", said Alan Bohm, attorney for the defence, for The Slovak Spectator. "If these witness statements and other documents that were found in the Levoča archive are not included in the case file and are not considered by the current court, it will prove to me that the Cervanová case is being manipulated to this day."

Not a single one of the 315 witness statements taken down by case investigators and found in Levoča says that any of the seven people jailed for the murder were at Unic Club that night. Nevertheless, after five years of fruitless searching for the culprits, the police in 1981 suddenly charged Miloš K., Roman B., Milan A., František Č., Stanislav D., Pavol B. and Juraj L. with rape and murder, while the Bratislava Regional Court sent them to prison in September 1982.

According to the court, the seven men, who were all from Nitra, kidnapped Cervanová from the disco and raped her repeatedly in a Bratislava flat. When Cervanová threatened to go to the police, the court said, the men took her to Kráľová pri Senci and drowned her.

The body was found on July 14, but Cervanová's father was never allowed to identify her in person, only on the basis of some of her personal effects. The fact that an autopsy showed the victim had not been raped also raised doubts as to whether it was really Cervanová that was found.

Kráľová pri Senci Mayor Vojtech Dolinský, who pulled the body from the water, also said that it bore no signs of violence.

Even through almost all of the accused eventually confessed to raping and murdering Cervanová, they also said they had been forced to confess by the police, as well as by the police tactic of putting them in cells with violent offenders. Some of the men even had witnesses and alibis supporting their assertions that they had not been in Bratislava that day, but neither the police nor the courts took this evidence into account.

There was a brief moment of hope for the accused in their long odyssey when the Czechoslovak Federal Court in 1990 overturned all of the previous decisions in the case by the communist courts, faulting 73 procedural and factual errors that had resulted in gross violations of the rights of the accused. The "Nitra Seven" were thus freed after years in jail, while their case was returned to a lower court for retrial.

But their saga didn't end there. After the break-up of Czechoslovakia, the case wound up at the Bratislava Regional Court, which took a record 14 years to come to a decision - confirming the original guilty verdicts.