PRIME Minister Robert Fico rejected reports that his government was considering raising the retirement age to 65 on November 29, saying such a step would be in conflict with the cabinet's program aims. 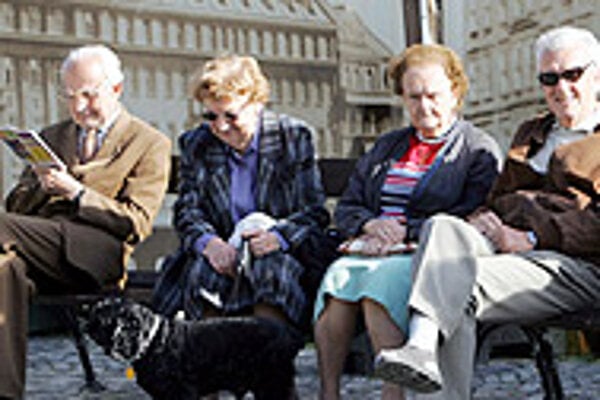 Font size:A-|A+  Comments disabled
PRIME Minister Robert Fico rejected reports that his government was considering raising the retirement age to 65 on November 29, saying such a step would be in conflict with the cabinet's program aims.

"I want to assure you that this information is absolutely untrue. It would be in sharp conflict with the government's program declaration. This is not the road this government wants to go down," Fico said after a regular cabinet session.

Despite the PM's denial, the Finance Ministry had prepared a document for approval at the cabinet session calling for the retirement age to be increased from the current 62 years as the only way of stabilizing the public finance sector in the long term.

The ministry's "Convergence Program" said that "the first group of measures that need to be taken include raising the retirement age to 65 and altering pensions every year in keeping with inflation. While these measures are not currently in force, they were mentioned at the time the pension reform was designed, and they are generally expected to be applied in future."

Fico said the government was fully aware of the financing problems that had arisen with the founding of the second, "capitalization" pillar in the pension system by the previous Dzurinda government. "Thanks to the founding of the second pillar, Sociálna Poisťovňa [the state social welfare company] has a loss of over Sk20 billion, and this will have to be paid. In other words, private companies are accumulating more and more capital, while Sociálna Poisťovňa is losing money, because money for pensions is not flowing entirely to Sociálna Poisťovňa but to [private retirement savings accounts at] private companies as well."

The prime minister said the Sociálna Poisťovňa deficit would have to be covered by the 2007 state budget, which has a planned deficit of 2.9 percent of GDP in order to meet the strict requirements for adopting the euro on scheduled in January 2009.

"This means that the government will actually be allowed to run a deficit of far less than 2.9 percent, because we have to solve the problem of the Sk20 billion. But we are not going to solve it by raising the retirement age," Fico said.

But even the prime minister's own advisors, such as Peter Staněk, say he may have little choice.

"There are three ways to come to grips with the pension system reform. One is to raise the retirement age, another is to reduce pensions, and the third is to run a higher state budget deficit. But we can't cut pensions, or increase the deficit," the advisor said.

Finance Ministry spokesman Miroslav Šmál said he did not expect the retirement age to be raised under this government, despite the content of his ministry's Convergence Program for 2006 to 2010.