THREE YEARS AGO, Graham William Hendrey, a Scot who moved to Slovakia in 1999, set in motion a series of events that has given scores of young musicians an opportunity to express themselves through original music. 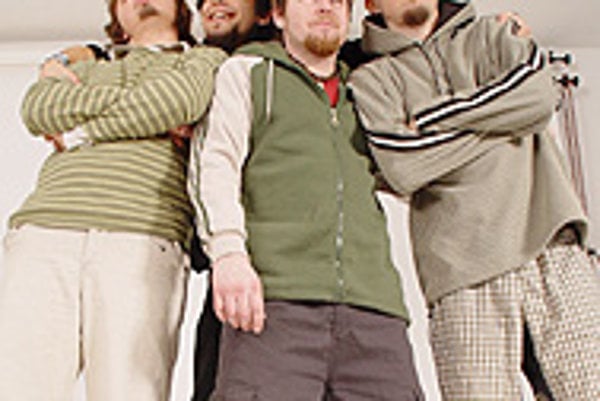 Font size:A-|A+  Comments disabled
THREE YEARS AGO, Graham William Hendrey, a Scot who moved to Slovakia in 1999, set in motion a series of events that has given scores of young musicians an opportunity to express themselves through original music.

Mr. Hendrey is the co-founder of Fruitstandmusic, a Banská Bystrica-based project that provides alternative Slovak bands with a platform to perform their original songs. The project started with monthly open microphone sessions at the local Irish Pub, and has since grown into the largest network of young musicians in the country.

The Slovak Spectator spoke with Mr. Hendrey about his goals for the project and motivation for starting it.

The Slovak Spectator (TSS): What is Fruitstandmusic?

Graham William Hendery (GWH): Fruitstandmusic is a music project that provides young musicians with the safe environment and support network they need to let their talents lead the way. Those who work the hardest and prove themselves to be responsible are also given experience in the skills needed to manage an event, including working with sound equipment, press releases, promotion and logistics.

TSS: Why did you start the program in Slovakia?

GWH:A combination of reasons. While living in London, I met some pretty interesting people, one of whom told me 'don't go to Slovakia', so, of course, I knew right then that I had to. At first, I toured the region, but when I saw Slovak Paradise [National Park], the Tatras and such beautiful castles, it seemed like a different planet.

Then I came to Banská Bystrica to open a language school, and noticed young people were being left out of a lot of town activities. Some tried to improve the situation themselves, but the odds were stacked against them, so I decided to help.

TSS: Why did you choose a music program?

GWH: In London, I worked in a music studio that assisted troubled youths, and saw how constructive it was for young people to put their energy into something positive, like music.

TSS: Tell me about the open microphone sessions at the Irish Pub in Banská Bystrica.

GWH: Open microphone nights have been taking place on the last Sunday of every month for the past three years. Any band can come and do any style of music for any length of time, as long as the music is original. There are very few rules and the bands have their space and time to experiment. In addition, we like to promote the fact that this is not a competition, so there are no losers. The focus is all about community.

The bands really love it because most local clubs only want cover bands. They don't want to take the risk on a new group playing their own music, so this is really about being yourself and doing your own thing.

TSS: Is Fruitstandmusic aiming to become a training course that prepares bands for a career in the music industry?

GWH: No. It's up to the bands whether they want to enter competitions and how they wish to progress, but Fruitstandmusic is about creating a support network and developing at your own speed, not showing others up.

TSS: Some people's reaction will be to think you must be doing this for the money.

GWH: It's certainly not for the money. Anything the program earns is invested back into the bands for equipment, all the phone calls they make and travel expenses. The total profit, above expenses, from our recent BOOM [Best of Open Microphone] festival, for example, was Sk100. It was a perfect example of why I do this.

GWH: For personal reasons. A program like this wasn't around for me when I was younger, and I wish it had been. It's very rewarding to know that some of the program's musicians who have gone off to university always come back to Banská Bystrica to perform at the open microphone. Others have sent me messages from Bratislava or London telling me how much they wish there were something like Fruitstandmusic there. And a guy from Prievidza [in central Slovakia] called me just the other day to ask for help on how to get something started there. If that's not great testimony to what we do here, I don't know what is.

This is the first in a series of articles about Fruitstandmusic. To get involved, visit www.fruitstandmusic.com or contact Graham William Hendrey at gwh@stonline.sk or 0907/873-278.