From plaintiff to accused?

"If I was asked to evaluate the state of the Slovak police since 1989, I would have to say that the police today are in the deepest crisis they have ever experienced," said Jozef Šátek, the former head of the Anti-Corruption Unit of the police corps (2004-2005), in an interview with The Slovak Spectator. 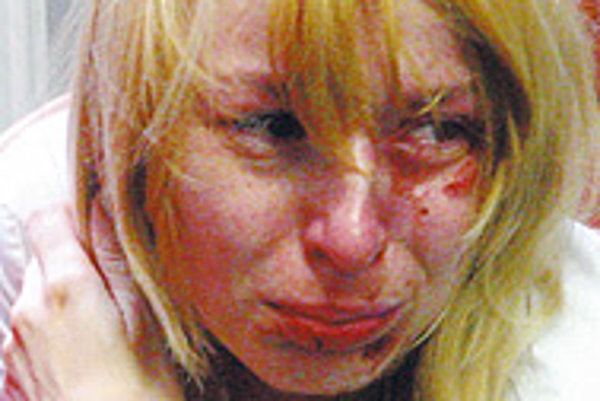 Font size:A-|A+  Comments disabled
"If I was asked to evaluate the state of the Slovak police since 1989, I would have to say that the police today are in the deepest crisis they have ever experienced," said Jozef Šátek, the former head of the Anti-Corruption Unit of the police corps (2004-2005), in an interview with The Slovak Spectator.

Šátek was not speaking principally of lurid recent stories of police wrongdoing, such as the hit murder of a businessman in Central Slovakia carried out last month by two former cops and one current member of the special tactics unit.

Instead, he was speaking of the approach of the police in the case of Hedviga Malinová, a young ethnic Hungarian student who claimed to have been beaten up in Nitra on August 25 by short-haired Slovak youths for speaking in Hungarian.

Police have now begun an investigation of whether Malinová lied to investigators and made up her story. If she is charged and found guilty, she faces up to five years in jail.

The first time the police made this claim was when shelving their original investigation, two weeks after beginning it. Interior Minister Robert Kaliňák announced the verdict at a press conference, citing evidence from the police file including DNA samples that he said proved that events could not have occurred as Malinová described them.

However, the STV state channel later reported that the minister had cited some evidence that was not in the case file, as well as information that was in direct conflict with what police had actually discovered.

According to the police, Hedviga Malinová was not beaten up, despite the pictures of her apparently bloody and bruised face published in the press. However, the case file contains the reports of trauma doctor J.L. from Nitra and surgeon E.M. from Dunajská Streda, who confirmed that the injuries captured on film were genuine, including abrasions, a concussion, a swollen nose and cheek, and cuts in both ears where she said her earrings had been torn out.

Šátek told The Slovak Spectator that according to his calculations, the police had committed 22 serious errors in the Malinová investigation, which in some cases could be classified as abuse of public office. For example, he said that the police had not inspected the crime site until four hours after the crime was reported. Nor does the case file contain any record that the police launched a search for the culprits. And during Malinová's interrogation, an investigator asked her over 20 confusing, misleading and illogical questions.

"These facts strongly suggest that the investigation from the beginning was aimed towards confirming the theory that the attack had been invented, while the alternative version - that it had really happened - was only sporadically documented, if at all. That tells me that the investigator was biased against the plaintiff and did not act objectively," Šátek said.

Slovak human rights activist Miroslav Kusý was also critical of the police approach: "The police made a whole series of mistakes. They shelved the case very lackadaisically. The whole investigation was geared towards finding Malinová guilty. They didn't try to do anything else."

According to Interior Ministry spokesman Erik Tomáš, however, the police acted professionally and with integrity throughout. "The police findings, which have already been confirmed by a prosecutor, are unassailable," he said.

On November 11, the Nový Čas daily published the content of a criminal complaint filed with the police by an anonymous Bratislava resident, who claimed that someone had been guiding Malinová's public statements during the case to give the impression that the police were manipulating the case. This "person" had also led Malinová to accuse the case investigators of pressuring her to confess.

"Her statements, which are untrue, create the impression of Slovakia as a nationalist state where police manipulate the facts, and arouse needless tension between Slovaks and Hungarians that has led to a dangerous situation," Nový Čas cited the complaint.

"Her actions could be considered an incitement to ethnic hatred, and have inflamed a large part of Slovak citizens, even those who do not sympathize with nationalism and extremism. They regard it as an insult, and believe the whole incident was made up to discredit Slovakia. It has created tensions and international pressures. As a citizen I feel that my basic rights and freedoms have been violated. And as a law-abiding citizen who pays his taxes, I think that she has harmed my reputation, because I am a citizen of the Slovak Republic and a member of this nation. When Hedviga Malinová says that the police did not want to investigate her case, I feel injured," the criminal complaint read.

Nitra police spokesman Miloš Fábry confirmed for The Slovak Spectator that based on the complaint of an anonymous person from Bratislava, a Nitra investigator had indeed laid charges - so far not against a specific person - and begun an investigation. Fábry would not confirm the accuracy of the information published by Nový Čas, saying he had not seen the complaint. "I don't know where they got their information from," he said.

Political scientist Grigorij Mesežnikov said that he had been horrified by the diction of the complaint. "I admit it, I'm shocked. The language that was used could have been taken from communist times. If it had pointed to some facts and evidence then it would have been justified, even though it was anonymous, but this is just a collection of feelings and guesses by an unknown person. It's clearly a political denouncement, just like we used to see in the 1950s, and if the police really decided to act on the basis of something like this, then it's a scandal."

"The investigator will collect evidence that will either demonstrate the guilt of a concrete person or not. It is not possible to say when the investigation will be complete, although if an accused is found guilty, they can spend up to five years in prison," Fábry said.

Malinová continues to insist she was beaten up. "I can only continue to say what I have said until now," she told the Hungarian daily Új Szó on December 1. "The pure truth. They won't find any proof of my guilt, because none exists. That's why I know I have nothing to fear. But I no longer have any hope that they will find the truth of what happened to me, because I no longer have any faith in the police."