SOME OF the most interesting results in December 2 elections came from Slovakia's regions, including the end of the 16-year reign of nationalist leader Ján Slota in Žilina and the victory of Bratislava lawyer Pavol Hagyari in Prešov. 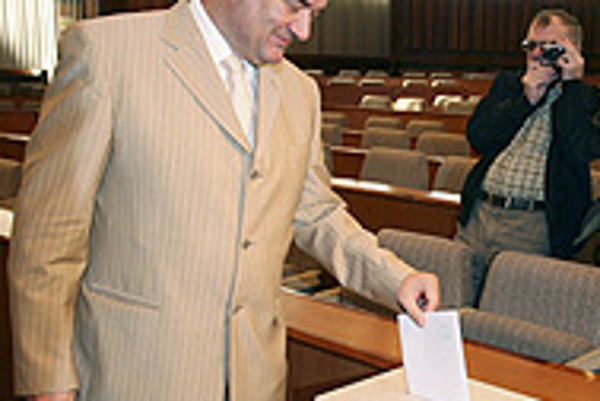 Font size:A-|A+  Comments disabled
SOME OF the most interesting results in December 2 elections came from Slovakia's regions, including the end of the 16-year reign of nationalist leader Ján Slota in Žilina and the victory of Bratislava lawyer Pavol Hagyari in Prešov.

Slota, who received credit for rebuilding Žilina from a provincial backwater into a wealthy European regional capital with a major investor in Kia/Hyundai, also took criticism for running the city like a fiefdom. His opponents claimed that many decisions taken by city hall, especially on town assets, were not transparent.

However, both Slota and election observers faulted a weak campaign for the outcome.

"My opponents mobilized themselves to the maximum degree, and my supporters mostly didn't come out to vote, and that's how it turned out," said Slota after the ballot.

"It was generally expected that he would win, which could have kept his voters at home," said political analyst Peter Horváth. "On the other hand, the opposition parties, who also did quite well here during [June] parliamentary elections, united behind one candidate, while Slota himself was not very active in the election campaign."

The winner in Žilina was Ivan Harman of the Slovak Democratic and Christian Union (SDKÚ) party, who said that "people here didn't like the way he [Slota] worked".

Harman said his first task would be to conduct an economic and personnel audit at city hall to find out what state Žilina is in. "This information was absolutely unavailable [while Slota was mayor]," he said. "For a long time the Freedom of Information Act was simply ignored. That changes today, and I will be keeping all residents informed, including through the Internet."

In this eastern Slovak capital, lawyer Pavol Hagyari, who moved his permanent address from Bratislava only days before lists of candidates were submitted for elections, won over a strong candidate, Jozef Polačko of the SDKÚ, the head of the regional state office.

Hagyari, who blew Polačko away with over 57 percent of votes, won due to the popularity of his election promises, such as free city transit for retired people.

"In Prešov, retirees were turned into second or third-class citizens," Hagyari said in an interview with The Slovak Spectator. "They had all of their advantages taken from them. I want to give them back."

Hagyari said he intended to draw investors to Prešov - he spoke of Sk5 billion and 1,000 new jobs - to give the city's young people a reason not to move away, which would first mean giving Prešov some kind of freeway or rail link that would motivate investors to come.

"Even though Polačko, the regional state boss, was very close to former PM Mikuláš Dzurinda and former Transport Minister Ivan Prokopovič, nothing was done to solve Prešov's transport problems," he said.

Hagyari received several thousand more votes than all his opponents put together, although a right-wing coalition won 17 out of 31 seats on city council.

"I knew I would win," he said. "I'm sure part of it was the prospect of having the central government and regional money tied to Bystrica, because for four years we've been in the shadows where the big money is concerned, and we need that money here. Bystrica always voted left, and I'm a leftist candidate, so I think that was decisive."

Saktor was the fourth leftist candidate the city has elected in a row. He crushed incumbent mayor Ján Králik, who ran as an independent, by promising to use his government connections to return Banská Bystrica to its vibrant health in the 1990s when the Mečiar government spoke of it as a possible new capital and centre of banking for Slovakia.

New Mayor František Knapík, one of five right-wing candidates to be elected in regional capitals around the country, beat left-wing opponent Boris Farkašovský handily. He promised after elections to prepare Košice to host the world championships in hockey in 2011 in combination with Bratislava, and also to apply for recognition as a "European City of Culture".

"I also want to renew city transit and find an economically advantageous model for the city and its districts," he said, adding that he hoped the hockey championships would also bring in new investment.

Jozef Dvonč, the mayor-elect of Nitra with almost 35 percent for a left-wing coalition, also called for an audit of the city's finances before making any moves, because "I suspect that in the past money was not used effectively".

However, Dvonč said he was not "interested in launching any purges, because I don't want to cause chaos. I don't deny that we might downsize, like they're planning to do in the state administration, but I am not in favour of brutal changes."

Dvonč listed transport, security and maintaining the city's green areas as among his priorities.

In Western Slovakia's Trnava, incumbent Štefan Bošnák, with over 61 percent, won his fourth term, bouyed by the city's success in recruiting investors such as PSA Peugeot Citroen and Sony.

"This train is already well in motion," he said. "We want to continue in what we have been doing so far, and to stabilize the number of jobs in the region, invest in schools and transport."

And in Trenčín, right-wing incumbent Branislav Celler won with 40 percent, promising again to improve transport and solve the town's shortage of parking spaces.

Celler also made little of the fact he had won again in a region traditionally regarded as the heartland of the ruling HZDS party.

"All the political parties had the same things in their programs, so I don't expect any conflicts of opinion in city hall," he said.

"It's about just sitting down at the table after elections and getting to work."