THE WILD POPPIES charity program for talented Roma children celebrated the opening of its new photography exhibition on December 6 with an event that brought a curious public and donors together at Bratislava Castle, and evoked the spirit of St Nicholas. 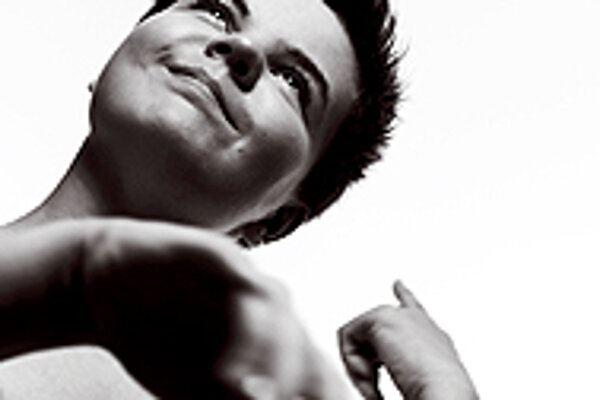 Font size:A-|A+  Comments disabled
THE WILD POPPIES charity program for talented Roma children celebrated the opening of its new photography exhibition on December 6 with an event that brought a curious public and donors together at Bratislava Castle, and evoked the spirit of St Nicholas.

The opening unveiled a stunning collection of photographs of the 36 children enrolled in Wild Poppies, a program that has been gaining attention in Slovakia for its unique method of enabling donors to support an individual child's artistic development and education.

The children's images were taken by Slovak photographer Jakub Klimo, a winner of numerous international fashion photography awards, who donated his time in support of Wild Poppies' charitable mission.

"We wanted Mr. Klimo for the project for two reasons," Jozef Gryga of Pro Donum, the organization that administers Wild Poppies, told The Slovak Spectator. "First, because he's one of the best, if not the best, contemporary photographer in Slovakia. And second, because we felt he was capable of capturing the children's spirit and soul."

That feeling proved exactly right. With remarkable insight, Klimo identified the core of each child's individual personality, and used his sensitive lens to communicate it. Shy children were portrayed covering their faces; the more extroverted were caught making playful gestures. In children in whom Klimo wanted to emphasize a particular feature, such as voluminous silky hair, he zoomed in to get a full picture of their beauty.

The experience was deeply personal. After just a short while strolling through the gallery, one felt they had been introduced to 36 new friends.

And interestingly, all the photos were in black and white, which removed any immediate impression of skin color.

"I will always remember how it felt the first time I heard these kids play or sing," Mr. Klimo said. "It was so powerful, I got lost in it, and forgot for a moment I was there to photograph them. I can only imagine what they're capable of accomplishing."

The event also provided Wild Poppies with the opportunity to put on a little Christmas concert featuring some of the talented children.

The first performers were 13-year-old violinist Karol Daniš and his 15-year-old brother, pianist Norbert Daniš, who played a duet.

Karol and Norbert come from Sereď, and have been playing since they were four, though their family is too poor to buy them their own instruments. The support they receive from Wild Poppies affords them lessons with coaches, travel expenses and foreign language instruction, which they'll need if they want to have an international career.

Aneta Kováčová, 14, also delighted the audience, giving a fearless performance of the song Fallin' by American singer/songwriter Alicia Keys. Aneta once attended an arts school in the town of Želiezovce, but with both parents unemployed, her family eventually couldn't afford it. Wild Poppies is helping her pursue the dream of a professional career.

Aneta was followed by 14-year-old singer Mária Horváthová, from Detva, whose powerful voice and expansive range were reminiscent of one of her idols, the famous Slovak singer Marika Gombitová. With the program's assistance, she is getting the training and individual attention she needs.

After the event was formally brought to a close, the children were flooded with interview requests, and sought after by people eager to tell them how much they had enjoyed their performances. These children, who had just a few months ago been at risk of not having the opportunities they deserved, were now being treated like celebrities.

The 36 children currently enrolled in Wild Poppies are from only three of Slovakia's regions, but, the program has become so popular, as this event proved, it is ready to expand.