A different side of American film 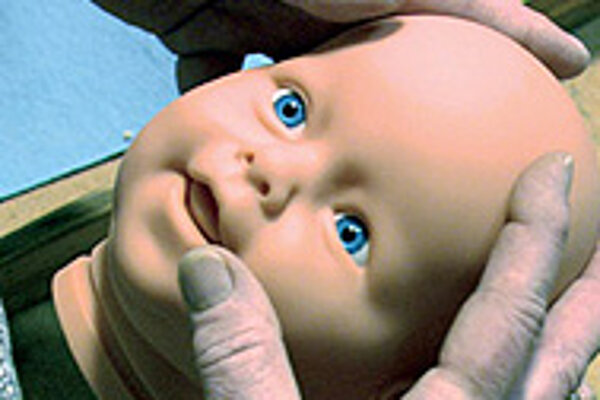 Bubble may be Soderbergh's most innovative film yet. Not because of its less than fascinating plot, involving a love triangle of sorts among blue-collar factory workers that ends in a murder; but rather because everything about this film feels real.

In fact, it is real. The 'actors' are not actors, but local residents of the bleak Appalachian town landscaped with double-wides and water towers where Bubble was filmed. They don't play themselves, but their lives have been shaped by exactly the same forces, and the sincerity of their emotions and words shines through.

Debbie Doebereiner, in particular, who plays the unassuming, prematurely middle-aged Martha, has the most expressive, nuanced face this side of Meryl Streep. In real life, she manages a Kentucky Fried Chicken, but I couldn't help feeling she had somehow missed her calling. Dustin Ashley, as Martha's cherished best friend Kyle, and Misty Dawn Wilkins, as Rose, a young single mother, also deliver perfect, understated performances. The actors wrote much of their own dialogue, and the film was shot in their workplaces, homes, and churches.

Bubble shows an America rarely seen in films that make it to Europe. Everyone in the film takes poverty for granted, although they all work at least two jobs. They are kind and generous and church-going. Their ambitions are modest in the extreme: a friend to share a burger with, a 50-dollar bonus at work, a date on Friday night.

A murder in such ordinary lives might seem out of place, too "Hollywood", but not in this film. Maybe that's because the police detective carries out his investigation in a deadpan, unemotional way entirely consistent with the tone of the film. Or maybe it's because we have already caught a glimpse of the desperation underlying such simple, hopeless lives. But by the time it becomes clear who the murderer is, our understanding of these humble, stoic characters is so deep that sorrow and sympathy seem the only possible response.

Robert Altman's A Prairie Home Companion is a cinematic homage to Garrison Keillor's radio show of the same name. The radio equivalent of a potluck church supper, full of dry Minnesota humor, bluegrass and spirituals, rambling stories, and recipes for powdered biscuits and the odious Norwegian lutefisk, Prairie has aired every Saturday night in the US for the last 31 years. Like Keillor, Altman is a Midwesterner. And the directorial style he is famous for - a large cast, overlapping dialogue, and intertwining stories - captures perfectly the rollicking tone of the original.

The cast is astonishing. There is Keillor himself, with his mellifluous voice and folksy humor. Meryl Streep and Lily Tomlin play a singing-sister act, with Lindsay Lohan as Streep's daughter. Kevin Kline is Guy Noir, a bumbling security guard, and Woody Harrelson and John C. Reilly play Dusty and Lefty, harmonizing cowboys with dubious pasts.

This cast, most of whom are on the dark side of 50, play a well-seasoned radio troupe, more sensitive to each other's moods, eccentricities, and shortcomings than their own. Backstage, they laugh together, cry a little, hug, squabble and then break suddenly, softly into song. Onstage, they are old-time show-biz pros who cover for each other when something goes amiss, finish each other's lines, ad-lib jokes, and croon their way through ballads of their prairie homes and dear, departed mothers with real tears in their eyes.

There is not much plot in this film, and what little there is revolves around death and other endings. A feisty old singer dies in his dressing room, waiting, in his raspberry-festooned underwear, for his 80-something sweetheart. Meryl Streep complains of Keillor's apparent lack of distress over the demise of their short-lived affair. Keillor never does finish telling Lohan how her parents met, though, distressingly, it seems to have involved Lohan's father hanging naked from a kite being dragged by a boat. The Axeman (Tommy Lee Jones) arrives to close the show down on orders of the Texas corporation which owns the theater; the Angel of Death (Virginia Madsen), fetching in a white trenchcoat, stalks the premises, casting a pall over the sweetest, most affectionate moments.

Did Altman have premonitions of his own death? If so, at least he died having produced yet another beautiful, evocative film. As one character in the film notes, "The death of an old man is not a tragedy." Maybe not, but Altman is one old man who will be sorely missed.